Why it’s ‘an exciting time’ in plastics recycling research 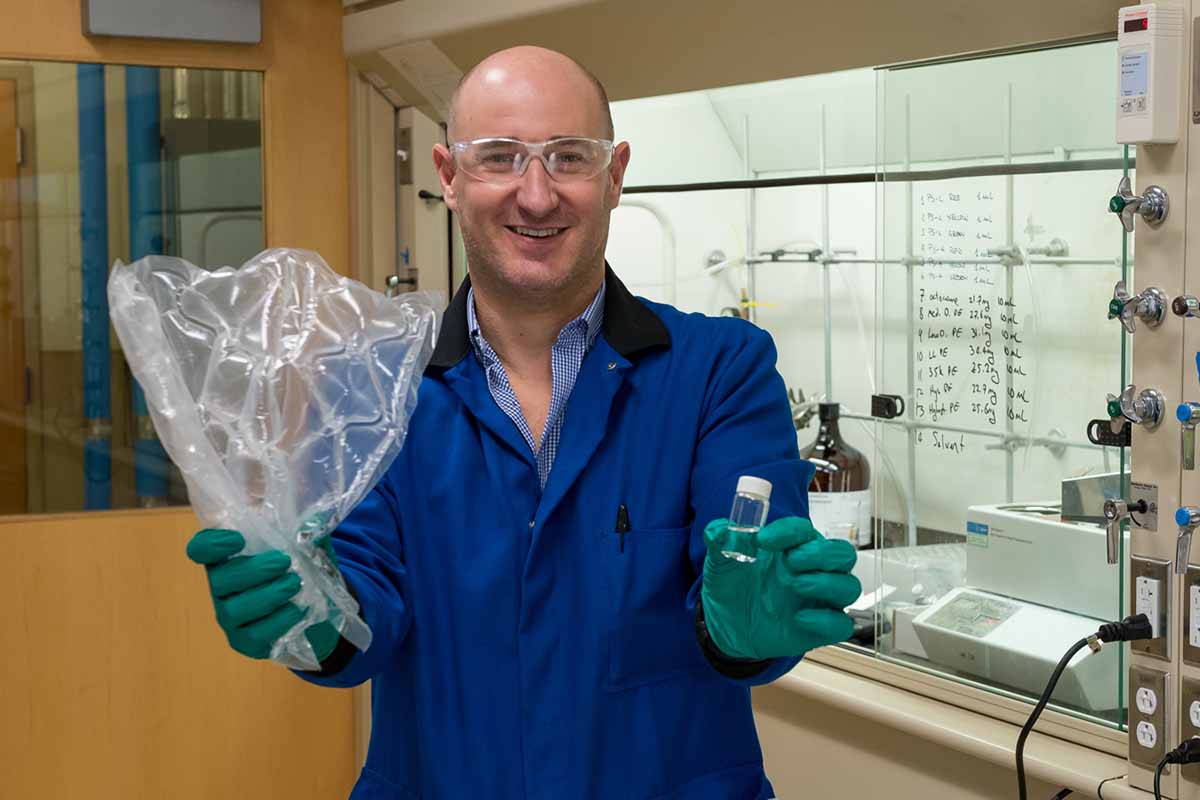 For one scientist at Argonne National Laboratory, moving the needle on plastic recovery is analogous to stopping the spread of COVID-19. In both cases, many minds must come together.

“The COVID vaccine came about in one year because the whole world was working on this problem, because a lot of people worked on that problem right away,” said Max Delferro, a chemical science researcher at the Argonne lab outside Chicago. “To solve the plastic problem, you don’t need one person working on it, you need thousands of people working on it.”

Delferro has witnessed first-hand the significant growth in R&D around plastics recovery recently.

As group leader of the Catalysis Science Program in Argonne’s Chemical Sciences and Engineering Division, Delferro began delving into plastics sustainability five years ago. Since then, media attention on ocean plastics and recycling problems related to China’s National Sword have put plastics in the spotlight and placed a new emphasis on developing solutions.

“For the scientific community, this is an exciting time,” said Delferro. “We can really try to solve this problem of plastic accumulation. … This is how science is adapting to politics. Just a small change and now you have a lot of people really focused and excited to work on this kind of project.”

From plastic bag to motor oil

A key initiative from Delferro’s team of late has been the development of a catalysis process to convert polyethylene to products that have clear market value, such as waxes, aromatics and oils.

That research involved collaboration with scientists at several universities as well as individuals at other U.S. national laboratories. Findings were first outlined in October 2019 in the journal ACS Central Science.

Delferro said the work has led to a partnership with Chevron Phillips Chemical, in which the petrochemicals giant is working to leverage the Argonne research and bring a more sustainable type of synthetic motor oil to market.

“The idea is that 30% of the synthetic oil they sell to Jiffy Lube will come from plastic bags,” Delferro said. “You can essentially drive a high-efficiency car using a plastic bag as a lubricant. That is amazing.”

The Argonne lab is a multidisciplinary research site housed under the U.S. Department of Energy and was originally started in the 1940s to focus on atomic issues. In recent years, the operation has put a focus on “science for a circular economy,” according to Delferro.

Projects geared toward plastics recovery are increasingly important in that context.

“Every year, we produce 380 million tons of plastics worldwide, and probably 75% of that goes to the landfill,” said Delferro. “That comes to roughly 7% of the crude oil that we take from the ground gets lost. The Department of Energy says we have to do something better.”

In addition to the work on plastics-to-lubricants, Delferro’s team is engaged in research to try to build the polymers of the future – materials that have all the same important properties of plastics in the market today but that could be more easily recycled or degraded.

In this area too, collaboration is key, said Delferro. He noted that Argonne researchers are looking to partner with AI specialists at universities and in the private sector to push the polymer research forward.

He said that reaching out beyond the walls of the lab helps spark new ideas, but it also helps scientists keep their work firmly grounded in reality, especially the reality of dollars and cents.

“Sometimes as scientists we don’t think about the economy,” Delferro acknowledged. “But now that we are trying to design new plastics with sustainability in mind we really need to think about economic factors. We cannot make a plastic bag that is 100% recyclable but that costs $100.”