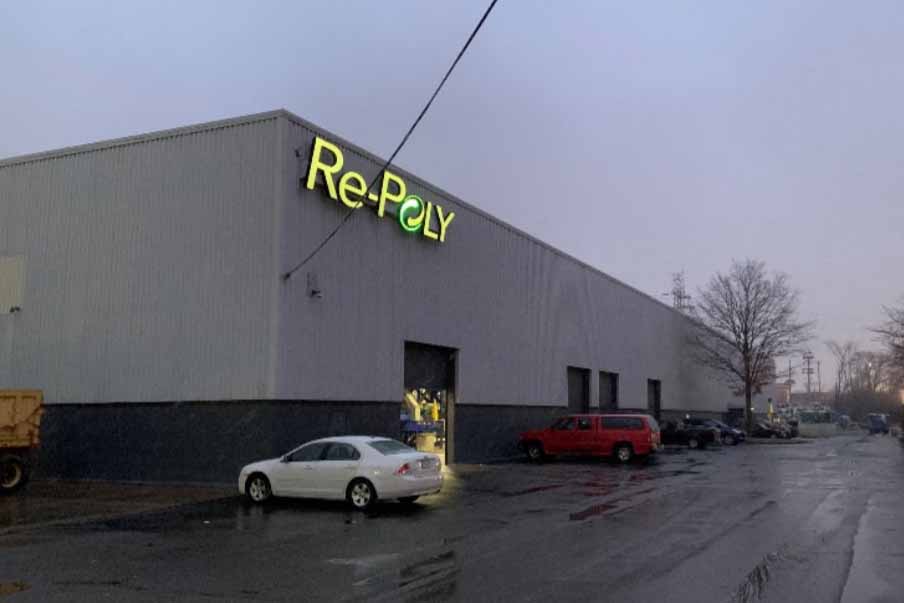 QRS facilities had trouble in recent years as falling resin prices challenged the financial viability of models built around deeper sorts of the plastics recycling stream. | Photo from Ravinia Capital.

A well-known St. Louis plastics recycling operation has been auctioned off, and the processing company is now called Granite Peak Plastics.

Re-Poly, which processes bulky mixed rigids, was previously part of the QRS Recycling family of companies. The St. Louis facility is one of several QRS plants in recent years that has explored innovative sort processes to recover more value from mixed-plastic bales.

But the QRS ventures have encountered falling resin prices that challenged the financial viability of the plastic sortation initiatives, and QRS was forced to close sites in both 2016 and 2017.

The St. Louis operation was the last remaining company operation, but now that will no longer carry the QRS moniker. An investment bank on Jan. 18 announced the sale of Re-Poly to Granite Peak Development, a Wyoming-based industrial services company.

According to court records, Re-Poly sold for $6.75 million. The majority of the sale money was allocated to the bank. Closed Loop Partners, an investment group that previously provided QRS with financial support to expand, was also allocated about $2 million.

In an interview, company chief Greg Janson described the events leading up to the sale, as well as where the plastics recovery facility (PRF) concept is headed given the hurdles these facilities have faced. (Janson serves on the board of the Association of Plastic Recyclers, which owns Resource Recycling, Inc., publisher of Plastics Recycling Update.)

“When you fail at something, there are absolutely tremendous lessons that are learned,” said Janson, former CEO of QRS Recycling and new CEO of Granite Peak Plastics. “If we did it again, we would do it smarter. We would do it slower.”

QRS Recycling expanded “very aggressively” into the PRF space, Janson noted. From its initial plant in St. Louis, QRS opened a division in Atlanta to sort mixed plastics. The company also launched a joint venture with Canusa Hershman Recycling in the Baltimore area, separating materials out of bales of plastics Nos. 3-7.

But the expansion efforts began to falter when markets shifted. The Atlanta facility shuttered in 2016 and liquidated its assets, with the company pointing to a dramatic decline in PET pricing. Material that would have been processed at that site was redirected to the Baltimore-area PRF.

A year later, the Baltimore facility itself suspended operations, and the company again pointed to market challenges and a need to upgrade the facility’s equipment. Ultimately, that plant did not reopen.

“When you fail at something, there are absolutely tremendous lessons that are learned. If we did it again, we would do it smarter. We would do it slower.” – Greg Janson, former CEO of QRS Recycling and new CEO of Granite Peak Plastics

In 2018, QRS sold a large single-stream materials recovery facility (MRF) in Louisville, Ky., leaving the company with only the Re-Poly facility in St. Louis.

The expansions were financed in part by the company taking on debt, Janson said. As the company began to close facilities, that debt remained. Janson noted the bank that held the debt was patient through the process, but that over the past year, COVID-19 “just kind of tipped the scales.”

The company entered receivership and its remaining asset, Re-Poly, was put up for auction. It ultimately sold to Granite Peak Development.

Janson will stay on to lead the company, and the rest of the leadership team has stayed the same. The facility will continue operating as it has been, Janson said. With the sale and name change, Re-Poly no longer exists, and QRS is a dormant company.

“It’s been a very trying five years, to put it lightly,” Janson said.

Beyond the rebrand, the facility is making some operational changes: It is adding capacity to process post-commercial plastics, such as pallets and other parts. And the facility is looking into installing a processing line to handle smaller rigid plastics, Janson said.

Where does this leave the PRF model?

QRS was lauded as an early pioneer in the secondary sortation sector. The company’s troubles in recent years, as well as those of Titus MRF Services – which closed a Los Angeles-area secondary sortation plant this year – raise questions about the financial viability of trying to sort deeper in the plastics stream. Janson said the QRS journey shows, in part, the danger of relying too closely on precarious recycled resin pricing.

“When we jumped in, everyone thought we were in a new normal in pricing,” Janson said. “The reality was, we were in a bubble.”

The North American shale gas boom and increase in plastic production capacity in the U.S. have reduced virgin plastic prices, which contributed to a dramatic fall in recycled resin prices. For example, the QRS Atlanta facility closed after PET plummeted from 19 cents per pound to 6 cents per pound, Plastics Recycling Update reported in 2016.

Though there have been some exceptions (such as current record highs in recycled HDPE values), material prices have generally remained low in the years since then. The current national average for recycled PET beverage bottles is 7.58 cents per pound.

“The way we did it, I’m just not sure that model survived the pricing downturn,” Janson said.

Instead of betting that selling resin on the market will pay for the sorting costs, Janson said, future PRFs should start by focusing on specific buyers.

“When we jumped in, everyone thought we were in a new normal in pricing. The reality was, we were in a bubble.” – Greg Janson

“We would secure demand first – it’s got to start with demand, and go backwards from there,” he said. “If it starts with the end product, and if that end user is willing to participate in aligning the value chain, a lot of things can work.”

Looking back from an operational standpoint, Janson said he would avoid performing a negative sort of containers that weren’t captured by the optical sorters. There isn’t enough yield in that type of sort, he explained, and employing a positive sort might be a better practice in the future.

Janson added he looks forward to working with the new owners to continue in the plastics recovery space.

This article has been updated to add the sale price, which was provided to Plastics Recycling Update in court records.