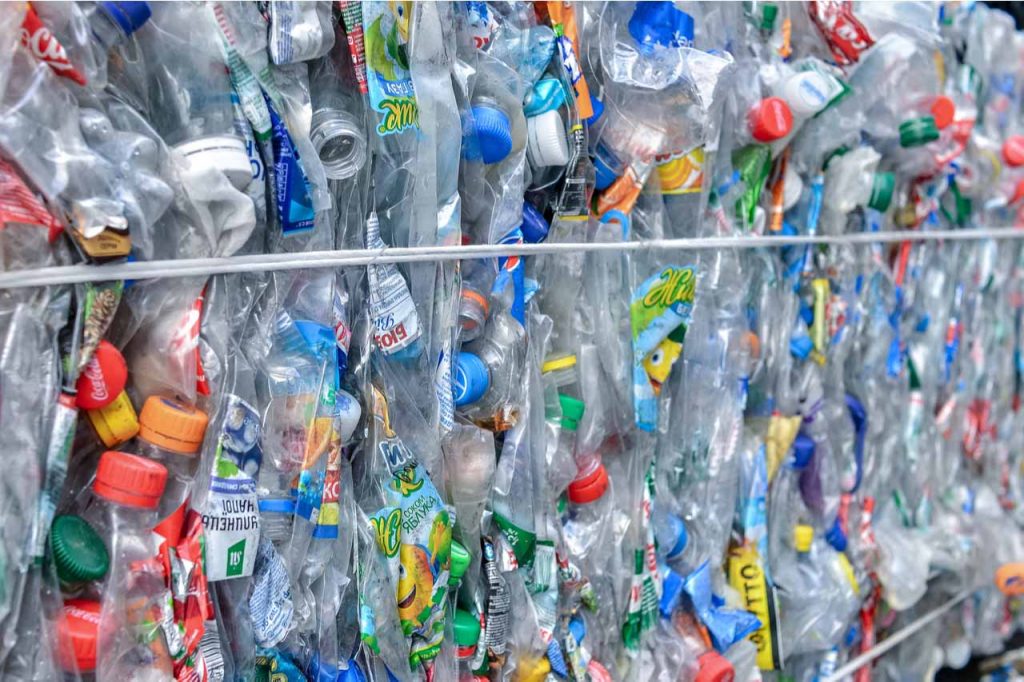 Day one of the virtual APR meeting featured discussions on market trends and more. | Vitaliy Kyrychuk/Shutterstock

Although they can’t meet in person, plastics recycling stakeholders this week are still coming together for the Association of Plastic Recyclers (APR) members meeting, being held online for the first time.

During the first day of the virtual gathering, the trade association offered updates on its recent work, discussed market trends, touched on COVID-19 impacts, and more.

Keeping an eye on California

Recent action around California’s retail bag ban is a significant concern for APR, explained Steve Alexander, president and CEO of the organization.

California Gov. Gavin Newsom in April suspended a statewide single-use bag ban for 60 days, a response to the concern that COVID-19 could be spread via reusable grocery bags being handled in stores.

With the ban on hold, plastic recyclers have felt the impact. That’s because the ban requires reusable bags available to shoppers include a certain amount of post-consumer recycled plastic.

“At least five companies saw all their orders for recycled content evaporate overnight,” Alexander said. He said APR’s focus will be making sure the order isn’t extended for another 60 days following the initial suspension expiring. The current suspension expires later this month.

Plastics recycling-related policy had gained significant momentum through 2019 and early 2020 around the country, and despite the COVID-19 setbacks, APR expects this push will continue. Alexander said that on Capitol Hill, there has been more interest in recycling – and plastics recycling specifically – “in the last 18 months than probably in the last 30 years.”

Current policy discussions include the Break Free From Plastic Pollution act, which Alexander described as an omnibus piece of legislation that includes numerous proposals and would likely be heavily modified from its current form if it were to gain traction.

Other national policy pieces include the RECOVER Act, which focuses on infrastructure funding; the RECYCLE Act, which includes a consumer education program and tax incentives for recycling businesses; and a virgin resin fee proposal floated recently by the Consumer Brands Association.

Alexander also touched on the Ellen MacArthur Foundation’s framework of plastics sustainability commitments, noting that there are over 400 companies that have signed on and pledged to use more recycled-content materials and take other steps. He said APR is currently involved in interpreting how brand owners will work toward goals in the U.S.

He noted a “U.S. plastics pact” had been developed to guide the process.

“It’s going to be the vehicle to take what was developed on a global scale and transition it to on-the-ground implications here in the United States,” he said. For example, the wider global commitment calls for recycled material to go back into the same use, such as a container only being recycled back into a new container. That’s not how the market works in the U.S., Alexander said, so there will be a process of figuring out how MacArthur Foundation requirements, corporate goals and current North American market realities all work together.

Curbside recycling programs have been suspended in some areas due to the pandemic, but some have started back up. Scott Mouw, senior director of strategy and research at The Recycling Partnership, said his organization has tallied 108 curbside program suspensions since the pandemic hit the U.S. Most of those are small-town programs, he added, and most involve a lot of manual handling of recyclables.

Out of those 108 suspensions, The Recycling Partnership has determined 41 have resumed service, with more coming back each day, Mouw said.

But the impact is far from over. “We do see some fiscal pressures on local budgets that will affect these programs,” he said. He also noted the virus impact could lead to additional automation within recycling facilities in the future.

Meanwhile, in the programs that didn’t suspend service, some interesting trends are playing out. Besides increased tonnages in the residential stream as people stay at home, Mouw noted there has been an increase in deposit containers in the curbside stream. Eight out of 10 states with deposit systems suspended some components of those programs due to the pandemic.

“It’s a critical reminder of how complementary those systems are and how they need to function together,” Mouw said.

Also in the markets session, a representative from Walmart said the pandemic will not cause the company to retreat from its sustainability commitments.

There has been speculation among analysts and industry members about whether major consumer goods companies will back off of their recycled content goals as they face COVID-19 challenges. But Ashley C. Hall, director of sustainable packaging at Walmart, said for her company, this is not the case.

“All of our commitments have remained, and are strong,” she said. “And our merchants and our suppliers are all hearing the message loud and clear. … If anything we are leaning in even more into how can we improve design, how can we better educate, how can we do more, faster, so that people put more in the recycling bin.”

She added that she hasn’t heard any companies say they are taking a step back from their work on recycling.

But ensuring there is enough material available to fulfill recycled-content goals remains a challenge. Mouw indicated some projects to increase the supply of recyclables and tackle new streams have been shelved as the pandemic has taken hold.

“In some ways, I think we’ve lost a year in making advances toward those goals,” he said.

Those demand commitments from brands are critical to tackling additional materials in the recycling stream, such as polypropylene.

Mouw said The Recycling Partnership is “very bullish” about increasing polypropylene recovery, as the resin is present in the recycling stream at the same rates as natural and color HDPE. “We think it should be a mainstream collected and sorted and marketed material,” he said.

But market forces are working against making that happen, explained Dan Leif, managing editor of Resource Recycling, Inc. (publisher of Plastics Recycling Update). Resin prices for many recycled plastic resins have been low recently, which makes it less desirable for recycling companies to target additional streams.

“When we’re talking about pulling something like polypropylene, when these values are low, that’s working against a MRF’s incentive to sort it out,” Leif said. When MRFs are dealing with COVID-19 impacts on their operations and wider economic uncertainty, “to be going after a low value resin is going to be a particularly difficult thing,” he said.

Those economic realities underscore the importance of using tools such as corporate goal-setting and policy to drive demand and higher pricing. “It’s certainly not going to happen on its own,” Leif said.