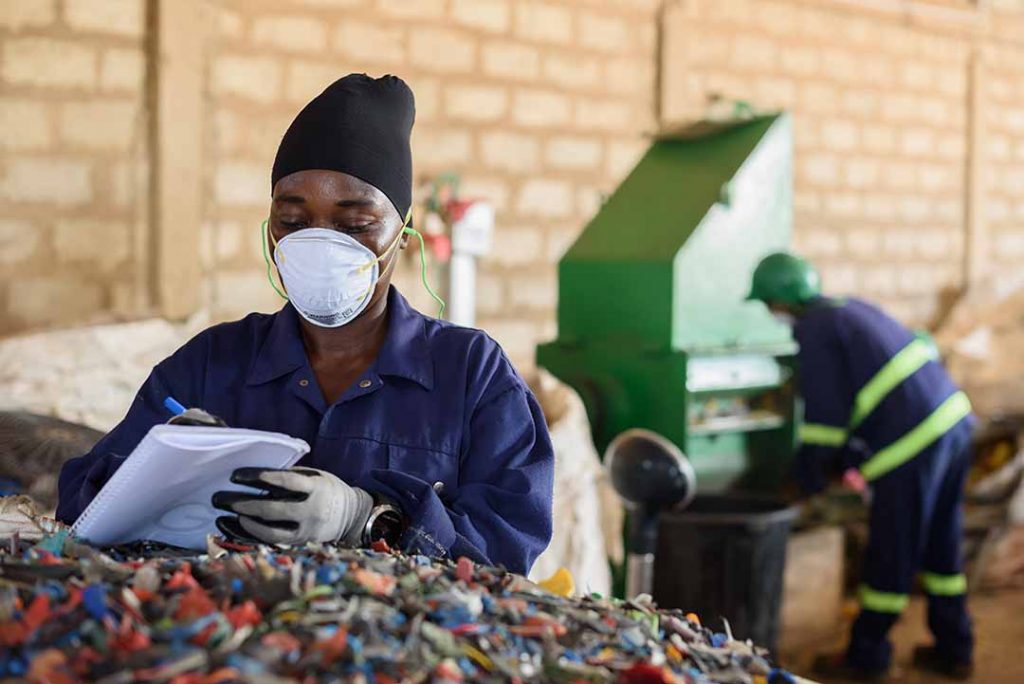 The Alliance to End Plastic Waste announced earlier this month it would be supporting a female-led plastics recycling plant in Ghana. | Courtesy of ASASE Foundation.

The Alliance to End Plastic Waste is currently working to implement more than a dozen initiatives worldwide. The group’s leader recently explained key details, as well as how COVID-19 has impacted progress.

Those initiatives have been selected from roughly 600 applications that have been submitted over the last 15 months.

Duer also noted the organization now has 47 companies that have committed a total of $1 billion to plastic waste mitigation efforts. When the Alliance to End Plastic Waste launched in early 2019, it did so with 25 backers. The group is looking to continue to grow membership and reach $1.5 billion in commitments.

Of the 14 approved projects, around half have seen some level of on-the-ground implementation. Duer noted that the global coronavirus pandemic has caused a temporary halt to much of the work within project communities, but he expects efforts to ramp up again in the months ahead.

“All should be up and running in 2020,” said Duer. “We can’t be as active as we wanted on the ground, but we are making sure that when the possibilities open, we can speed up and act fast as well as continue to approve new projects.”

The Alliance to End Plastic Waste has garnered much attention within the waste and recycling sector since its launch last year, due largely to the huge sum of money behind it. But details on how exactly its funds would be put to use have been scarce.

However, recent announcements as well as comments from Duer help to shed light on the strategy of the group and its corporate backers.

The most recent project made public by the organization is a plastics processing plant in Accra, Ghana that recycles LDPE pouches used to hold water, as well as HDPE bottles and bulky rigid HDPE.

The project, called Closing the Loop, also involves training female entrepreneurs to develop profitable systems of collecting and processing the material. It was launched by a nonprofit entity called the ASASE Foundation in 2018, and the Alliance to End Plastic Waste announced earlier this month it would be supporting the effort.

According to Duer, in its first 12 months, the Ghana operation diverted 35 metric tons of material. The goal is to increase that to 2,200 metric tons over the next year through optimizing a wash line at the facility, installing a de-watering press to dry the LDPE, installing a new shredder and sieve for HDPE, and adding an extruder to produce pellets.

Duer would not disclose the dollar amount of the group’s investment in the project. But he noted the ASASE processing effort aligned with a number of the Alliance to End Plastic Waste’s top priorities.

“It goes broader in addressing some of the sustainable development issues that are an integral part of who we are as an Alliance,” Duer said. “With our investment, not only will we increase the amount of plastic being diverted significantly, but we will also create a higher number of safe and secure jobs in the local community. Also, we don’t want to do one-offs; we want to look at projects that are replicable or scaleable.” 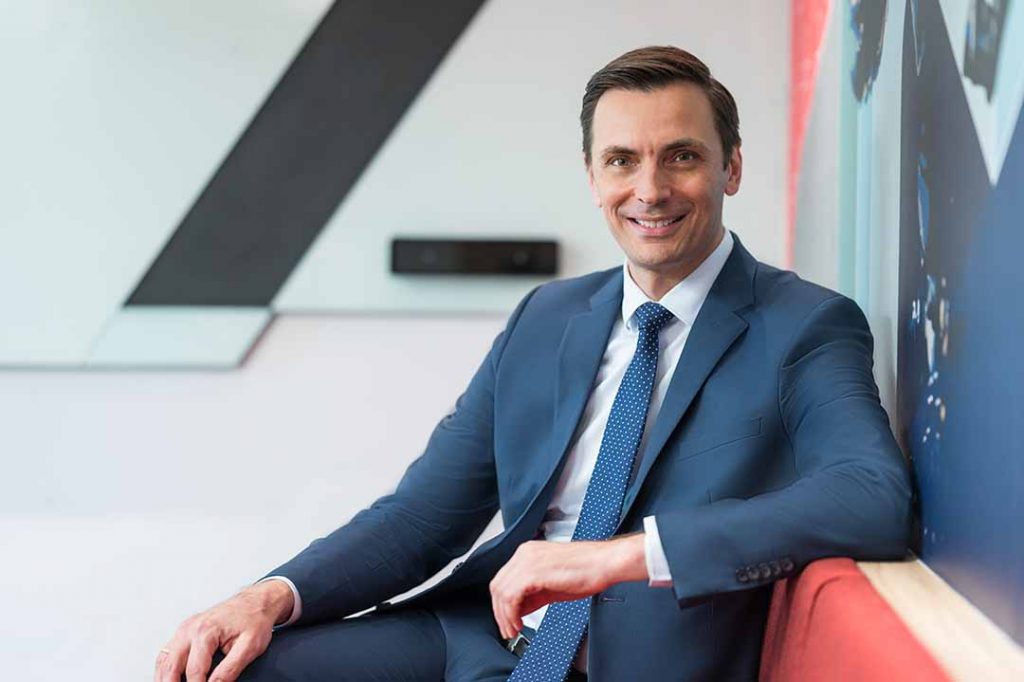 That notion of starting small but with an eye on scaling up is a central focus for the Alliance to End Plastic Waste, Duer said.

Some efforts to mitigate ocean pollution have focused on developing more modern landfills or other large infrastructure improvements in areas of the developing world where discarded plastics frequently become marine debris.

But the Alliance to End Plastic Waste has not gone in that direction in its initial crop of funding endeavors.

Aside from the processing plant in Ghana, other announced initiatives include an effort to keep up to 1 million pounds of plastic per year out of the Ganges River in India, as well as a project built around the development of “social businesses” to help mitigate plastic waste in cities in India and Vietnam.

Duer said in most cases, the group tries to bring money and technical knowhow to promising ideas that are usually already underway and have ties to a local socially minded group.

Duer added that if such initiatives can be solidified through assistance from his group, a door can then be opened to more outside funding for the projects.

“On a weekly basis, I have venture capital and private equity coming to me saying, ‘We have an investment fund focused on plastic waste in the environment,'” said Duer. “Very often,  they are looking for projects that have been ‘de-risked’ and that they can invest in relatively safely. They are seeing us as the matchmaker between where the need is and where funding is.”

One other recently announced partnership from the group brings its presence to the U.S. and Europe.

Late last year, the organization partnered with a Silicon Valley-based company called Plug and Play that runs a platform to help bring investment attention to technology startups in different fields.

In recent months the Alliance to End Plastic Waste and Plug and Play have launched a series of business incubation projects in California, France and Singapore, with the goal of identifying technologies in the market that could assist in plastic waste collection and processing.

Some entities already known within the recycling industry have been included in the incubation effort, including AMP Robotics, Continuus Materials and Resynergi.

“We’re bringing in our own member companies for investment opportunities,” Duer said. “And from the Alliance perspective, we’re asking, ‘Are there some we want to invest in for scalability and replicability? The answer is yes.”

As Duer and his colleagues waited in recent weeks for lockdowns to be lifted in Asia and elsewhere so that on-the-ground projects could resume, they also took part in virtual presentations tied to the Plug and Play venture. These gatherings attracted interested investors from around the globe.

In fact, Duer said that because the meetings were held virtually amid the COVID-19 pandemic, the audience was significantly larger than an in-person event would have been. The interest also may signal a wider trend.

“Sustainability is only going to get more important as we move into a post-coronavirus environment,” said Duer. “We have seen a significant increase in waste generation due to the situation. The importance and priority of the Alliance is going to get even bigger as we move out of the current period.”