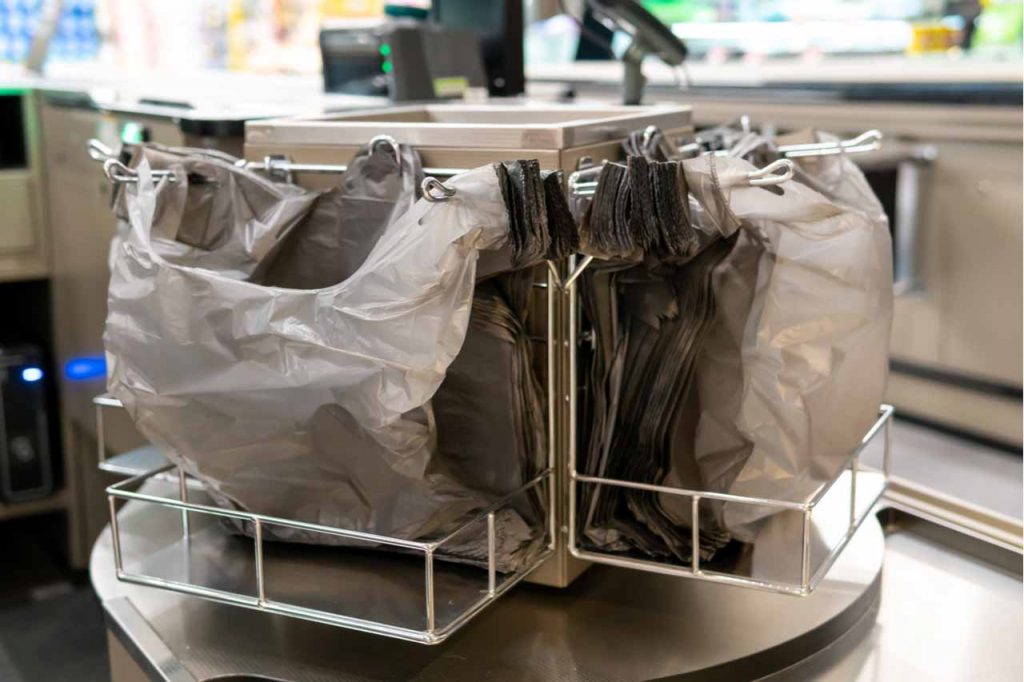 The requirements apply to bottles that are 1 gallon or less and hold water, soda, beer or wine, among other types of drinks.

The Washington Department of Ecology would be charged with deciding whether to give beverage companies waivers of the requirements. In making the determination, the department director would have to evaluate a number of factors: the supply and demand for post-consumer plastics, collection rates, bale availability, availability of recycled plastics suitable for meeting the requirements, and more.

Under the bill, manufacturers missing the targets would be subject to fees, with the amounts varying depending on how far off target the company is. The penalty would be a per-pound fee on the company’s total pounds shortfall.

For example, a level one violation would occur if the beverage brand only got three-quarters of the way to a particular percentage target. In that case, the Department of Ecology could charge the company a fee of between 5 cents and 15 cents for each pound the company came up short. At the other end of the spectrum, a level five violation could see the state penalize the company between 25 cents and 30 cents per pound.

The Department of Ecology would be given substantial leeway in waiving or reducing fee amounts, however.

Beverage companies could appeal the Department of Ecology director’s decision on whether to grant waivers, as well as appeal any fees imposed. Appeals would be heard by the state Pollution Control Hearings Board.

The state House of Representatives passed the bill on Feb. 13 in a vote of 64-32. The Senate voted 28-21 on March 10 to approve it. The bill now heads to the desk of Gov. Jay Inslee, a Democrat known for backing environmental protection.

It also imposes a number of requirements on the paper and thicker reusable bags that are still allowed.

To start, reusable plastic bags would need to be at least 2.25 mils thick (1 mil is equal to one-thousandth of an inch) and contain at least 20% post-consumer content. The post-consumer content requirement jumps up to 40% starting on July 1, 2022. Then, starting on Jan. 1, 2026, the minimum allowed thickness increases to 4 mils and the reusable plastic bag fee increases to 12 cents.

The state House of Representatives approved the bill on March 7 with a vote of 67-29. The Senate approved it on March 9 with a 33-15 vote. It now heads to Inslee’s desk.

If signed, the entire U.S. West Coast would have bag bans in place. California voters in fall 2016 upheld the state’s bag law, and Oregon’s law went into effect Jan. 1, 2020.