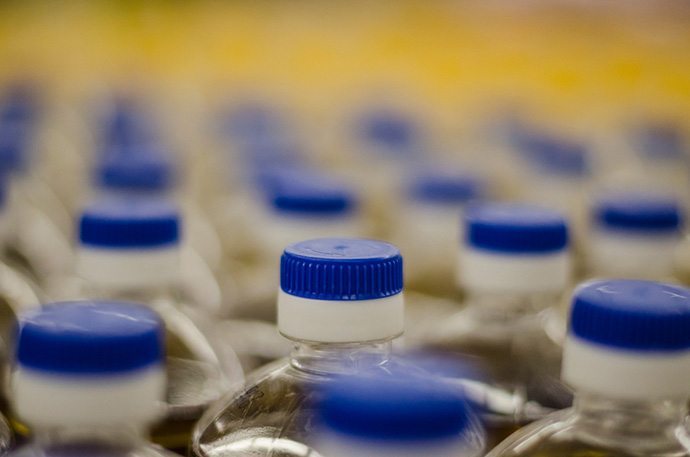 Legislation in Washington would require beverage manufacturers’ containers to have an average of 10% recycled content starting in 2022. | Yokolev Sergey/Shutterstock

A bill that has cleared the Washington state House of Representatives would mandate minimum levels of recycled plastic in beverage bottles.

The requirements would apply to a wide variety of beverage containers smaller than 1 gallon (with the exception of infant formula).

Under the bill, the Department of Ecology would be charged with deciding whether to give beverage companies waivers of the requirements. In making the determination, the department director would have to evaluate the supply and demand for post-consumer plastics, collection rates, bale availability, availability of recycled plastics suitable for meeting the requirements, and the carbon footprint association with shipping the recycled resin.

Manufacturers could appeal the director’s decision to the state Pollution Control Hearings Board.

Last year, in California, Gov. Gavin Newsom vetoed a recycled-content bill over his belief that its waiver process, which was similar to the one proposed in Washington, undermined the intent of the bill and put the burden on the state of proving manufacturers could meet the targets.

In the Evergreen State, advocacy group Zero Waste Washington hailed the House passage of the legislation.

“This bill is important because the cost of virgin plastic resin is so inexpensive due to the glut of oil and gas in the US,” Heather Trim, executive director of Zero Waste Washington, stated in a press release. “Furthermore, making bottles out of recycled plastic uses about 75% less energy than creating virgin plastic bottles, helping address climate change concerns.”

The House voted 64 to 32 to pass the bill on Feb. 13. A companion bill, SB 6645, is currently in the Senate Committee on Environment, Energy & Technology.

Washington does not have a statewide container deposit program.