How a new domestic end market for HDPE emerged 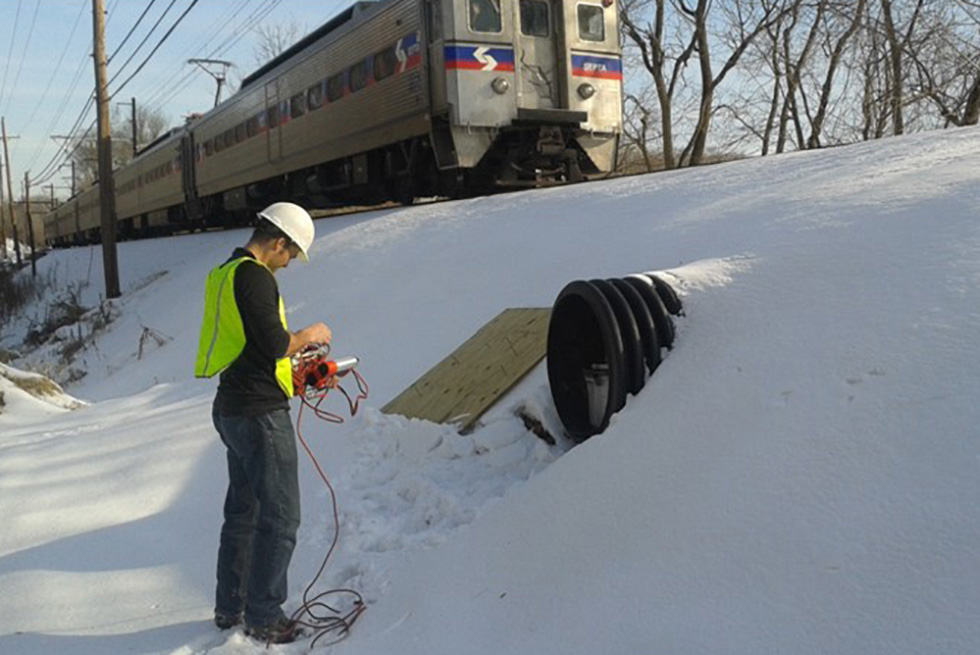 A group’s green light to use recycled HDPE in road drainage pipes opens a potentially massive market for recovered plastic. Officials recently explained the work that drove the decision.

The American Association of State Highway and Transportation Officials (AASHTO), a group whose members include state departments of transportation (DOTs), last year approved a new specification for corrugated HDPE pipes used under roads and rail lines. Ranging in size from 4 to 60 inches in diameter, the black pipes have, for decades, been made out of virgin plastic, as was required by the specifications.

Recycled HDPE was already used in pipes serving private properties’ storm drainage needs. The new M 294 R spec removes a roadblock preventing DOTs from buying post-consumer and post-industrial HDPE pipes for use in highway projects and under other public rights-of-way.

“We really feel it’s going to be a game changer for both the industry as well as for states, because, frankly, it’s a much more sustainable way to produce and manufacture pipes,” said Michael Pluimer, owner of Crossroad Engineering Services and assistant professor at the University of Minnesota-Duluth. “I think it’s something that states will benefit from greatly.”

Pluimer, who tested the durability and service life of recycled-content pipes, was speaking on a recent webinar co-sponsored by the Northeast Recycling Council (NERC) in collaboration with the Association of Plastic Recyclers (APR). (APR owns Resource Recycling, Inc., publisher of Plastics Recycling Update.)

Navigating the road to approval

Pluimer was involved with researching the durability of recycled-HDPE pipe, including work that was done as part of his dissertation, published in 2016. The National Cooperative Highway Research Program provided $950,000 to fund two research efforts, and the Southeastern Pennsylvania Transit Authority sponsored Pluimer’s dissertation work at Villanova University, he said.

When it comes to failures of these pipes, which are used in storm sewers and culverts, the primary concern is breakages that occur when the pipe is under a low or medium amount of stress over a long time period, Pluimer said. To test virgin plastic pipes, a sample of plastic is notched before it’s heated and put under stress, a procedure that’s officially called the notched, constant ligament-stress (NCLS) test.

But that test doesn’t provide insight into how contamination affects stress cracking, so they developed a testing procedure for un-notched plastic specimens, called the un-notched, constant ligament stress test (UCLS). Using this procedure, they tested recycled-content plastic samples under three different conditions: 80 degrees (all temperatures Celsius) at 650 pounds per square inch (PSI), 80 degrees at 450 PSI, and 70 degrees at 650 PSI.

The data allowed Pluimer to develop a model for how long different pipes would last in the field. It found that a pipe with 98% PCR under 500 PSI at about 23 degrees would last over 100 years, Pluimer said.

Next, he led experiments testing the accuracy of the mathematical model by putting immense amounts of stress on recycled-HDPE pipes. That work involved two different testing methods: using specially designed lab equipment to put 1,637 PSI on pipe, and, separately, burying a section of pipe and placing concrete blocks on the soil above, generating 1,528 PSI. In all cases, when the model indicated the pipe would fail, it did, and when the model showed it wouldn’t, it didn’t.

“So, basically, we went nine for nine on every single pipe that was tested – it matched our predicted results in the model,” Pluimer said.

Additionally, a three-year study was conducted evaluating the performance of recycled-content piping buried only two feet under railroad tracks, he said. The project tested both virgin and recycled-content sections, installing gauges to record the impacts of stress on the products.

“They performed pretty much identically through the entire duration of the test,” he said.

AASHTO approved – and in June 2018 published – a revised M 294 standard allowing recycled HDPE in the pipes. Additional periodic testing is required for the recycled plastic version, however, including an oxidation induction time test, elongation at break test, and the UCLS test developed by Pluimer.

The auditors also select samples of pipe to be tested by outside labs, which examine carbon content, inside diameter, liner thickness, stiffness/flattening, brittleness, markings, perforations, oxidation induction time, elongation at break and density melt index. Those labs also run the NCLS and UCLS tests, which involve applying heat and stress to see when the plastic breaks. NTPEP puts the test results next to the manufacturers’ own test results, sharing the data with state DOTs.

ADS estimates that about one-quarter of all of the U.S.’s pigmented HDPE collected at the curb is recycled into ADS drainage products, Babcanec said.

When it came to developing a recycled-content M 294 pipe, ADS found that blending different feedstocks is key to ensuring the pipe meets AASHTO specs, because post-consumer material performs fairly poorly on its own, Babcanec said. On the other hand, the post-consumer material is at least consistent in its performance, making it easier for Green Line to successfully formulate blends.

The blending occurs in two stages, both of which are important for boosting properties of the finished pipes. Green Line does “salt and pepper blending,” or mechanically blending flakes from post-consumer and post-industrial sources. Then, to further homogenize the plastic, Green Line melts and pelletizes it, Babcanec said. Because PP caps on HDPE bottles are difficult to sort out, PP contamination is a significant issue. But PP and HDPE melt at different temperatures, meaning Green Line is able to remove the PP before pelletizing the HDPE.

Through the testing, which was conducted with Battelle Laboratories, ADS developed an M 294 R pipe made up of 80.5% recycled HDPE, 15% high-molecular-weight virgin HDPE, and a 4.5% additive package, Babcanec said. The high-molecular-weight HDPE further increased stress crack resistance in the pipes during the NCLS and UCLS tests, he noted.

Where the plastic meets the road

Bedard, director of APR’s Olefins/Rigids Program, emphasized the importance of the new spec to boosting domestic demand for recovered HDPE. APR, with assistance from NERC, plans to undertake other activities to support the effort, including creating a directory of pipe manufacturers, publishing case studies, conducting other education and outreach, and measuring the market impact of the project.

Babcanec noted the spec allows manufacturers to recycle single-use packaging into a durable product with a long life. And that product is well suited for scrap material because color doesn’t matter (it all gets dyed black to improve the product’s UV resistance anyway) and odors aren’t a concern.

“We’re taking … single-use plastics that maybe, at most, have a six-month service life and we’re literally turning those into a product that’s going to last over 100 years,” Babcanec said. “I think it’s something that everyone can be proud of.”

When asked about pricing differences between virgin and recycled M 294 pipe, Babcanec said the prices are similar, if not the same. He noted ADS and other manufacturers have to perform more testing on the recycled-content pipe. But Babcanec also said recycled plastic brings the ability to ensure a consistent feedstock supply, which is important in situations such as Hurricane Harvey, which interrupted virgin plastic availability from Gulf Coast plants.

Pluimer said he thinks there will be some ebbs and flows with regard to pricing, but some states are ready to pay more for recycled-plastic pipe.

“There are some states that we see that are wanting or are interested in paying a premium for materials manufactured with recycled content just because of the benefit from a sustainability standpoint,” he said.

This article has been corrected to state that ADS developed an M 294 R pipe with a 4.5% additive package. Because of a typo, the article previously indicated the wrong percentage of additive in the product.