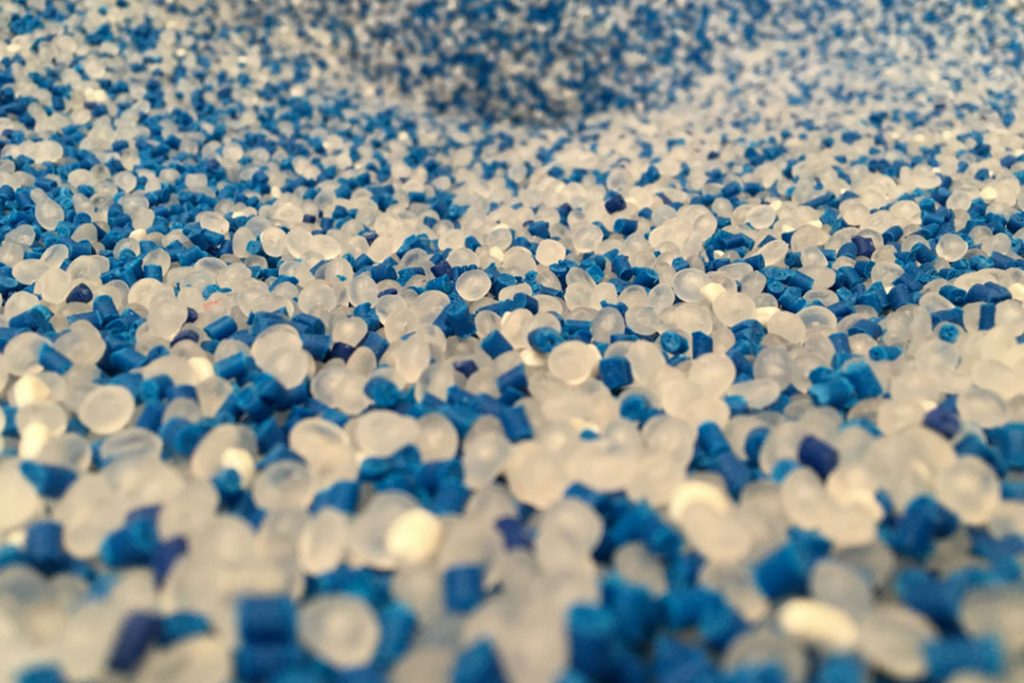 Virgin resin producers Borealis and Indorama have made ambitious recycled plastic commitments, but post-consumer plastic still makes up a tiny fraction of what they sell.

The Ellen MacArthur Foundation this fall published a progress report for its New Plastics Economy Global Commitment. The document laid out where companies are at relative to goals they’ve pledged as part of the commitment.

Much of the report covers consumer goods and packaging companies, but it also included responses from resin giants Borealis and Indorama, both of whom signed onto the global commitment in October 2018. The companies detailed their work incorporating recycled plastic into their product portfolios.

Post-consumer plastic currently makes up 3% of the company’s resin offerings.

This was a “significant year” for Thailand-headquartered Indorama’s PET recycling efforts, according to the report.

In March, the company “started the commercial production and marketing of 100% RPET pellets made from PCR PET bottles in Europe,” producing 16,000 metric tons per year. Indorama plans to expand that capacity.

The company also began producing RPET through a depolymerization process in Europe. Indorama is scaling up production during the fourth quarter of 2019, anticipating 10,000 metric tons per year of chemically recycled PET during the first phase of the project.

“In summary Indorama Ventures has entered into a tremendous journey, to energize the circularity of PET resin production and is making progress in delivering on its 750,000 tonnes of reclaimed PET ambition by 2025,” the company wrote. The report also highlighted Indorama’s announced investment of more than $1 billion in its recycling division.

Indorama this week announced its acquisition of another PET reclaimer, Green Fiber International of Fontana, Calif.

Post-consumer plastic makes up about 0.5% of Indorama’s resin offerings.