EPA: US recycled less plastic in 2017 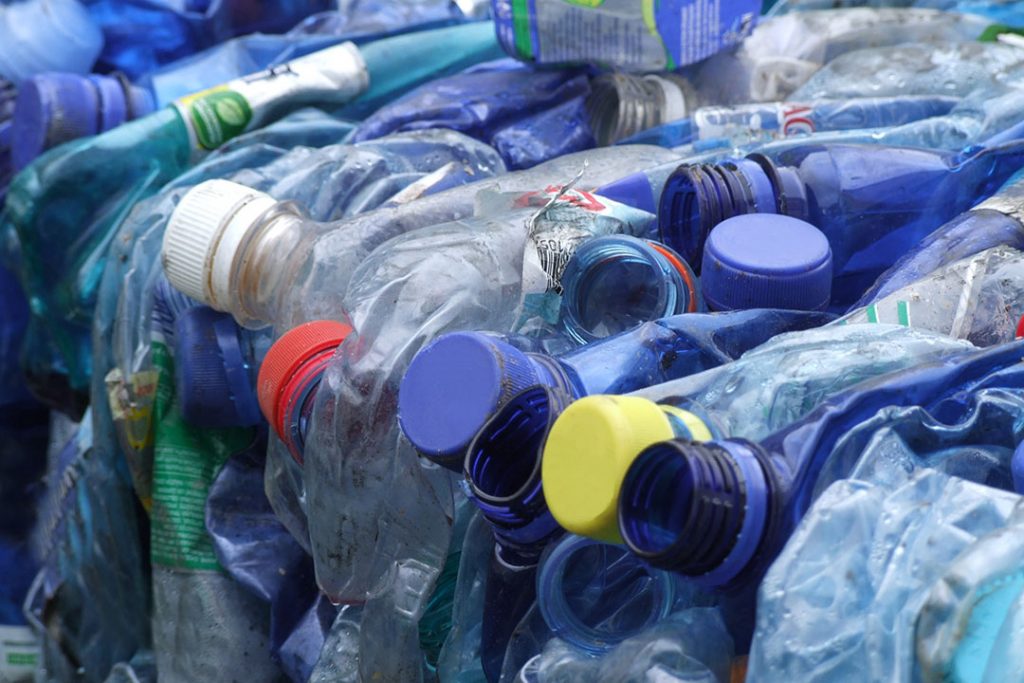 The U.S. plastics recycling rate fell to its lowest level in half a decade, recently released figures show.

The plastics recycling rate decreased from 9.0% in 2015 to 8.4% in 2017, according to the U.S. EPA. The agency this month released national waste generation and recycling data for the years 2016 and 2017. The prior data release, which occurred a year and a half ago, covered 2015.

The 8.4% recycling rate covers plastics used in both durable and nondurable products. The last time it was this low was in 2011, when the recycling rate was 8.3%.

In terms of plastic packaging, a category of nondurables, the rate decreased from 14.6% in 2015 to 13.0% in 2017. The data showed relative strength in the recycling rate for PET and HDPE natural containers but a significant drop in the rates for “other plastics containers” and films.

The following are recycling rates for specific packaging categories: 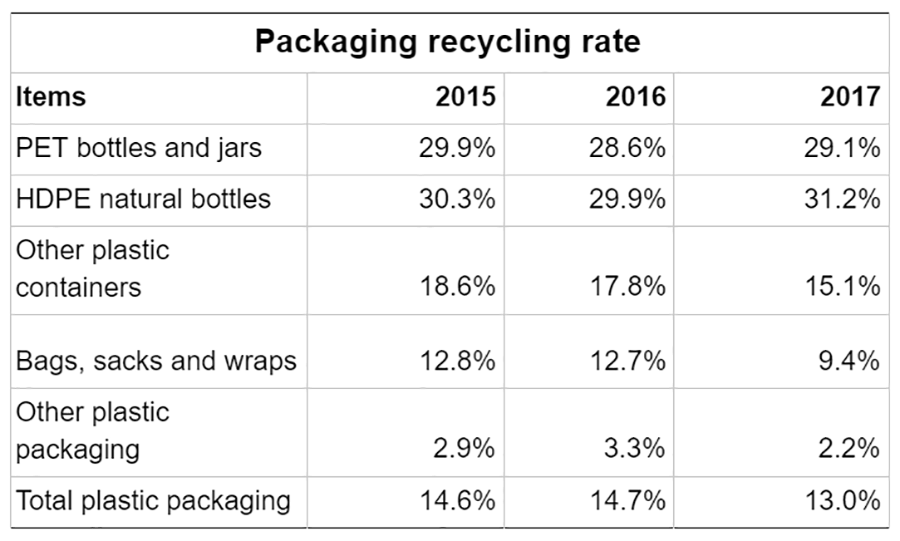 The American Chemistry Council (ACC) released a statement responding to the EPA’s report. The industry group pointed to China’s National Sword campaign as a reason for declines, but the organization also noted there have been announcements about domestic recycling investments.

“These announcements are coming from across the value chain, from plastics makers and consumer brand companies, to traditional and advanced recyclers, which are adapting quickly and decisively to the new landscape,” Steve Russell, vice president of ACC’s Plastics Division, said in the statement. “Data show that domestic markets for recycled plastics are increasing, and we expect this trend to accelerate.”

EPA released the data in conjunction with America Recycles Day, which was Nov. 15. The administration also released a National Framework for Advancing the U.S. Recycling System document.