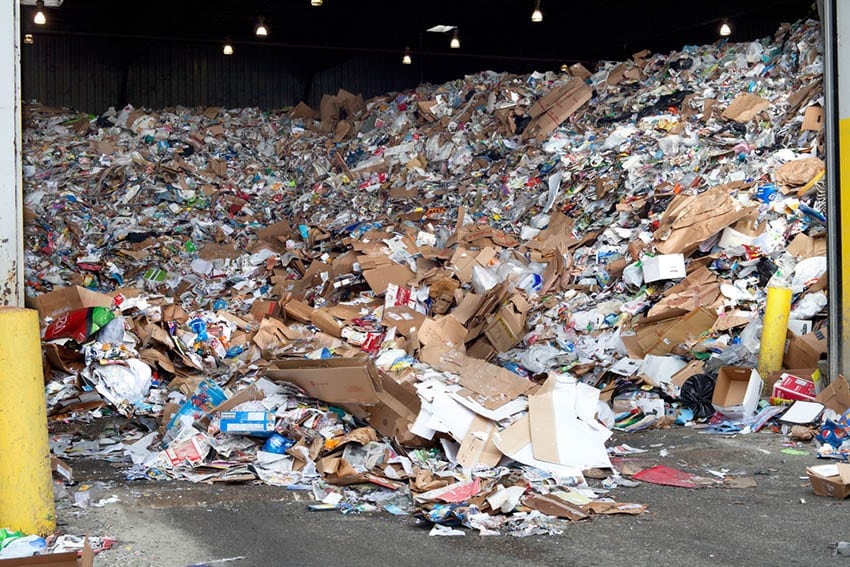 The U.S. recycling and composting rate inched up to 35.2% in the most recent EPA analysis. | Huguette Roe/Shutterstock

The national recycling and composting rate has inched above 35%, according to the U.S. EPA.

The agency this month released national waste generation and recycling data for the years 2016 and 2017. The prior data release, which occurred a year and a half ago, covered 2015.

For a number of materials – including paper and paperboard, glass, ferrous metals, aluminum, plastics, and textiles – the recycling rates decreased between 2015 and 2017. Increases were seen with other non-ferrous metals, rubber and leather, wood, other materials, food waste and yard trimmings.

The following figures cover specific materials, according to the EPA (the materials cut across durable and nondurable product categories): 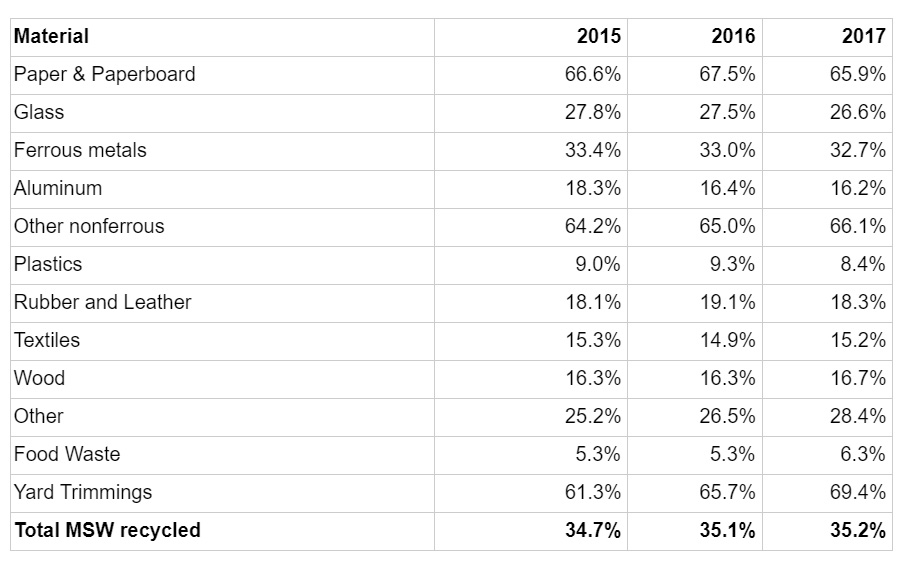 EPA released the data on conjunction with America Recycles Day, which was Nov. 15. The administration also released a National Framework for Advancing the U.S. Recycling System document.