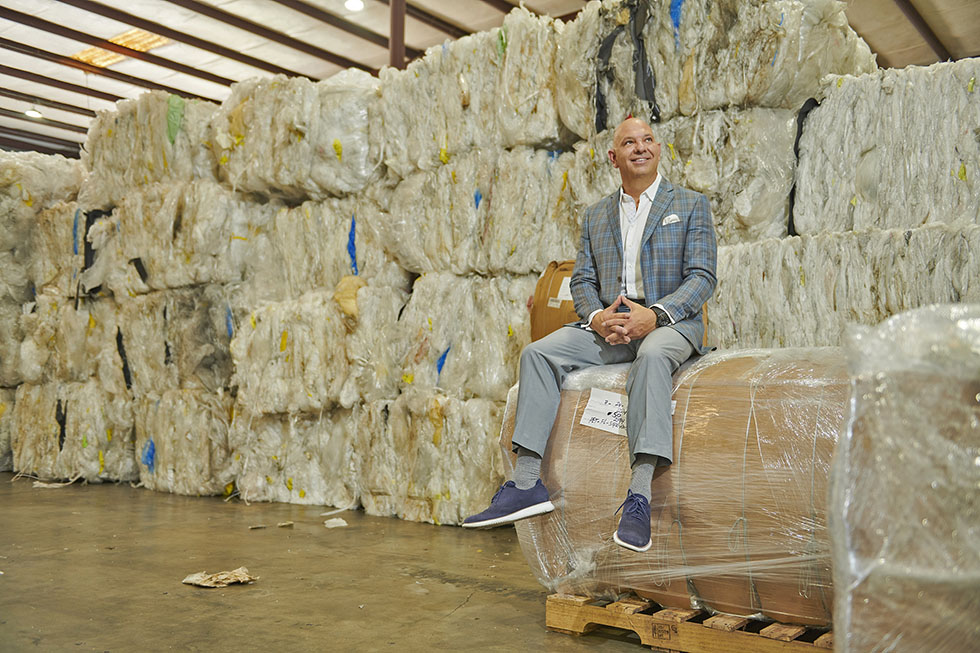 The company plans to build one plant in Houston, another in Nevada and a third in Mexico.

Each of the three will have annual capacities of close to 100 million pounds, and each will cost about $30 million, Avangard CEO Rick Perez said in an interview.

Currently, the company operates a processing facility in Houston handling 48 million pounds per year of LDPE film, so the growth is a major increase in the company’s capacity and footprint. The company is headquartered in Houston as well.

“We feel that wherever the needs are, we’re going to have a facility that can manage and handle that kind of volume,” Perez said.

The locations were chosen for their proximity to market demand and material generators. Avangard manages a large volume of film in Mexico, and the Nevada facility will be able to supply the California market. Bag manufacturers in California are requiring more recycled plastic because of the state’s recycled-content mandates.

The three new facilities will be very similar to the existing Houston plant. They will bring in baled LDPE from commercial generators, such as large retailers that consume a lot of pallet wrap and other types of commercial-use film. Avangard shreds, washes, sorts, extrudes and pelletizes it to create a high-grade pellet suitable for use in producing new film.

“We utilize a lot of technology within our process to get it to that high-grade, high-quality material, to get it into film packaging again,” Perez said.

The new Houston plant is planned to come on-line in the first quarter of 2020, with the Mexico plant following in the second quarter and the Nevada facility in the fourth quarter.

Avangard has evolved its business model several times over its 30 years in operation, and the latest move to bring on additional processing facilities comes as the company also deepens its involvement with analytical software.

“More and more, our company has become a technology-driven organization,” Perez said. “Everything we do starts with data. Improvements start with data.”

That data can include a variety of details about material quality at the point of generation, such as within a large retailer’s warehouse. Those details allow Avangard to work directly with the generator to improve the quality before it gets collected.

Without having those abilities to measure and manage material quality, “it would be really tough for us to get that high grade we want to go to,” Perez explained.

When Avangard built its first U.S. film processing plant in 2017, company officials cited advancements in both processing technology and data collection software as key components of the company’s push into processing.

Perez explained that the company’s current data collection abilities are better than anything that’s been available during his time in the industry. For example, viewing the quality of material inside a truckload can now be done with accuracy, thanks to imaging technology. And with the data stored in a cloud-based system, company leaders can have instant access to information about any load of material, from anywhere in the world.

“Now I know where it is, what type of product it is, where the opportunities are – from a dashboard in front of my computer,” Perez said.