Technology spurs the next level of bale quality control 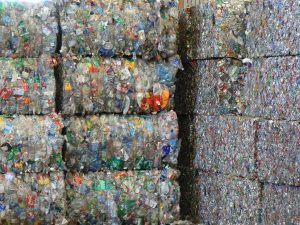 Avangard Innovative is continuing its efforts to optimize plastics recycling streams with the assistance of new technology, and the results are playing into bale price negotiations.

For several months, the Houston-based recycling and waste optimization company has been rolling out its Sustayn hardware-software system, which provides information on all aspects of a company’s recycling stream. The impetus behind the system comes down to a simple concept.

“If you can measure something, you can make actions on it,” Rick Perez, Avangard’s CEO, told Plastics Recycling Update.

Avangard manages recycling programs for large commercial generators, including manufacturers, retailers, logistics companies and more. The company approaches clients’ recycling streams with the goal of increasing revenue from sales of recyclables. Perez talked with Plastics Recycling Update to offer insight about how technology can provide information that helps to improve bale quality, as well as what it means for bale pricing.

The Sustayn software has been in development for about three years and began launching in facilities last November. The system has been installed in facilities in each of the 13 countries with Avangard clients.

“We’re all about purely creating transparency in the supply chain and working with everybody: brand owners, to the end user, manufacturers, reclaimers and converters,” Perez said. “And since we play a big part in all of those, we realized, ‘What’s the best way to really get that in?’ And now technology has been an enabler to produce that efficiency in this market.”

The Sustayn system utilizes push technology to remotely monitor and report on each piece of equipment at a facility, whether it’s a baler, floor scale or compactor. The system’s devices are versatile and unobtrusive enough that they can be installed on rental equipment, Perez said, which many of Avangard’s clients utilize.

The software is looking specifically for events that deviate from the norm. For example, if a plant produces one bale less than it usually does, that information is captured.

The monitoring system also photographs materials at the baler, providing a look at the quality of a bale before it’s received by a customer. The system produces data covering the actual weight of each bale, the date and time it was made, the quality of materials inside it and its destination.

“That goes to a cloud system, and that cloud system goes to our data analytics center, where analysts are looking at all the data and finding the efficiencies that need to be required at every location,” Perez said. “It’s true accounting.”

He said the bale-monitoring technology will “absolutely” play a substantial role in price discussions, as it allows negotiations based on tangible information, without guesswork.

“If I can see the quality of what’s coming out of it, I can have a true discussion about price,” Perez said.

The information provided by the monitoring system has also driven improvements in bale quality, Perez said. When the system rolls out, one of the first steps generators take is to standardize their bale weight, he said. Over the long term, the system may lead to an overall rise in quality, as companies producing bales will have the information that helps identify where contamination or other problems are occurring.

The Sustayn system is another step in Avangard’s “Natura” program, which has now reached what’s been titled “Natura Zero 2.0.” For companies utilizing the program, Avangard works with them to improve the efficiency of their recycling programs, with the end goal of extracting the most money from their recycling stream.

Perez described the system as a sort of evolution furthering that goal as technology continues to improve. It comes alongside other efforts with a similar aim, such as forgoing the diversion rate metric in favor of what the company calls a “capture percentage rate,” which looks at the amount of money generated from recyclables and avoided disposal costs, rather than identifying diverted tonnage.

Several factors influenced the latest step in the evolution, including the increase in quality control crackdowns on exports.

Avangard is also building its own post-consumer LDPE production plant slated to come on-line later this year, and Perez said the Sustayn system will ensure high-quality film will come in from bale suppliers.

Companies interested in utilizing Avangard’s system have a few options. A company can install Avangard’s monitoring devices and pay a subscription fee that’s set based on the size of the facility. Alternatively, they can hire Avangard to bring in its staff to evaluate and improve the efficiency of the company’s recycling program under the “Natura” program. 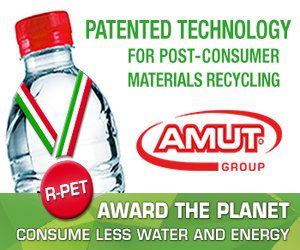