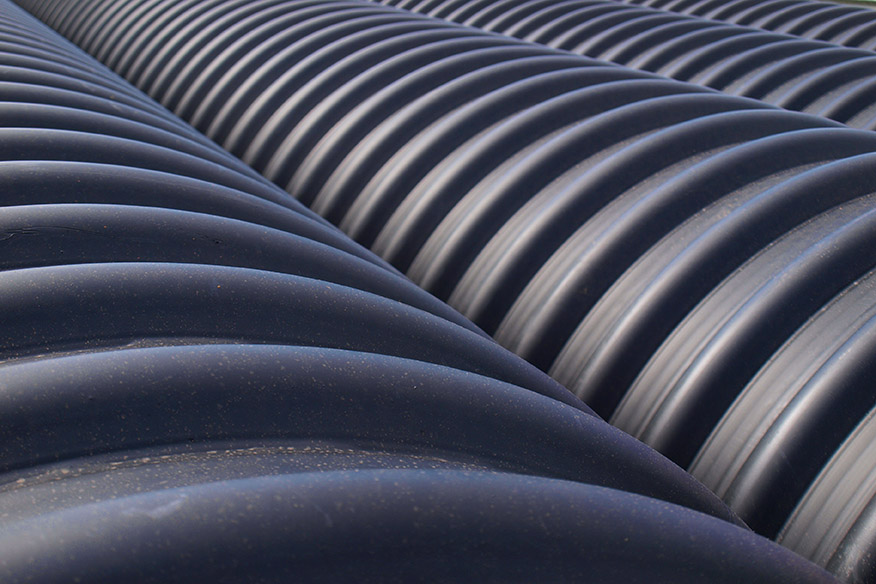 ADS makes thermoplastic piping for commercial, residential, infrastructure and agricultural applications, with a focus on stormwater management. Founded in 1966, the company has 4,400 employees, 56 manufacturing locations and 32 distribution centers around the world.

The deal brings two huge plastics reclaimers under the same corporate structure: Green Line Polymers, a subsidiary of ADS, and Champion Polymer Recycling, which is owned by IWT.

During a conference call and slide presentation on Aug. 1, ADS executives touched on the recycling aspects of the deal.

“ADS is poised to continue to leverage its scale and existing capabilities and Infiltrator’s expertise to expand its recycled inputs and continue to reduce its costs,” according to the slide presentation. The deal will lead to ADS increasing its consumption of recycled plastic by about 40%. It also lends ADS IWT’s expertise in material science, engineering, processing and procurement.

During the conference call with investors, ADS CEO Scott Barbour noted his company’s focus is on recycled PE, and the PP the company uses is virgin material.

“What we’re very excited about is being able to tap into the engineering and the recycling scale and competencies of Infiltrator to accelerate our use of polypropylene recycled materials,” he said on the call.

ADS, a publicly traded company, and IWT, a private company, have been doing business with each other for over 15 years. They started a joint venture called StormTech in 2003. In 2010, ADS bought out IWT’s ownership in the venture. In 2012, IWT acquired assets of ADS’ septic chamber business.

With the recent transaction, which was all in cash, ADS bought IWT from an affiliate of the Ontario Teachers’ Pension Plan and other stockholders, according to a press release. The transaction closed July 31. IWT CEO Roy Moore and key management staff will stay on to run IWT.

So, if ADS had theoretically owned IWT during that time, the company would have had total revenues of about $1.6 billion and earnings of $328 million, for a profit margin of over 20%, according to the release.