A startup, Sabic and IBM all push chemical recycling 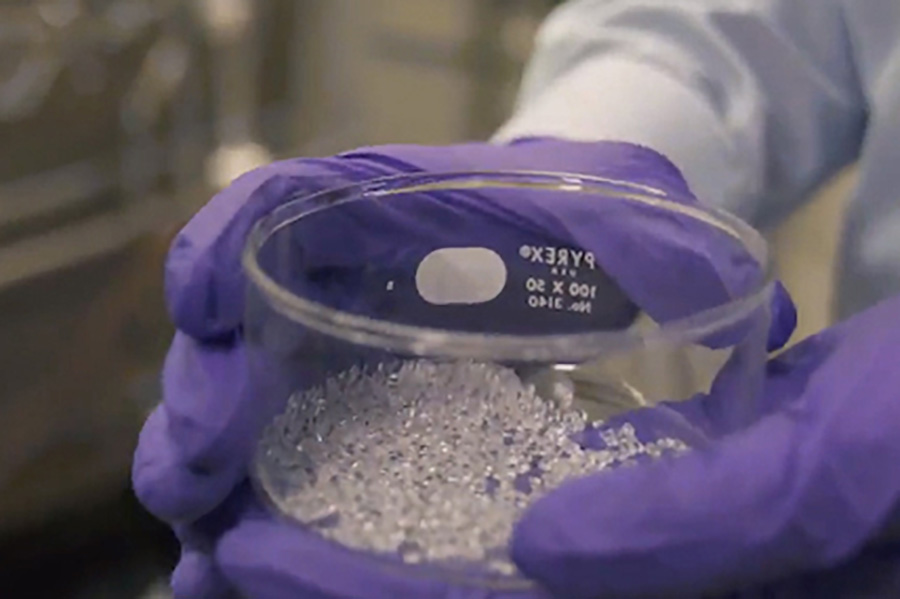 Global resin manufacturing giant Sabic has rolled out a line of polybutylene terephthalate (PBT) compounded resins made from depolymerized PET. The resin product, called LNP Elcrin iQ, is being marketed as a drop-in replacement for virgin PBT.

“This technology overcomes some of the limitations of mechanical recycling by using chemical processes to depolymerize PET bottles and other PET waste into their precursor chemicals, purify them and then use them to create new PBT resin,” Sabic noted in a release.

Sabic, based in Saudi Arabia, stated a life-cycle assessment determined use of the LNP product over a virgin resin reduces overall energy usage by 61 percent.

While the Saudi behemoth works to put its new resin into the marketplace, another chemical recycling development is taking place on a significantly smaller scale.

In Menlo Park, Calif., two 20-somethings have launched a business called BioCellection that is working to transform contaminated film plastics collected in San Jose into chemical building blocks for products such as perfume, according to a recent article on siliconvalley.com.

BioCellection has been working on a pilot project with the city of San Jose and materials recovery facility operator GreenWaste.

“The long-term goal is to be able to recycle all of the city of San Jose’s – and other cities’ – polyethylene plastic,” Miranda Wang, BioCellection CEO, told siliconvalley.com.

Finally, the chemical recycling concept as a whole has gotten some national mainstream coverage via a video produced by The Wall Street Journal and delivered via Twitter.

The roughly 6-minute clip explains the basics on current pressures around plastics recycling as a whole and a PET purification process being trialed by IBM in California. The goal is to recover more PET from highly contaminated streams.

While the company’s researchers have proven the process can create manufacturer-ready PET, it is still not commercially viable due to high costs.

“Really, the challenge is seeing how inexpensive you can make this process,” Bob Allen, senior manager of IBM Research, says in the video. But later he adds, “We are going to be producing useful chemicals from our plastic waste in the future; we will solve this problem.”