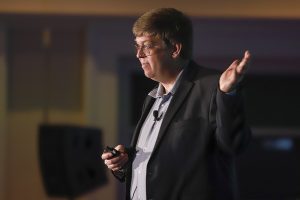 Between 25% and 30% of the end-of-life electronics stream is made up of plastics, Riise said, but historically most of the plastic that is recovered has been shipped overseas.

“As you maximize the value of the material by going from mixed plastics to flakes, purified flakes to pellets, you increase the value and you actually have the potential to improve profitability,” Riise said. (Riise and several colleagues wrote a feature story last year for E-Scrap News, sister publication to Plastics Recycling Update, laying out that profitability structure.)

A version of this story appeared in E-Scrap News on May 9.