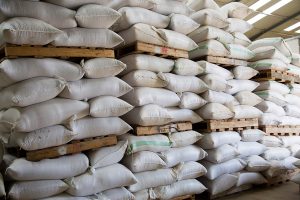 The government of Alberta has given approval and funding for a three-year pilot project focused on agricultural plastics recycling.

The Canadian province’s Ministry of Agriculture and Forestry on Jan. 21 announced the approval of Agricultural Plastics Recycling Group’s (APRG’s) program to recycle grain bags and twine. The government also awarded 750,000 Canadian dollars (about $562,000) for the project.

“We are thrilled to receive news of the pilot approval and know that we are now working toward viable solutions to collect and recycle grain bags and twine across the province,” APRG Chairman Al Kemmere stated in a press release. “Our group of over 20 stakeholders has been focused on gaining traction on agriculture plastics management for two years and we’re happy to be moving ahead.”

The paper noted an interest in Alberta in following Saskatchewan’s lead. “Efficiencies and harmonization among provincial programs are particularly important for agricultural plastics recycling because of the importance of a level playing field to the agricultural industry,” the document stated. “A Western solution would also prevent issues such as cross-border shopping.”

The Alberta Ministry of Agriculture and Forestry press release notes that a 2012 study revealed about half the farmers and ranchers in the province were burning their plastics for disposal. Sending plastic to landfill was also a common disposal method.

In addition to the recycling of grain bags and twine, the pilot program will conduct important research on markets for other recovered agricultural plastics, ag plastic volumes and producer practices. It will also involve educating farmers and ranchers about the new program.

The Alberta Beef Producers will use the grant to coordinate the recycling program on behalf of APRG. The pilot program will likely start this fall.