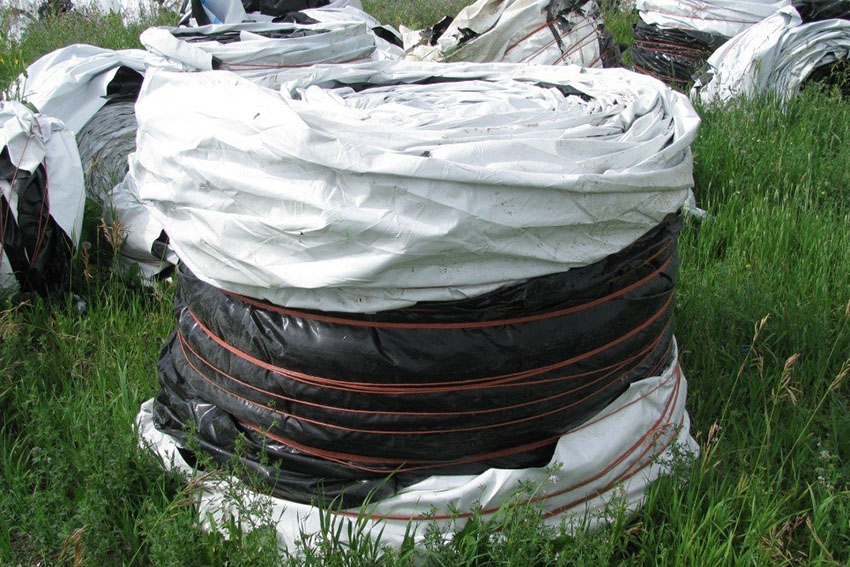 Rolled grain bag ready to be shipped to recycling end-market.

A permanent, consumer-funded grain bag recycling program has gone into effect in Saskatchewan, where farmers use 15,000 to 20,000 bags annually.

A provincewide fee went into effect starting Nov. 1. The environmental handling fee (EHF), charged to farmers buying new bags to store grains, is 25 Canadian cents per kilogram, or about 31 Canadian dollars ($23.60) for a 125-kilogram bag.

The money will fund collection and transportation of the recovered plastics, as well as administration of the program. Sales of the plastic to end users will offset some of the cost of the program, which is managed by the agricultural stewardship group Cleanfarms. Cleanfarms has set up 20 collection sites throughout the province, with another 15 scheduled to come on-line next year, according to a press release.

The EHF amount was based on a six-year pilot program initiated by the provincial government. During the pilot program, more than 3,600 metric tons of grain bags were recovered for recycling.

This is the first grain bag program for Cleanfarms, but the organization is already heavily involved in collecting materials for recycling or proper disposal. According to its 2017 annual report, the stewardship group oversaw the collection of more than 5 million pesticide and fertilizer containers, nearly 43,000 non-refillable bulk containers and nearly 300,000 kilograms of empty seed and pesticide bags across Canada last year. About 65 percent of small containers sold into the marketplace are returned through the program, which relies on retailers and municipalities as collection partners.

Saskatchewan is the first Canadian province with a regulated ag plastics recycling program, according to Cleanfarms.

In the U.S., an ag plastics collection and recycling company called Revolution Plastics has been expanding across the country. Rooted in the South, the company has begun collecting films from farms in the Upper Midwest and California.