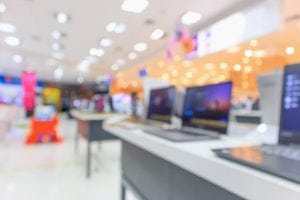 HP and Dell recently released sustainability reports touching on their use of recycled resins.  Both companies use plastic recovered from electronics, post-consumer resin purchased on the market, and post-consumer plastic from seaside communities in Haiti.

The following are summaries from the documents:

HP reports it used 40 million pounds of recycled plastics in its products last year, according to the company’s latest sustainability report. Of that amount, 45 percent went into PC systems, 7 percent into printers, 16 percent into toner cartridges and 32 percent into ink cartridges.

HP in 2017 introduced its first ink cartridges made with plastic recovered in Haiti, where it’s considered at risk of becoming ocean litter. Haiti is also where Dell began sourcing plastic for use in its packaging. Through March 2018, HP sourced 375,000 pounds from Haiti.

In all, HP has used 218 million pounds of recycled PET and PP in its ink and toner cartridges through last year. The recycled plastic is sourced from used HP cartridges, apparel hangers and post-consumer bottles.

HP is a PC and printer business, and is a separate company from Hewlett Packard Enterprise, which provides enterprise products and services.

On a smaller scale, Dell continues to use plastics recovered from areas where they’re at risk of becoming ocean plastics. It uses ocean-bound plastic in packaging for its XPS 13 2-in-1 laptop. Later this year, Dell plans to begin shipping additional XPS line products that use the recycled HDPE packaging.