Cascades to boost capacity to use recycled plastics 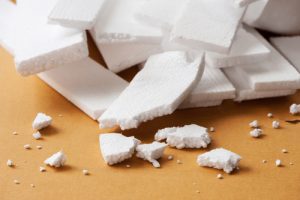 A tissue and packaging maker will invest millions of dollars into expanding its ability to use recycled PET and foam PS in its products.

Cascades will spend $16.3 million (about $21 million Canadian dollars) to acquire equipment allowing it to increase recycled-content food packaging, primarily for the fresh food market. The company received a $4.7 million loan from the government via Investissement Québec.

The investments will be made in two separate projects. The company will spend $11.6 million to expand its Inopak plant in Drummondville, Québec and install a high-performance RPET film manufacturing line, according to a press release. The company notes the equipment is unique to Canada and will include a built-in decontamination unit.

“This will make it possible to significantly increase the production capacity of Integral packaging, which is made from recycled PET, is recyclable and allows food in certain markets – such as fresh protein – to be kept for double the amount of time, thus radically reducing food waste,” according to the press release.

In the second project, Cascades will invest about $4.7 million at its Plastiques Cascades plant in Kingsey Falls, Québec. That plant produces EVOK, the first foam PS tray in North America to contain at least 25 percent recycled content. The money will add a new extrusion line and two recycling lines, boosting production capacity by one-quarter and doubling the facility’s production scrap recycling capacity. The EVOK tray was introduced to the U.S. market earlier this year.

In late 2015, Cascades announced it was investing $3.4 million into buying new equipment for the two facilities. During that upgrade, it bought thermoforming machines and other equipment.