Collections in Midwest state continue to fall short of targets 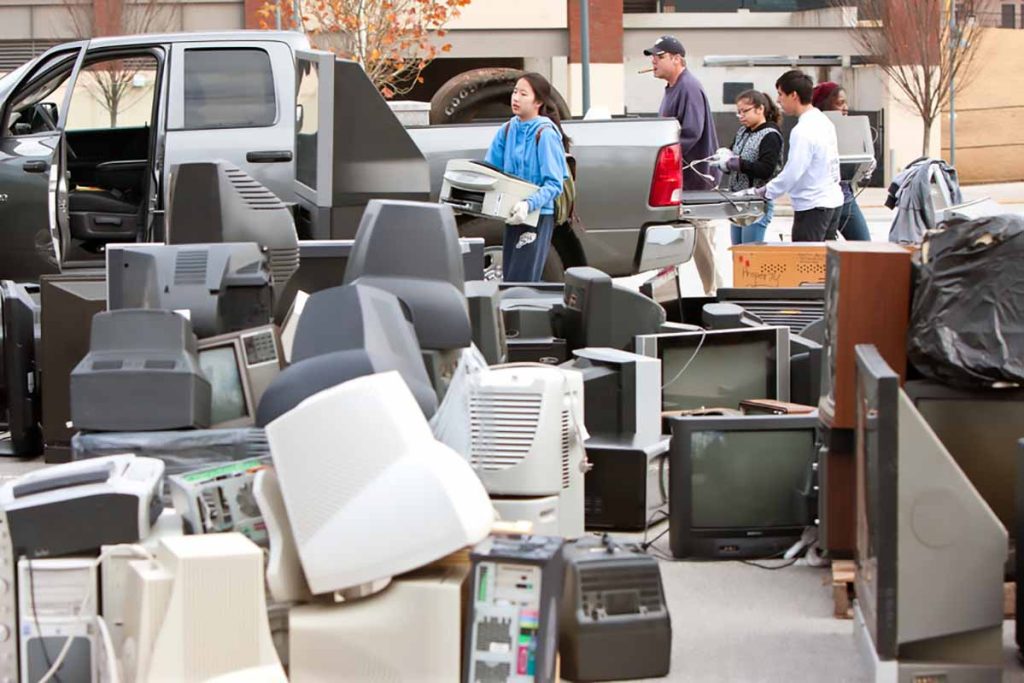 Despite increasing funding for free drop-off events, manufacturers as a whole failed to reach their e-scrap recycling targets in Wisconsin last year. | Blulz60/Shutterstock

Wisconsin residents have enjoyed a noticeable boost in free e-scrap drop-off opportunities lately, thanks to a state grant program and increased funding from OEMs, according to a state official and report.

During the 13th program year, which covered the period of July 2021 to June 2022, registered collectors brought in 23.1 million pounds of e-scrap, about the same as the prior year, the report shows. The weight comes out to about 4 pounds per Badger State resident.

For program year 13, manufacturers’ recycling target was 24.6 million pounds, up from 23.7 million pounds during the prior year. Most individual OEMs hit their targets this past year, but of the ones that didn’t, dozens paid shortfall fees that totaled nearly $24,000 and a few applied credits they earned from exceeding targets in prior years to hit their target this year, the report noted.

In aggregate, the weight recycled has fallen short of targets in the last few years for multiple reasons, including COVID-19 collection disruptions, rising manufacturer targets and continued high drop-off fees charged to consumers. The last time OEMs in aggregate exceeded their recycling targets was during program year 10, which was the period of July 2018 through June 2019.

Wisconsin’s program is based on free market principles, with OEMs, recycling companies and collectors negotiating private business agreements among themselves. As a result, the parties are allowed to shift costs of recycling to the consumers themselves in the form of fees paid at drop-off sites.

“In the last few years, nearly all collectors have been paying for packaging, transportation and/or recycling of eligible electronics under the program,” according to the report.

The DNR noted that in the past, supply-and-demand dynamics have allowed OEMs to drive down the per-pound prices they pay registered e-scrap recycling companies, which in turn led e-scrap companies to levy additional fees on collectors, which then passed those costs to consumers.

But the DNR has seen a shifting market dynamic. “As the overall manufacturer target has increased in the last two years, many manufacturers have increased the amount they are paying per pound, allowing some collection sites and events to begin accepting more items for free,” according to the report, which noted free collection events sponsored by TCL and Samsung in 2022.

At the same time, DNR this year launched a grant program providing money to help boost collection opportunities, particularly in under-served areas. The money came from shortfall fees paid by manufacturers. The program was created by legislation passed in 2021.

Sarah Murray, the E-Cycle Wisconsin coordinator, told E-Scrap News that, in more recent months, “we have seen more free events and collection sites, both from our grant program and from manufacturer-sponsored sites/events, or increased manufacturer payments.”

DNR will hold a webinar to review the program year 13 results at noon Central time on Jan. 10, 2023.