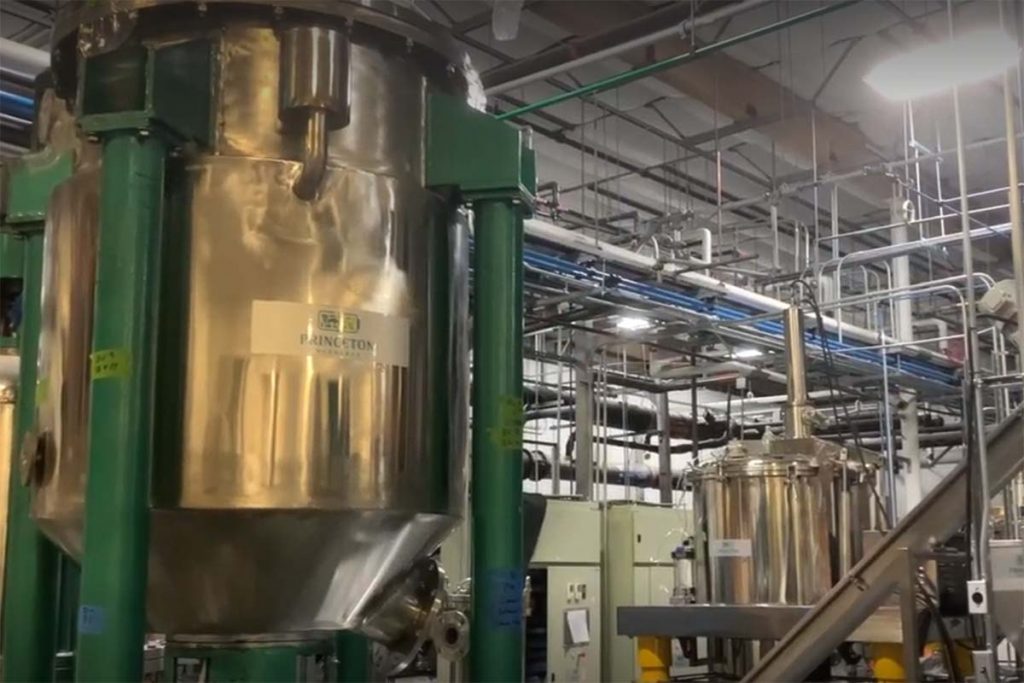 The technology was installed on Wistron’s electronics recycling subsidiary company, Wistron GreenTech’s, site in McKinney, Texas. The patented plasma-assisted recovery process can recover cathode and anode materials pure enough for direct reintroduction into cell manufacturing at half the cost and with less waste than more conventional methods, the company argued.

The process offers “a low cost, a low carbon footprint, and no hazardous emissions – all at a high recycling efficiency rate,” according to the company’s statement, adding that it reduces CO2 emissions by 70% and has a cost reduction of 40% compared to conventional methods.

The technology works by shredding the batteries, then performing a physical separation of raw cathode and raw anode material, followed by plasma purification.

Compared to conventional methods such as pyro- and hydro-metallurgical processes, “which damages the cathode compound, takes lengthy steps to just go half-way through the cathode regeneration and induces a lot more chemical and energy waste,” the plasma method does not rely on harsh chemicals and is also easier to scale up commercially, the company noted.

The pilot’s processing capacity is 500 tons per year, with used batteries coming from Apple, Dell, Samsung and Call2Recycle.

In a press release, Yan Chao, founder and CEO of the clean-tech startup that spun out of Princeton University in 2019, said the “fully equipped facility is a powerful next step in our vision for covering a nationwide LIB close-loop recycling supply chain.”

“We intend to be a major player in meeting the recycling needs of the US LIB marketplace,” Chao added. “Our unique technology drastically reduces the time required for critical materials to re-enter the manufacturing supply chain – a major win for all LIB manufacturers.”

Princeton NuEnergy raised $7 million in seed funding in 2021, and was previously awarded $100,000 from The Intellectual Property Accelerator Fund and two grants from the U.S. Department of Energy’s Small Business Innovation Research (SBIR) program, a phase one grant for $250,000 and a phase two grant for $1.15 million.

Putting federal funding to use

Cirba Solutions secured a federal grant to expand its critical mineral upgrading assets at its lithium-ion processing facility in Lancaster, Ohio, making it one of the largest commercial-scale battery recycling facilities in North America.

The $75 million grant is part of the first round of funding awarded from the Bipartisan Infrastructure Law, which earmarked over $7 billion in total funding for the battery supply chain.

Cirba had already pledged to invest more than $200 million on the Lancaster upgrade. The facility collects, disassembles, shreds and upgrades critical minerals from lithium-ion batteries for use in new batteries.

David Klanecky, president and CEO of Cirba Solutions, said in a press release that with electrification of the transportation system growing year over year, “increasing our capacity to recycle lithium-ion batteries will advance the country’s goal of building a robust EV lithium-ion battery supply chain to help realize America’s electric future.”

In September, Cirba also announced plans to construct a 75,000-square-foot lithium-ion battery recycling facility in Eloy, Ariz., part of the company’s goal to increase its processing capacity by 600% over the next few years. Currently, Cirba has six active facilities processing all battery chemistries.