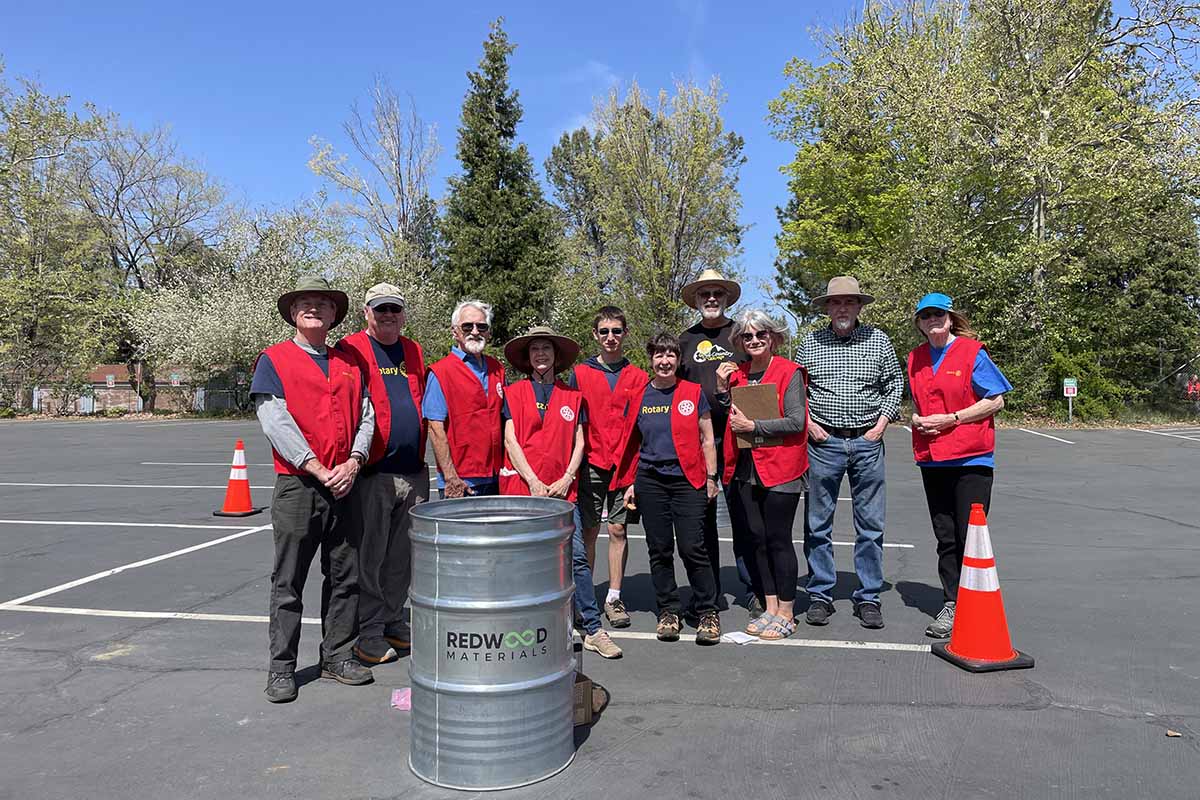 Redwood Materials provides guidance, collection drums and other materials to Rotary Clubs around the country that want to host collection events for lithium-ion batteries and any devices that contain rechargeable batteries. | Courtesy of Redwood Materials

Redwood Materials is tapping into the outreach and organizing power of Rotary Clubs, allowing the major lithium-ion battery processor to collect household e-scrap and batteries from across the U.S.

“Communities want a real easy and central location to go and drop off these batteries and devices and know that it’s contributing to a circular economy,” said Sonja Koch, public affairs and consumer program manager at Redwood Materials.

The Carson City, Nev.-based company provides guidance, collection drums and other materials to Rotary Clubs around the country that want to host collection events for lithium-ion batteries and any devices that contain rechargeable batteries. Devices the company accepts include consumer electronics, tools, bathroom and kitchen appliances and more. The program doesn’t accept any that require a plugged-in cord to operate, such as flat-screen TVs, printers and copiers.

Redwood also pays costs to ship the scrap material to its processing plant in Carson City.

The staff time and effort are provided by local Rotary Clubs at no cost to Redwood. Rotary has about 1.4 million members and 46,000 clubs.

Koch told E-Scrap News the company doesn’t want to ask consumers to remove batteries from devices, so the collection program accepts entire devices as well as loose batteries. Households are asked to put loose batteries in plastic bags or to tape the terminals to prevent the battery terminals from touching during collection and transport, she said. The drums also contain vermiculite, a material that helps prevent and snuff out fires.

Redwood Materials recycles both the batteries and scrap electronics, recovering and processing battery metals such as lithium, cobalt, nickel and copper for use in EV batteries.

The first Rotary collection events took place in March 2022 in the south San Francisco Bay Area, she said. According to the project website, those collection events, which were organized by Rotary Clubs of Los Altos, Cupertino and San Jose, collected over 1,700 pounds of material.

Since then, dozens of other collection events have taken place around the country, Koch said. In total, tens of thousands of pounds have been collected, she said, declining to provide a more specific number.

In addition to collecting feedstock for recycling, the program is teaching consumers how their stored electronics contain critical minerals that are needed to produce future electric vehicles, she said.

The effort is just one part of Redwood’s Consumer Recycling Program. Much of the scrap the company receives comes from major corporations, including production scrap from battery manufacturers. In 2020, Redwood announced it would begin using e-scrap as feedstock for its metals recovery technology, later signing a deal with ERI to take all the e-scrap processor’s scrap batteries and solar panels. The deal also involved Redwood making a significant investment in ERI.

Fuelled by huge investments it has received, Redwood is working to build a multi-billion-dollar battery factory in Nevada, according to insideevs.com, which reported that the existing recycling operation has begun turning a profit.