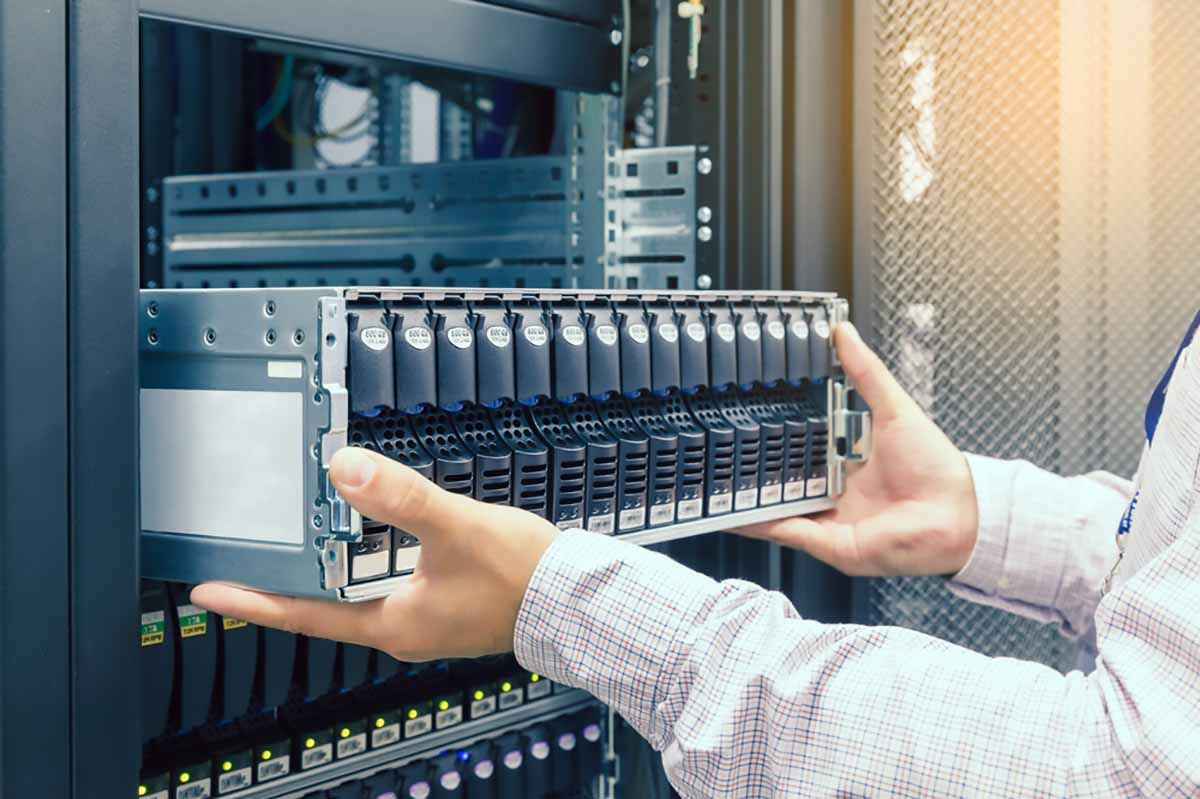 The value of used servers skyrocketed 71% over the last three years, according to Cascade Asset Management’s report. | Mikhail Starodubov/Shutterstock

The value of refurbished laptops and servers in 2021 remained higher than pre-pandemic, according to a report from Cascade Asset Management, though laptop prices fell slightly from 2020 highs.

The eighth-annual report from ITAD company Cascade Asset Management covered security, environmental and financial issues related to ITAD. It found that after two years of a pandemic, survey respondents reported permanent increases in the number of employees working from home.

For ITAD companies, that means a greater need for residential reverse logistics for retired devices, the report noted.

Throughout COVID-19, the report found, the average resale values of retired assets grew by 42.2%.

According to Cascade’s 2020 report, average laptop sales prices increased by 44% from the first quarter of 2019 and the fourth quarter of 2020, hitting their peak in the third quarter of 2020 at an average of over $120. Last year’s report also found that the average sales price of desktop computers increased 65% between early 2019 and late 2020, although some of that boost was because higher-quality computers with faster processors were being retired late in 2020.

Over the past three years, laptop values have remained strong, growing 19% “as more people need a quality mobile device for work at home,” the 2021 report found.

The value of servers skyrocketed 71% over the last three years, the report said, as demand for both servers and server parts increased.

And while desktops are selling for far less, they still account for the largest category of devices processed for reuse by Cascade, at 35.1%.

During the 2021 E-Scrap and E-Reuse Conference, held in Chicago in November 2021, speakers from a number of ITAD processors noted the favorable markets for selling used electronics, as a result of constrained availability of chips for new electronics.

In a Cascade survey, fewer respondents said the pandemic caused a decline in their ITAD activities in 2021 compared to 2020. Just over 30% said their company saw some type of decline due to COVID-19, while 40% reported a decline in 2020.

However, only 35% of organizations surveyed went back to their pre-pandemic level of higher disposition activity, while 52% intended to stay at the current rate. The report said those results suggest a remaining backlog in IT asset replacement, likely due to tight supply chains for new devices.

“This bullish IT investment forecast demonstrates a strong rebound from cautious approach to IT procurement earlier in the pandemic,” the report said. “In comments from the survey, companies are hoping supply chain issues can resolve themselves to allow these organizations to catch up on IT purchases.”

More companies said in the latest survey that data security was critically important, but 60% also said they rely exclusively upon their disposition vendor for data destruction.

The report data were compiled from a survey of 69 enterprises and organizations and Cascade’s processing of more than 890,000 assets between 2019 to 2021, including notebooks, desktops, smartphones, tablets and servers.