Why it’s the ‘perfect time to capitalize’ on device refurb 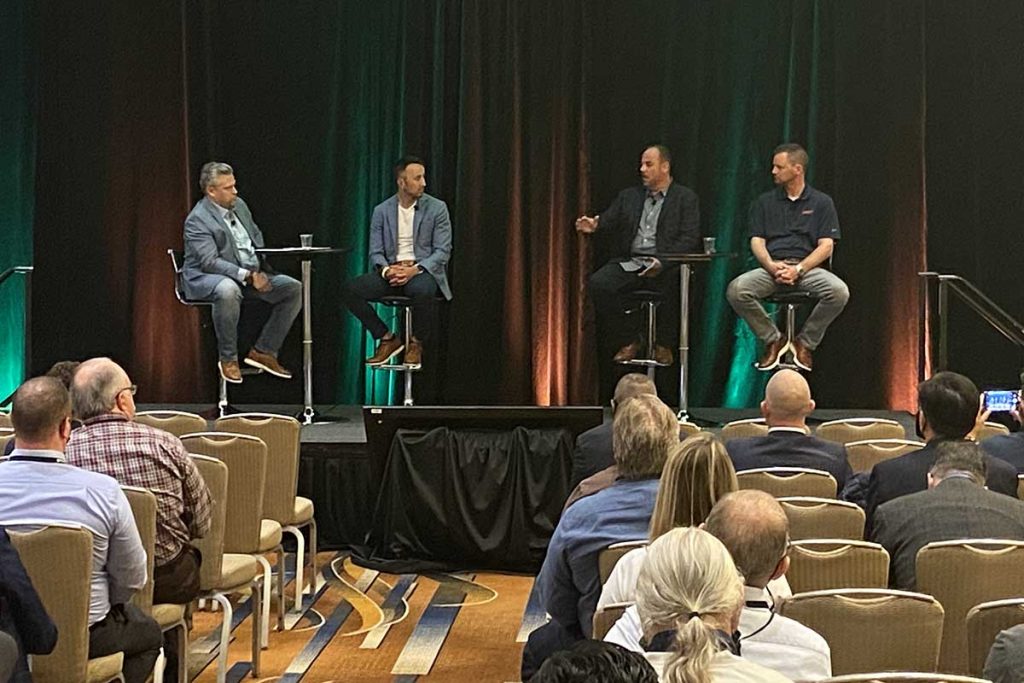 Shipments of new devices continue to experience substantial delays due to pandemic-related trends. According to processors, this fact could drive further demand for refurbished devices.

During the 2021 E-Scrap and E-Reuse Conference, held in Chicago in November 2021, reuse and recycling executives discussed impacts from supply chain disruptions and other key trends in the used device marketplace.

The “Diving Into Materials Markets” panel featured Chris Ko of ER2, Kevin Corrigan of Ingram Micro and Brian Diesselhorst of Igneo. It was moderated by Adam Shine of Sunnking.

Early in the COVID pandemic, it was clear that demand for refurbished laptops and other devices would be strong as workers and students moved to remote environments and the supply for new electronics was constrained. According to some operators, supply delays are going to be around for a while longer.

Ko, who is CEO of ER2, said some device manufacturers that had a backlog of devices were in a better spot than others at the beginning of the pandemic disruption. But things have changed since then.

“Pretty much everybody is in the same playing field right now,” he said.

He projected that for the next year or more, new device shipments will continue to have delays of between three and six months.

These supply disruptions have implications for the secondary device market.

“I think that refurb suddenly becomes a viable option where before it was not really considered,” Ko said. Consumers that previously may have “settled” for a used device might begin to look at refurb as a primary solution, Ko noted.

“I think … it’s a perfect time to capitalize,” he said.

The supply issues differ by product type, noted Corrigan, executive director of ITAD and mobility at Ingram Micro. He pointed to Chromebooks as a key example. There was a huge demand for Chromebooks at the beginning of the pandemic, tied to schools switching to remote learning. Manufacturers adjusted to fulfill all the new orders.

But by the time many of the Chromebooks arrived at the end user, they weren’t needed anymore. Some schools are still buying those devices, Corrigan noted, “but now there’s an abundance of Chromebooks on the market and prices are dropping.”

Corrigan added that supply problems vary widely even within the same company. Ingram Micro, the electronics distributor that is the parent company of the Ingram Micro ITAD operation, has some products that have no reserve stock and some that have a huge volume of backlog stock, he said.

Nonetheless, Corrigan anticipates prices will increase across the board on finished goods in the months to come. For the secondary device industry, that could mean more good news.

“For those people who have access to product, we’re in a good place,” he said. “No matter what happens in the economy, [the refurb] industry seems to be a little bit recession-proof. Volume can go way down but your values go way up.”

Diesselhorst of Igneo agreed, offering a promising take on the future of low-grade e-scrap materials as well. Despite product lightweighting and dematerialization that has occurred in devices, electronics are more and more a part of daily life, and there is no shortage of material to recover.

“I think our outlook is very positive,” he said.

Other trends to watch

The panelists also discussed the ongoing switch over to Windows 11, which could bring an increase in device retirements as large enterprise firms update their operating systems. The Windows update was released to the general public in October.

It’s a slightly different situation than what was seen during the launch of Windows 10, which was capable of being installed on older laptops. Corrigan noted that with Windows 11, there may be some issues with the system not running on processors that are earlier than 8th Generation. That means some offices might have to change out devices alongside the operating system update.

He added that it will take businesses some time to begin adopting the new version of Windows, however. He projected an 18-month lag time.  “No corporation jumps into a new operating system,” he said.

Shine, CEO of Sunnking, added  that it remains to be seen whether the Windows 11 changeover will hurt potential values of used equipment that’s older than 8th Generation.

The speakers also discussed whether the ITAD industry would see growth or consolidation in the coming years.

Ko, who has a background in private equity, projected that a trend he’s seen over the past 10 years will continue. The ITAD market has gotten larger, but companies are getting into more specialized fields within the sector, as opposed to presenting direct competition to all other operators.

“People were doing a lot of different things and being able to cover the whole space,” he said of the ITAD industry a decade ago. “Now I think there’s a lot more specialization that I think is important for our industry, and probably makes us a little bit longer term viable.”