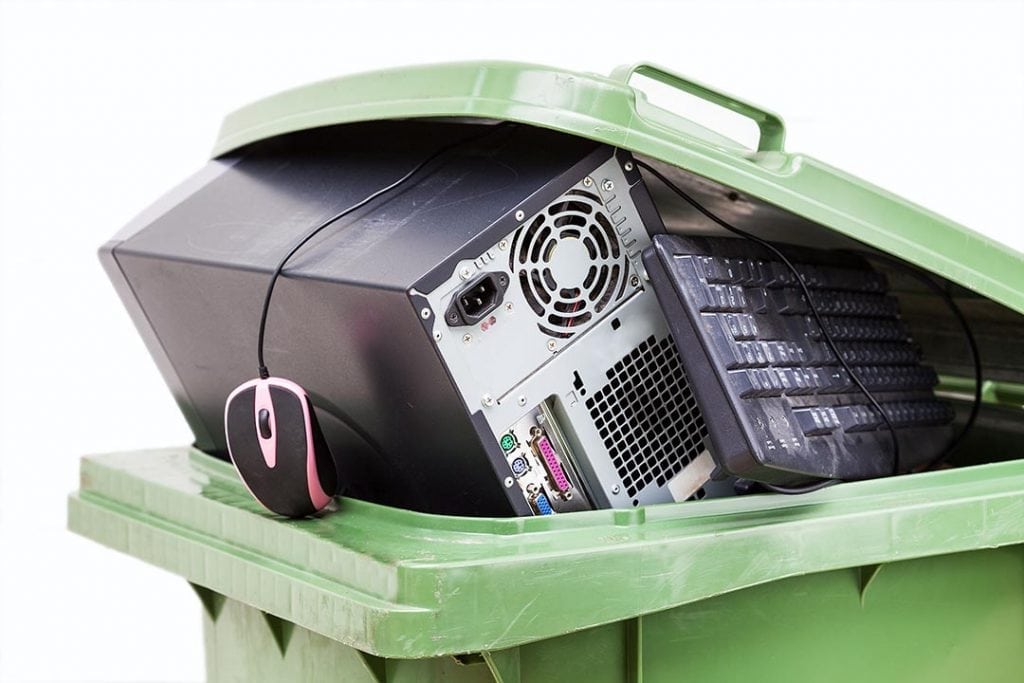 As COVID-19 took hold and e-scrap collection opportunities were canceled, the public began trashing a lot more of their electronics in Washington state, according to recently reported figures.

For electronics, the numbers were ugly.

“Unfortunately, as E-Cycle collection sites closed or sites restricted the size of TVs they could accept, this likely led to an increase in electronics thrown away,” according to a December Department of Ecology email to electronics recycling program stakeholders.

Based on waste sampling during the 2020-21 audit, Cascadia Consulting Group estimated residents and businesses threw away 41,441 tons of electronics, including TVs, computers and monitors, peripheral equipment, video game systems, audio equipment and other electronics. That was up from an estimated 34,223 tons during the prior audit in 2015-16, an increase of 21%.

E-Scrap News completed a rough estimate of per-capita electronics disposal using two-year average population estimates during the report years. The analysis found approximately 10.7 pounds per person were disposed of in 2020-21, up from 9.6 pounds per person five years earlier.

Which types of devices were trashed

The 2020-21 waste characterization report also broke electronics down into several subcategories. The following is the types of electronics disposed of, as a percentage of the total disposed electronics (story continues below chart): 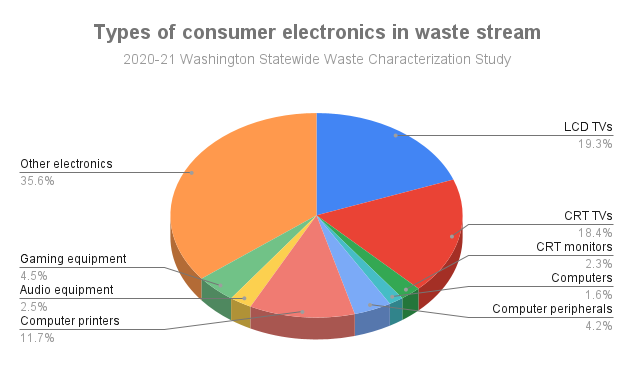 The Department of Ecology publishes data on TVs, monitors and computers collected for recycling. Using those same groupings, the following were the tons disposed of in 2015-16 and 2020-21 (story continues below chart):

But it’s also important to note that the statistical estimates are based on relatively small sample sizes and the error ranges are large. For example, the latest LCD TV data was plus/minus 6,136 tons at the 90% confidence level, which means that Cascadia Consulting Group is 90% certain that the true number of trashed LCD TVs in the statewide waste stream lies somewhere between 1,867 tons and 14,139 tons, which is a very wide span.

Batteries in the garbage

The waste characterization reports also included numbers for single-use and rechargeable dry-cell batteries, which represent not only wasted resources when thrown in the garbage but pose fire risks for collection trucks, transfer stations and landfills.

Again, keeping in mind the wide margins of error, the latest report estimated 1,885 tons of single-use batteries and 702 tons of rechargeable batteries were disposed of in Washington in 2020-21. That was up 82% and 556%, respectively, from the 2015-16 data.