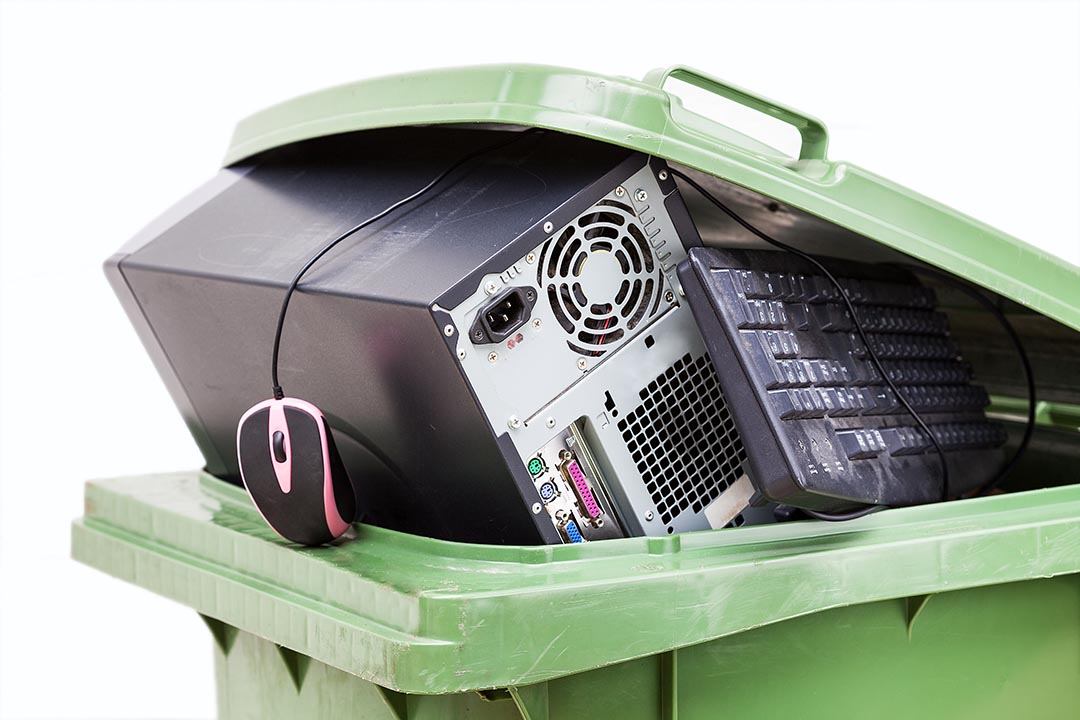 Electronics recycling and repair advocates provided comments to the EPA as the agency considers changing what counts toward the national recycling rate. | Photographee.eu / Shutterstock

If electronics are repaired, refurbished or remanufactured, should their weight be counted in the U.S. recycling rate?

That’s just one of many questions the EPA is grappling with as it seeks to define exactly what “recycling rate” will mean. Last fall, the agency released a national recycling rate goal of 50% by 2030. Using current methodologies, the EPA estimates the U.S. has a 32% recycling rate. For electronics, specifically, it was 38.5% in 2018. In that calculation, EPA is counting “selected consumer electronics,” which includes “products such as TVs, VCRs, DVD players, video cameras, stereo systems, telephones and computer equipment.”

But the EPA is considering changing the recycling rate calculation methodologies. In particular, the agency is examining which sources of material, types of materials, management pathways and destinations to count in the recycling rate. Not surprisingly, among the 108 comments from different recycling industry stakeholders, advice differed markedly.

One of the questions EPA asked was whether the repair, refurbishment and remanufacturing of goods should be counted in the national recycling rate. Opinions were split.

The Washington Department of Ecology, which regulates the state’s extended producer responsibility program for electronics, urged the EPA not to count repair, refurbishment and remanufacturing as “recycling.”

“This could be counted as recovery. It depends on whether this material is in the regulated solid waste stream,” wrote Laurie Davies of the Department of Ecology. “Count this material if it is entering solid waste handling activities, and it is made into a usable product from one that was discarded.”

The National Recycling Coalition (NRC) noted that reuse is higher on the waste management hierarchy than recycling but argued that counting reuse in the recycling rate would just lead to more confusion among the public.

The National Waste & Recycling Association (NWRA) argued that the recycling rate should be limited to mechanical recycling activities, excluding reuse and refurbishment. But NWRA recommended EPA track and annually report the amount of material diverted from the waste stream by repair and refurbishment activities.

The Baltimore County, Md. Bureau of Solid Waste Management said that while it strongly encourages repair and refurbishment, the activities shouldn’t be added to the recycling rate until the EPA develops measurement criteria for them.

Others urged the EPA to include reuse activities in the annual recycling number.

The Institute of Scrap Recycling Industries (ISRI) wrote that it considers repair and refurbishment of electronics as a recycling activity.

“ISRI considers those options that lead to the creation of commodities that are incorporated into new products or materials by manufacturers or, in the case of electronics, lead to their extended usability,” wrote Adina Renee Adler of ISRI. “ISRI recognizes reuse, repair, refurbishment and remanufacturing as recycling.”

Gary Liss, a well-known zero waste consultant, argued that repair and refurbishment should be included in the recycling rate because of its position on the zero waste hierarchy of highest and best use.

And the New York Department of Sanitation, which is the nation’s largest municipal sanitation department and runs large e-scrap collection programs in partnership with ERI, told the EPA it considers all diverted electronics collected through its e-scrap programs in New York City’s recycling rate.

There was more support – although not unanimous – for continuing to count e-scrap recycling in the national recycling rate.

“Electronics and e-waste should be included in the recycling rate calculation as these materials are considered MSW and typically are recycled,” wrote Michael Jensen of Waste Management, the largest residential garbage and recyclables hauler in North America.

The Maryland Recycling Network included electronics on a list of materials the group said the EPA should factor into the recycling rate.

“These materials, when generated by either households or businesses, are traditionally included in EPA’s and virtually all state recycling rates,” according to the group. “They are the materials normally handled by local governments as part of their solid waste management responsibilities.”

In their comments, a number of environmental advocacy groups highlighted toxic materials found within electronics. The Center for Biological Diversity, for example, argued the EPA shouldn’t count e-scrap recycling in the U.S. recycling rate because of the risk those substances pose to public health and to the environment.