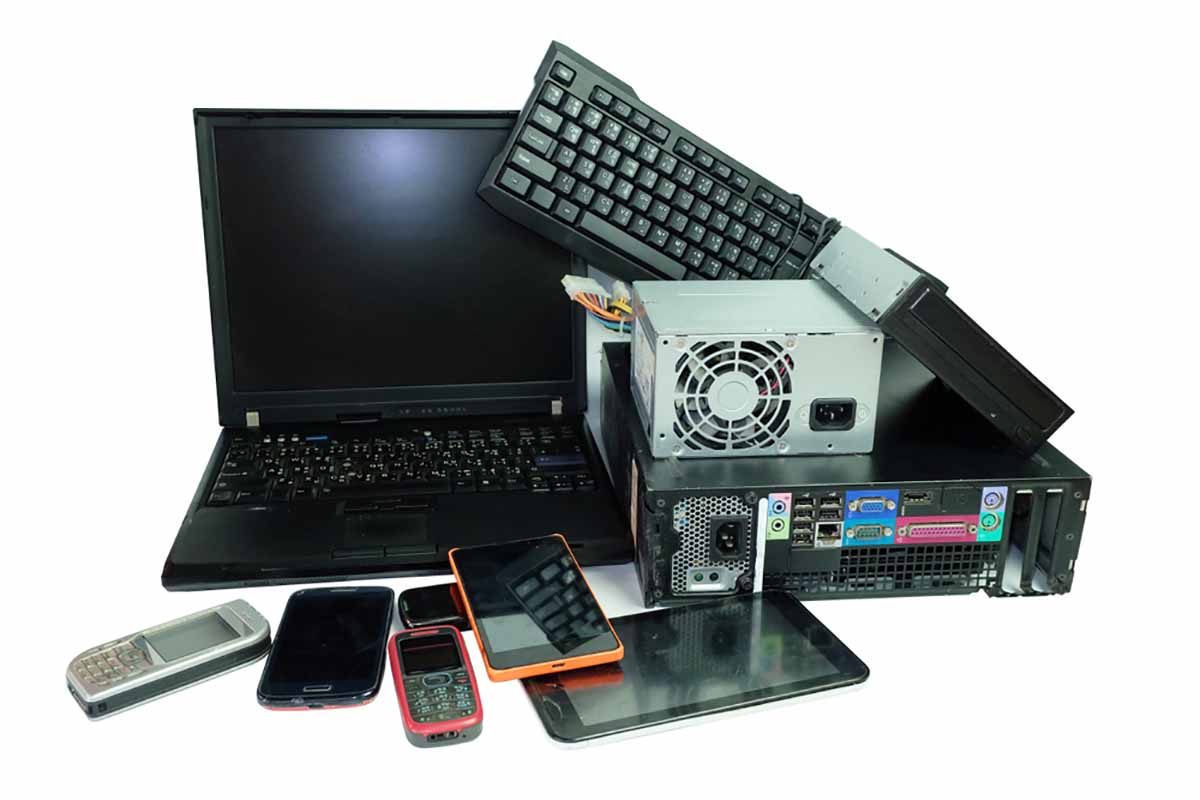 E-scrap generation, by weight, is down by almost 10% compared with its peak in 2015. | DAMRONG RATTANAPONG/Shutterstock

The weight of electronics entering the recycling stream has dropped consistently since hitting its peak in 2015, according to new research. The shift has implications for device processing and policy development.

Researchers at the Rochester Institute of Technology, the University of Hawaii at Manoa and Yale University recently published “The evolution of consumer electronic waste in the United States.” The study examined the end-of-life electronics stream, looking at overall weight and trends in device makeup. Callie Babbitt, a co-author of the study, previously studied the changing end-of-life device stream.

The results show fewer pounds being discarded and recycled in recent years, as well as fewer hazardous materials in the e-scrap stream. Both trends are largely connected to evolving TV technology, particularly the move away from CRTs and mercury-bearing LCDs.

“Over 95% of the lead in e‐waste was associated with CRT glass, and the declining presence in the waste stream is due to technological progress and natural substitution by newer products,” the researchers wrote.

E-scrap generation, by weight, is down by almost 10% compared with its peak in 2015, when U.S. consumers discarded roughly 1.8 million metric tons of electronics.

“The observed decline is attributed mainly to technological substitution of heavy CRT displays by lighter LCD and LED technologies, which results in approximately 75% mass reduction per product,” the report noted.

The declining weight has impacts for state e-scrap programs in the U.S., most of which set targets for OEM obligations based on the weight of products manufacturers sell per year. One of those is Wisconsin, which recently reported a continuing decline in the amount of material recycled under its program.

The study references the recently overhauled Illinois state program, which requires OEMs to fund collection sites based on population density. Such a system is less impacted by the shifting device stream than the current standard of weight-based programs, and other states have examined similar changes.

“While a mass‐based end‐of‐life product recovery mechanism can be effective in waste diversion, it is not responsive to the decreasing dominance of larger devices and increasing prevalence of lighter, multifunctional products containing critical metal content in the waste stream,” the researchers wrote.

Beyond the decline in weight and hazardous materials, the researchers found greater complexity in devices. As key examples, the study pointed to the increasing use of components such as lithium-ion batteries and flat panel glass.

“These complex components present barriers to sustainable materials management, particularly because recovering the valuable materials they contain is hindered by a lack of recycling infrastructure and commercial‐scale recovery technology,” according to the study.

The research was funded by the Consumer Technology Association, the National Science Foundation and the Staples Sustainable Innovation Lab at RIT.