In My Opinion: Apple’s policies have wide-reaching impact

E-waste is a critical issue for both the United States and the global community. To put it in perspective, the generation of these products has increased by 50 percent from 2000 to 2017. The recycling rate is a dismal 36 percent. The good news is that it is a significant improvement from the 10 percent of 2000. 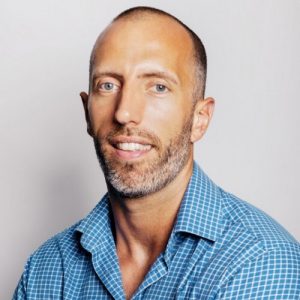 Experts expect the market to grow annually through 2023 by nearly 5 percent, which means an ever-increasing rate of waste generation and the ensuing pollution.

Within this context, we have Apple’s evolving sustainability policies. The computing giant’s decisions around recycling, reuse and more have provided both a breath of fresh air and major obstacles for those of us who care deeply about the environmental footprint of electronics.

Apple and its environmental impact

It’s essential to look at the problem of e-waste from several perspectives. It starts at production. Apple uses 100-percent recycled aluminum on some products. That is both an eco-friendly choice and an economical one.

This source saves Apple money. Big money. China is the world’s largest aluminum producer. There are costs and environmental impacts associated with mining and shipping material to production centers.

However, the manufacturer also puts up barriers. Users wanting to extend the life of their devices by fixing them will find independent repair personnel are unable to help. The reason: Apple’s requirements to participate in their authorized programs set an unreasonably high bar to meet.

If that weren’t enough, users will find that the goal posts move with each software update. Apple tends to tighten the boundaries on third-party parts that could save users money on a costly repair.

On a positive note, engineering advances have made Apple’s devices more energy efficient. That has the indirect effect of encouraging buyers to keep their equipment, instead of upgrading at every chance. The company also tries to make it easy for the buyer with an extensive network of repair locations – though those repair outlets must play by the manufacturer’s rules.

Apple also addresses the e-waste issue with its Apple Trade program. Essentially, it allows consumers to get credit for returned items – the buyer benefits at a better price for something new. The company can get cash for the recycled materials or from devices that they can reuse themselves.

Electronics contain many rare earth elements. The problem is that extracting these metals is extremely environmentally destructive. The by-products, such as arsenic, are equally as dangerous, polluting local water supplies.

Apple’s policies to encourage trade-ins and developing updates to its devices goes a long way toward limiting the mining of rare earth metals and curbing the global trade inequity with supplies.

Score another win for the company because they save money in the process.

Apple uses what it can from returned and recycled devices. Many of the updates, after all, are under the hood and are related to the materials. Their program helps to ensure a steady flow of supplies for creating products and an income stream on the parts it retrieves.

That means less mining and other environmentally destructive processes for sourcing materials. Apple also benefits by streamlining their production process.

However, when looking at the impact of products, it’s imperative to consider all steps on the supply chain. In an effort to reduce the fragmentation of their operating system, Apple has pushed the envelope toward buying new.

Why recycling is important

When we talk about e-waste, it isn’t just about landfills. These products contain materials that are dangerous for the environment and all of its denizens, including humans. Everyone has a pivotal role in ensuring the safe processing and recycling of their devices. Many countries lack the infrastructure and facilities to dispose of or recycle these things safely.

These are some hazardous materials that we’re talking about within Apple electronics and others of its ilk. Can you say cadmium, lead and copper?

The impact of Apple’s role is even more significant when you consider its place on the global stage. The United States alone constitutes over 45 percent of its global revenue. Americans like their electronics. Like other developed countries, they are more likely to open their wallets for the latest and greatest. That makes the role of e-waste policies even more important.

It’s essential to understand that Apple’s place in the American and global communities are both direct from policies that interact with buyers and those that are indirect but have an equally significant role in putting up barriers for curbing e-waste. Both are critical parts of the equation.

Recycling benefits the environment. However, so does repairing a working device and getting more use out of it.

E-waste will likely emerge as among the most pressing environmental issues of our day. The ramifications are dire because of the long-term effects. Apple has addressed this cause at the cost of consumer savings and choice. But for those wanting an alternative to upgrading their device with every software update, you may find yourself out of luck if you own an Apple product.

In this day and age, we weigh a company’s policies as part of our buying decision. Sure, there are other factors involved, too. Apple has stepped up to the plate but at a price. Unfortunately, it’s the consumer and the independent repair shops that pay it.

Stewart McGrenary is managing director of iPad-Recycle, based in the U.K. The company offers repair and recycling for devices, whether fitted for Wi-Fi or a carrier provider. The company’s goal is to make the exchange as easy as possible with competitive pricing.