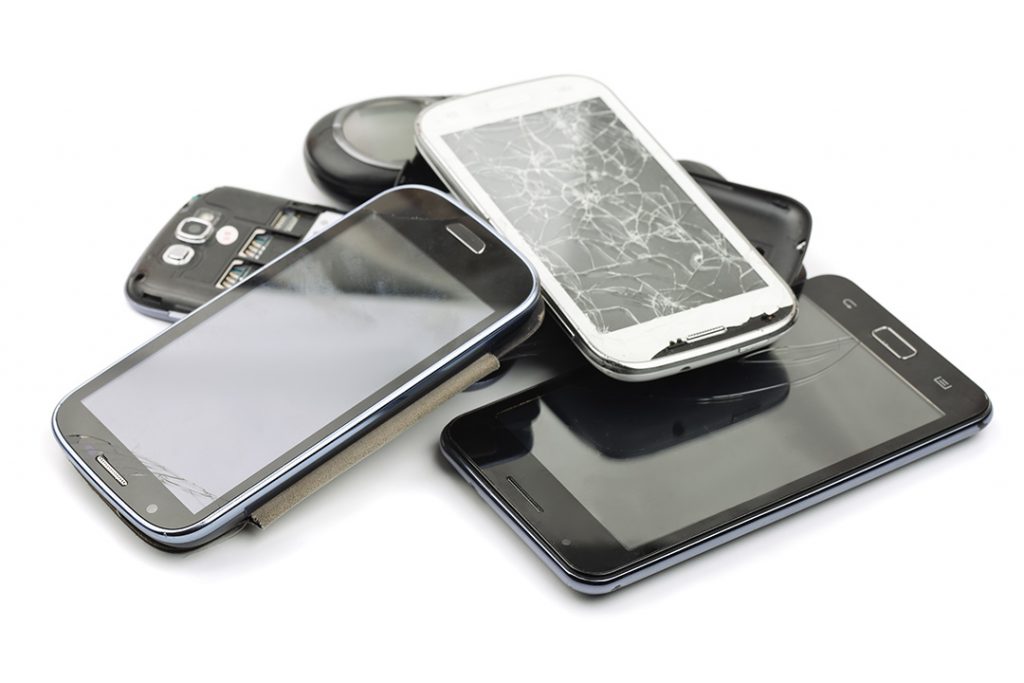 Ingram Micro’s ITAD division has cut a check to fund the collection and recycling of an estimated 12,000 phones from African countries. | Anton Starikov/Shutterstock

Ingram Micro has partnered with Dutch company Closing the Loop to recycle scrap phones from Africa, the first step in what’s expected to become a deeper collaboration.

Ingram Micro’s ITAD division has cut a check to Closing the Loop to fund the collection and recycling of an estimated 12,000 phones from African countries.

The undisclosed payment amount – and the estimated number of phones to be recycled – was calculated based on the number of laptops and mobile devices used by Ingram Micro’s own employees that the company sells on secondary markets each year.

In that way, Closing the Loop is essentially offsetting the impact of Ingram Micro employee laptops resold around the world.

Todd Zegers, global vice president of ITAD and reverse logistics at Ingram Micro, wrote about the Closing the Loop deal for ChannelFutures.com. The one-year deal was signed in March.

“While we know the notebooks we recycle internally go through a responsible disposal process, we don’t have control over the disposal of notebooks we resell,” Zegers wrote. “So, we decided to take proactive measures to offset them. By reselling them for re-use and working with Closing the Loop, we’re not only giving the notebook computers a second or third life, we’re also ensuring an equivalent amount of electronic waste is removed from the global waste stream in the event future owners of the notebooks don’t recycle them responsibly – and the devices end up in a landfill.”

Trying out the service

Led by founder Joost de Kluijver, Amsterdam-based Closing the Loop purchases scrap phones from collectors in Africa and then exports the material to Europe for recycling.

Closing the Loop receives funding from telecommunications companies, including T-Mobile, and others that want to offset the impact of their new device sales. In early 2019, Closing the Loop told E-Scrap News it charges telecoms between 2 and 5 euros for each phone collected.

In an interview with E-Scrap News, Zegers explained his company wanted to try doing business with Closing the Loop before offering the offset service to Ingram Micro’s customers.

Ingram Micro has roughly 30,000 employees around the world, many of whom use laptops and cell phones as part of their jobs. Zegers gathered data from the company’s ITAD locations and developed an estimate of how many of Ingram Micro’s own devices the ITAD group sold into secondary markets over the previous 12 months. A laptop-phone-equivalent formula was used to determine that recycling 12,000 phones would roughly equal Ingram Micro’s laptops and mobile devices sold each year.

In an email to E-Scrap News, de Kluijver said he feels Ingram Micro can play a key role toward a more sustainable tech industry. Ingram Micro can do that “mainly by offering customers – which often have little knowledge of green IT – sustainable services for IT that are turn-key, risk free and most of all very easy to implement,” de Kluijver wrote. “It really helps an IT procurer if her/his current vendor integrates green services into current processes, so the customer gets ‘hassle free sustainability.'”

Zegers said the one-year agreement was intended to give Ingram Micro an idea of how the program works and what Closing the Loop’s deliverables look like, Zegers said. That can help inform the company’s decision about whether to bring the concept to Ingram Micro clients.

When Ingram Micro’s ITAD division sells a customer’s used electronics on secondary markets, the sale generates asset-recovery credits for that customer. Some customers have expressed interest in spending those credits on Closing the Loop’s offset program, he said.

One of those ITAD customers, a global consulting firm, is currently in talks with Ingram Micro to spend the firm’s asset-recovery credits on the e-scrap offsets, Zegers said. He said they may have an agreement finalized with the consulting firm by the fourth quarter of this year.

Bringing OEMs into the picture

After presenting the offset program to Ingram Micro’s ITAD customers, the next step could be offering it to global OEMs and carriers, including Apple, AT&T, Samsung and others, Zegers said. Ingram Micro distributes those companies’ mobile phones around the world. That mobile phone space is Ingram Micro’s biggest opportunity to make a global impact, he noted.

IT service companies such as Ingram Micro can encourage OEMs to embrace circular solutions “because the service providers are the perfect link between the user and producer,” de Kluijver said. “They can turn sustainability into a service.”

Separate from the Ingram Micro partnership, an offset program is now being offered to manufacturers through the sustainability certification organization TCO Development.

Based in Stockholm, the nonprofit group recently rolled out a program called E-waste Compensated, through which new electronics receive a special certification when the manufacturers of those devices provide funding to Closing the Loop or any other offset program that meets TCO Development’s requirements. In that way, when institutions procure electronics with that certification, they fund collection and recycling of e-scrap in developing countries.

According to de Kluijver, the procurement program, the Ingram Micro project and other Closing the Loop efforts all follow the same principle: “Sell something that works, and compensate for it by collecting something that doesn’t.”