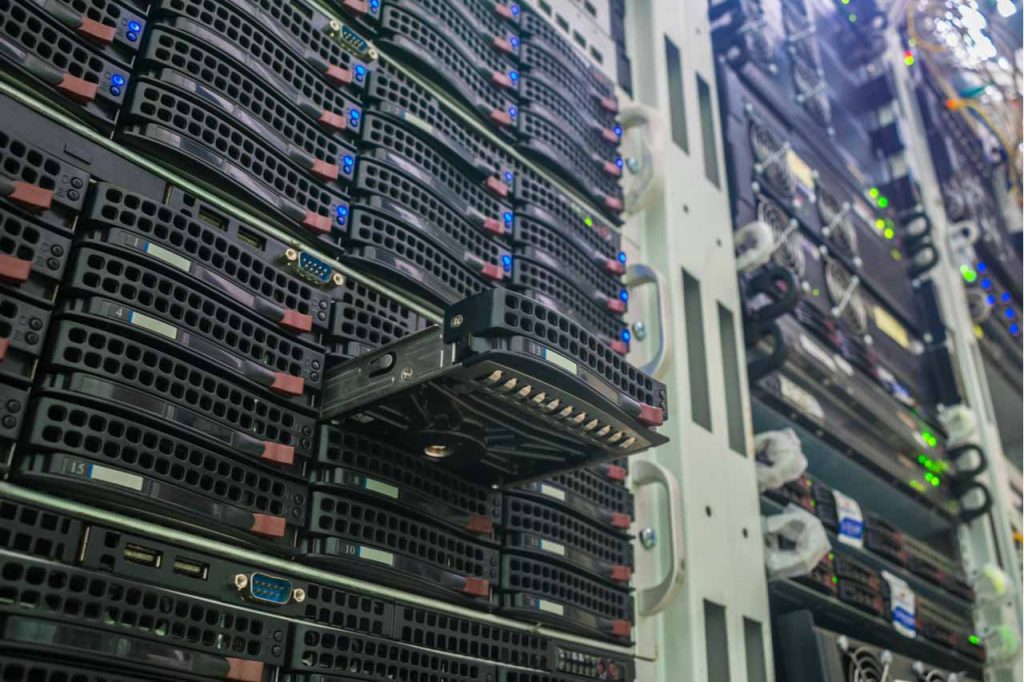 ITRenew this January opened a  315,000-square-foot facility in the Kansas City area. | Maximumm/Shutterstock

ITAD providers may be struggling to access used devices amid office and school closures, but a company managing hyperscale cloud computer equipment is finding business is healthy amid the pandemic.

ITRenew provides services to data centers, which are experiencing higher traffic levels as a result of increased time people are spending online. That means they’re expanding their capacity and continuing to refresh equipment.

“We sit in the best possible spot in terms of who our clients and who our partners and who our customers are,” said Ali Fenn, president of the Newark, Calif.-headquartered company.

Fenn recently provided an update on the company, which opened a large processing facility in Kansas in January and announced the closure of a warehouse in the San Francisco Bay Area in March.

In January, ITRenew opened a  315,000-square-foot facility in Olathe, Kan., in the Kansas City area. The company discussed plans for the facility with E-Scrap News last September.

At the Kansas site, located in what’s called the I-35 Logistics Park, crews perform a number of services. They provide traditional data center decommissioning/ITAD services, and they prepare refurbished equipment, as well as components, for sale on the market. The refurbished equipment includes ready-to-go refurbished rack-scale systems for sale to large data centers (sold under the Sesame brand), smaller-scale systems (sold under the Edge brand), and computer components.

The Midwest location gives ITRenew a physical presence in the “epicenter” of the majority of data centers in the country, Fenn said. While Silicon Valley is where numerous big tech companies are headquartered, data centers are frequently located in areas with lower power and labor costs, she said.

On March 31, ITRenew filed a notice with California officials that it planned to close a Newark facility and lay off 97 people, effective at the end of May. The Mercury News newspaper mentioned it among a roundup of layoff notices in the Bay Area.

Fenn said ITRenew has its headquarters and two other facilities in Newark, and the closure affected one warehouse location. She described the move as part of the company’s constant recalibration of its facilities to get closer to data center clients and reduce logistics costs. She noted ITRenew is “shifting capacity around.”

‘We sit in one of the more ideal spots’

Companies oriented around processing computers from offices and schools have struggled to access feedstock in recent months. That’s because those customer sites have been closed or their IT staffs have put asset disposition on the back-burner.

But data centers, which are considered essential facilities, don’t typically have a lot of employees. That has meant ITRenew and others serving that segment of the market can continue accessing those locations during the pandemic.

Meanwhile, the hyperscale data centers are expanding capacity, which means they’re continuing to decommission equipment so they can run as efficiently as possible, Fenn said. It also means the systems providers have been busy supplying data centers with equipment. Those trends are good upstream and downstream news for ITRenew.

“For the biggies, they have plenty of market power to get what they need,” she said.

But COVID-19 has affected the supply chain for the broader data center rack market. With a constant supply of equipment, ITRenew has been able to supply that need, Fenn said.

Like other companies, ITRenew employees have been affected by the pandemic – corporate employees are working from home, for example – “but from a business perspective, we sit in one of the more ideal spots,” Fenn said.

Other companies serving the data center sector have recently emphasized the potential in that market. Sagent, which supplies refurbished electronics to data centers, also noted an increase in demand because of increased online traffic. And Sims Lifecycle Services, a global data center decommissioning company, reported earlier this year that its push into recycling the cloud has helped increase its profitability.