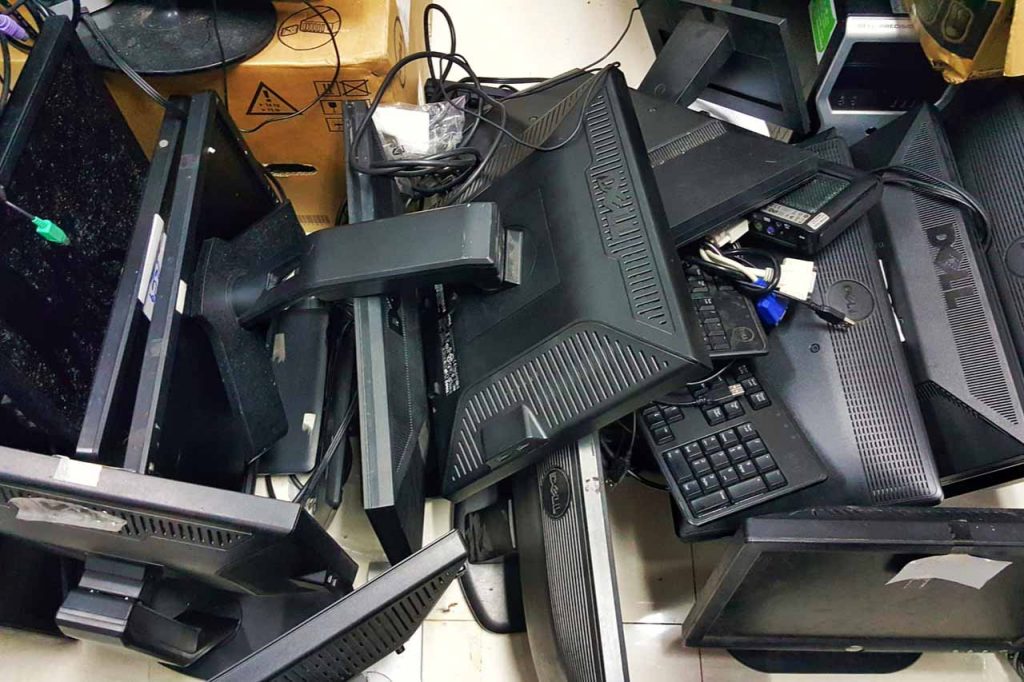 In 2019, the E-Cycle Washington program’s total weight collected was 21.4 million pounds, down from 25.3 million pounds in 2018. | Koy_Hipster/Shutterstock

For the first time, the number of flat-panel displays collected under Washington’s e-scrap program exceeded that of CRTs, according to an annual report.

The E-Cycle Washington report for 2019 noted that the unit count of flat-screens was more than CRTs for the first time in 11 years of collections, although specific numbers weren’t provided. On a weight basis, CRT device collections still exceeded flat-panel devices.

The program covers TVs, monitors and computers, including laptops.

As the total weight decreases, the mix of electronics being recycled is also changing. Because of that, the composition of recovered commodities is morphing as well. The following graph is based on annual reports submitted by the Washington Materials Management and Financing Authority (WMMFA), the stewardship group that oversees collections and recycling on behalf of electronics manufacturers (story continues below graph): 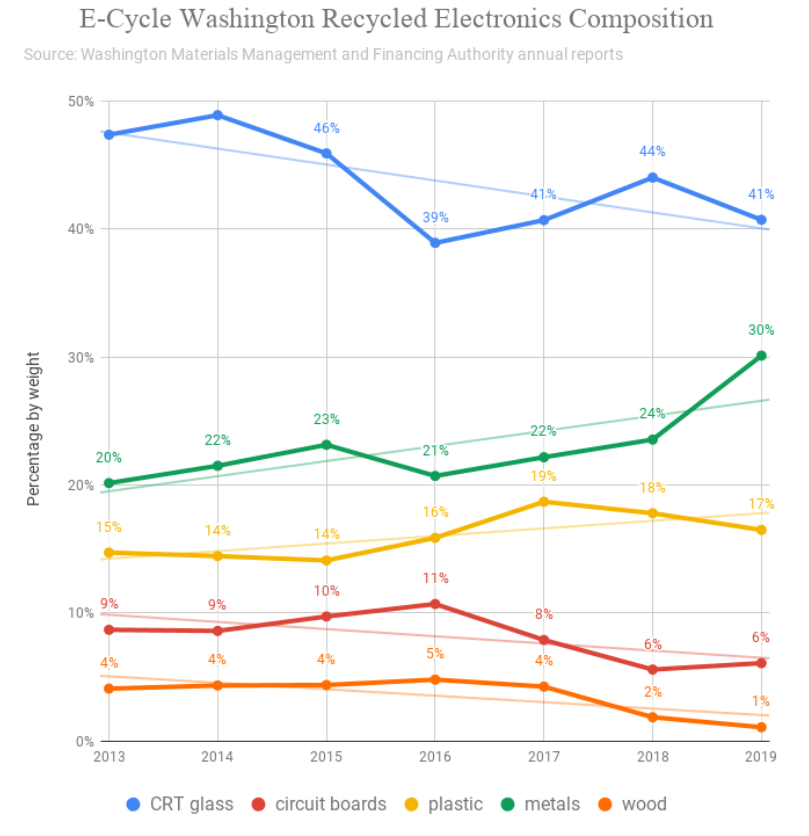 Note: The categories above are major categories only. The numbers don’t equal 100% because the chart excludes batteries, mercury lamps, landfilled residuals, unleaded glass (not separately recorded after 2013), devices awaiting processing or in transit, and reused electronics.

Which processors got the pounds