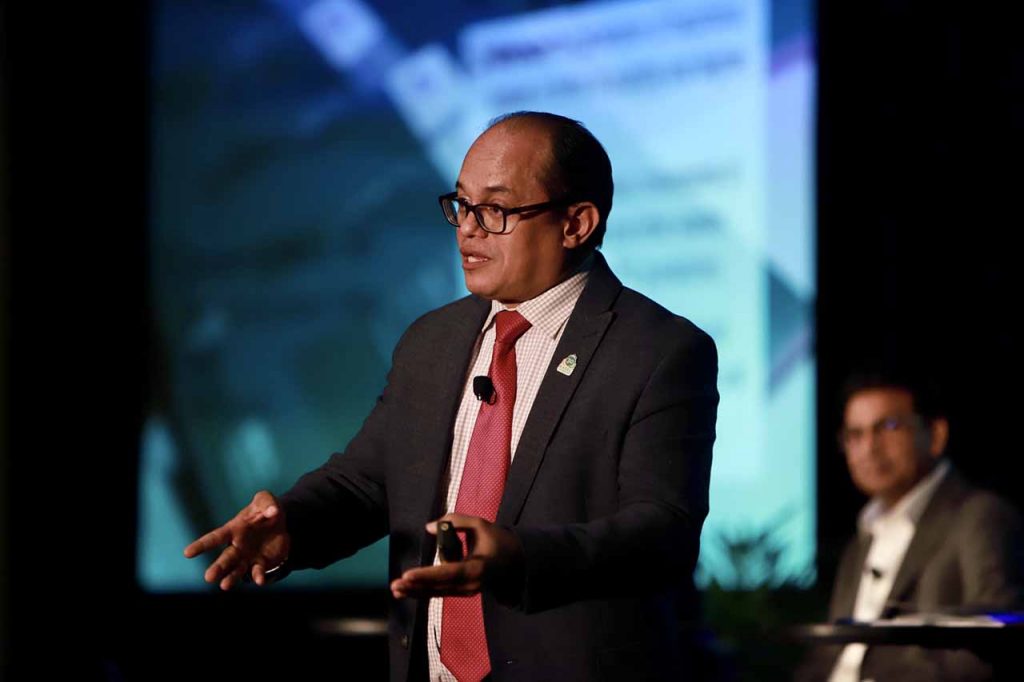 Scrap plastic exporters should closely monitor policy changes in the countries they sell to as the global community prepares to enact more aggressive shipment requirements, according to the top staff member for the Basel Convention.

Changes to the global treaty that are coming into effect in January 2021 will have significant impacts on U.S. exporters, according to Rolph Payet, executive secretary of the Basel Convention, the international treaty covering waste shipments between nations.

Last spring, 187 countries that are party to the Convention agreed on an amendment that implements a plethora of requirements for shipping plastic waste between countries. Some loads of common scrap plastics will be considered “hazardous” material under the amendment. This triggers a variety of mandatory reporting requirements when shipping material to a country that’s party to the Convention.

Plastics from e-scrap, known as e-plastics, will likely be subject to the new rules brought on by the amendment. Despite overseas import disruptions in recent years, U.S. companies are still shipping significant volumes of these plastics to Asia and elsewhere.

Payet, who spoke in multiple presentations at the Plastics Recycling Conference and Trade Show last month, said scrap plastic trade between countries will be subject to “much more stringent controls” under the new rules. (The conference was put on by Resource Recycling, Inc., publisher of E-Scrap News.)

“What the amendment has done and is starting to do, and this will continue to evolve over time, is trying now to differentiate between different types of plastic,” Payet said.

Between now and January, Convention party countries will be working to incorporate the changes into their own laws. This is where U.S. exporters should be paying close attention, according to Payet.

“If you are exporting to Indonesia for recycling, you need to know what Indonesia is developing, what are the laws they are putting into place,” Payet said. “Because that will affect the kind and type of plastics, and the quality of recycled plastic, you’ll be sending to that country.”

After the Basel Convention adopted the amendment last spring, one expert said the changes could have a bigger impact than the import restrictions enacted by the Chinese government in 2018.

Payet agrees with that assessment. But it’s a different type of impact, he explained.

“My foresight is that with the changes and classification of plastics, the industry will change,” he said. “You will send now a container with a full description of the material you’re sending for recycling, and of course it will be clean, and it needs to be properly labeled.”

If the destination country chooses to accept the material, knowing exactly what is being shipped, then the trade can occur. If the country declines the shipment, it is blocked.

The changes will introduce new classifications to allow greater specificity as to which type of plastic is being shipped. In the future, this differentiation could extend even further, Payet said. He noted pellets made from recycled plastic, which are currently identified the same as virgin pellets in international shipments, could become subject to the increased notification and consent requirements.

He framed the changes as an improvement to the scrap plastics trade, rather than a move to stop the movement of material altogether. And without these changes, he added, countries have the right to and will likely continue enacting blanket import restrictions.

“Just like China unilaterally decided to block all imports of waste, other countries can do the same,” Payet said. “If we don’t fix this, other countries will follow suit. So suddenly everybody will cross their arms and say, ‘Look, I’m not importing any more waste from anybody.’ I don’t think that is in the interest of industry nor in the interest of the whole-world solution to plastic waste.”

Payet said the ultimate goal of the Convention is to promote domestic recycling industries; after all, he noted, some countries without the resources to process recyclables domestically are forced to export these materials.

Some recycling stakeholders don’t realize there will be a U.S. impact, Payet said, and may be under the impression they can carry on as usual because of the non-party status of the U.S. But Payet said there has been significant dialogue with U.S. stakeholders, including the U.S. State Department, on the amendment.

“These international treaties are setting up international law, which means that whenever a product or a service is going to leave the boundaries of your country, it’s going to be affected by those,” he said.

It is still unclear exactly what that impact will look like, beyond the fact that there will be additional paperwork requirements. One interpretation of the amendment is that it will block scrap plastic exports from the U.S. to most Basel-party countries, but Payet interprets the amendment to simply give party countries the clear deciding power of whether they want to import specific shipments. That goes for shipments coming from any country, including the U.S.

In another component of the amendment with U.S. significance, U.S. regulators last summer asked a coalition of what are generally considered “developed” countries not to implement the Basel amendment rules in their national laws.

A version of this story appeared in Plastics Recycling Update on March 11.