Plastics-to-fuel facility to take in e-plastics 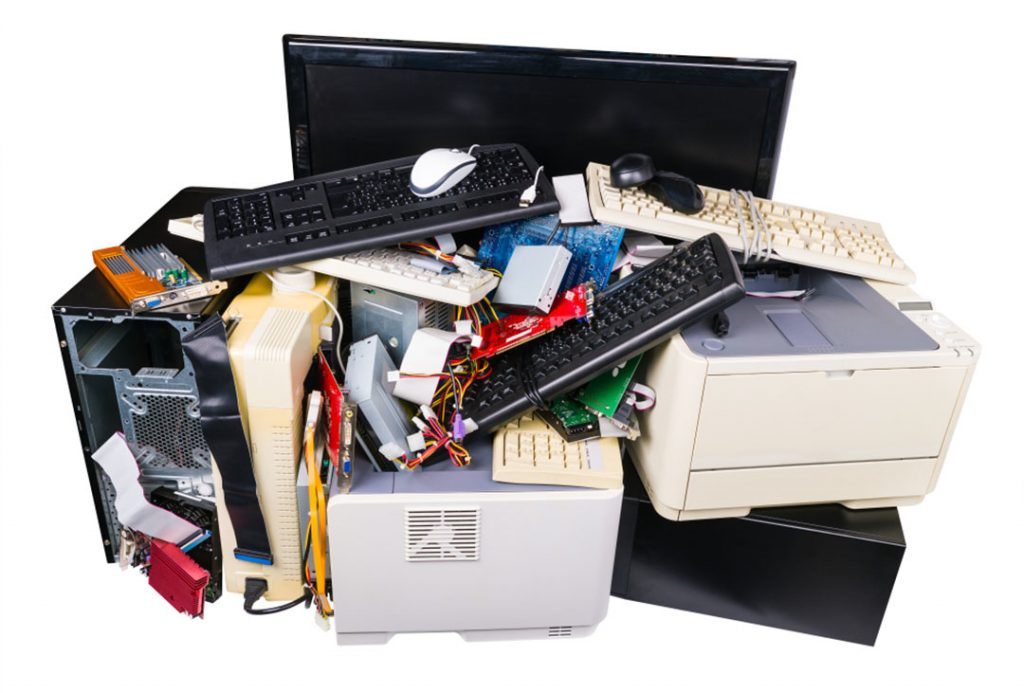 The development of a new domestic e-plastics outlet comes at a time of market turbulence for the low-value materials. | KPixMining/Shutterstock

An Indiana plastics processing operation will consume roughly 40 million pounds of plastic from e-scrap and other products annually. Brightmark Energy plans to start up the facility in mid-2020.

The operation, currently in development in Ashley, Ind., will bring in a variety of plastics, particularly materials in the mixed plastic Nos. 3-7 stream. The facility, which is being developed by San Francisco waste and energy commercialization firm Brightmark Energy, this week announced a partnership with an e-scrap company.

RecycleForce, an Indianapolis nonprofit e-scrap organization, will supply Brightmark with up to 3.4 million pounds per month of ABS, PC and other polymers from TVs, computers, medical devices, car seats and other products.

In an interview, Brightmark CEO Bob Powell said the facility will use a pyrolysis process to convert plastic waste into a few types of fuels or other chemical products, including commercial-grade waxes. Pyrolysis involves chemically breaking materials down by heating them in an oxygenless environment.

“If the plastics are baled, we will de-bale those plastics and feed them into our process, where we shred, dry and pelletize into pretty small pellets,” Powell said. Those pellets are then fed into the pyrolysis system, which converts them into ultra-low-sulphur diesel and naphtha blend stocks, which are used in fuel production.

The facility broke ground in April 2019 after receiving $260 million in funding. Located on a 40-acre site, the plant is on schedule to be completed in late spring or summer 2020 and to be operating at full production scale by the end of the year, Powell said.

The development of a new domestic e-plastics outlet comes at a time of market turbulence for the low-value materials. China, once the largest consumer of plastics recovered from electronics, stopped importing those and most other plastics in 2018. In the wake of China’s ban, other markets have enacted similar restrictions, most recently India, which has clamped down on its scrap plastic imports since the summer.

Processors experienced significant disruptions in e-plastics movement because of those policies. More recently, operators have been able to move e-plastics to certain Asian markets, but only the highest-quality materials and still at a depressed price.

“I think our timing is opportune here, with the challenges of shipping to places like China,” Powell said.

RecycleForce, which collects a variety of electronics and appliances, sees the timing the same way.

“Right now, I’ve got 10 semi-trucks worth of plastic sitting here ready to ship out to Brightmark’s plant as soon as it’s up and running,” said Andrew King, inventory and quality control director for RecycleForce, in the announcement. “That’s 10 semis worth of product that I haven’t been able to process because of the China recycling glut we’re facing in the United States. The second these trucks leave our lot for recycling with Brightmark, we can bring in more materials.”

In a video about the partnership, King expanded on the benefits of working with a nearby outlet.

Future expansions in the works

Brightmark says RecycleForce will provide an ample supply of e-plastics, and the facility is not currently looking for additional suppliers. But Powell noted the company has expansion plans: Brightmark anticipates growing the Ashley, Ind. facility up to eight times its initial size as the operation scales up. And the company recently completed a nationwide survey asking communities their level of interest in a Brightmark facility located in their region – the survey yielded a “triple-digit” list of communities with interest, Powell said.

“As we expand there at that site, or build at other sites, we would absolutely seek to have partners that recycle e-waste materials and get plastics there,” he said.

Powell declined to comment specifically on the financial structure of the contract with RecycleForce; however, he noted that Brightmark’s model is to pay suppliers, rather than charge a tip fee. Even though plastics markets are at a point where the facility could possibly charge for material, Brightmark chose this structure to “create a sustainable business model,” Powell said.

“That means not only are our projects sustainable, but we want to provide the right incentives for those like RecycleForce to process and bring to us their plastics,” he explained. “We’ve designed it so we pay a little bit of money to create a sustainable business model.”

In addition to RecycleForce being conveniently located near the Ashley plant, Powell said Brightmark was interested in working with the organization because of its social mission: RecycleForce employs formerly incarcerated individuals, aiming to reduce recidivism through workforce training and employment.