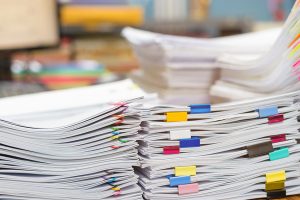 According to SERI, which oversees the standard, the largest category of public comments was on data security, accounting for about one-fifth of them. After that, large numbers of comments focused on the R2 Equipment Categorization (REC) document and the downstream recycling chain.

SERI and its R2 Technical Advisory Committee (TAC) are working to develop the third version of the R2 standard. In April, the nonprofit group released a draft of the update, called R2v3, for public comment. The update makes a host of changes to the standard, to which nearly 900 facilities around the world are now certified.

SERI’s new R2 director, Sean De Vries, who was brought on board in the fall, is compiling the comments in preparation for an upcoming June 19-20 TAC meeting in Austin, Texas. The meeting is open to anyone to attend, although pre-registration is required.

“The TAC will review all comments submitted and based on the information suggested, determine if any changes to the proposed R2v3 standard are needed,” according to SERI. “Where changes are deemed necessary, the TAC will draft revised language, which will subsequently be posted for public review and comment.  After considering all comments, a summary of all comments received, and the corresponding actions taken on each, will be published on the SERI website.”