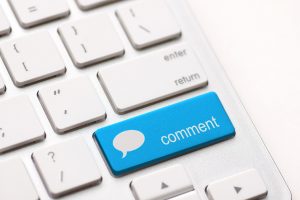 A proposed update to the R2 standard has been crafted with an eye toward emphasizing reuse, boosting data protection requirements and improving device testing and repair, according to Sustainable Electronics Recycling International.

SERI, the nonprofit group that oversees the R2 electronics recycling standard, released a draft of the proposed update, called R2v3, on April 2.

R2 has been widely adopted throughout North America and the world. In all, more than 850 facilities in 34 countries are certified to the voluntary standard.

First rolled out in 2008, R2’s current language was adopted in 2013. For the last three years, SERI’s R2 Technical Advisory Committee (TAC) has been working to draft an update. According to SERI, R2v3 reflects a decade of experience from auditing and implementing the standard. Among a host of significant changes, it includes more emphasis on testing, repair and reuse. Requirements have been strengthened in the areas of data protection; downstream material flows; and environmental, health and safety, SERI noted.

The electronics recycling and reuse industry is diverse and includes collectors, ITAD companies, dismantling shops, parts harvesters, shredding and sorting businesses, smelters, mobile device trade-in companies, repair and reuse shops, commodity brokers and others. In late 2017, when E-Scrap News looked at the adoption of R2 as it approached its 10th birthday, SERI staff noted a shift in the types of businesses pursuing new R2 certification, including an increase in mobile phone-focused businesses.

“This modular approach will better adapt to the specialization and diversity of facility types and changing business models within the industry,” according to a SERI press release.

On its website, SERI has posted the full R2v3 document, as well as a sheet showing highlights, documents mapping where existing requirements can be found in the new standard, information on upcoming webinars, and a message from SERI Executive Director Corey Dehmey.

The Institute of Scrap Recycling Industries (ISRI) on April 2 sent an alert to members letting them know about the draft’s release and informing them about a scheduled public hearing on R2v3 at the ISRI 2019 Convention and Exposition, set for April 8-11 in Los Angeles.

SERI will also accept public comments submitted through an online form during a 45-day comment period. The TAC will then consider revisions to R2v3 based on the feedback, and it may schedule additional public comment periods, according to SERI. The decision on each comment will be explained on SERI’s website, the group wrote last month.

R2v3 is expected to be finalized and approved by the end of 2019. Once released, R2-certified facilities will have at least 18 months to upgrade to R2v3. “SERI has allocated significant resources for education to assist R2 certified facilities to transition to the revised standard,” according to SERI.