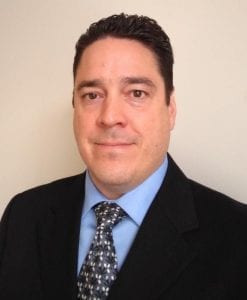 SERI has named Sean De Vries as its R2 director. In that position, he’ll lead the ongoing process of developing an updated R2 standard. De Vries has served for three years on SERI’s R2 Technical Advisory Committee, a group he’ll work with in his new role. R2 is an electronics recycling and refurbishment standard covering environmental, health and safety concerns.

“His understanding of the industry, its various stakeholders, and standards development is a tremendous asset to SERI and we are excited to have Sean as part of the team,” Corey Dehmey, SERI executive director, stated in the announcement.

The R2 director role was previously filled by Dehmey, who was hired as executive director in June. Dehmey replaced Executive Director John Lingelbach, who led the R2 standard since it was introduced in 2008.

De Vries was previously the director of the Recycler Qualification Office (RQO), which audits and approves processors to receive material under Canadian electronics stewardship programs. He also led the development process for the Electronics Reuse and Refurbishing Program (ERRP) and the Recycler Qualification Program (RQP). Additionally, he helped develop and implement the provincial electronics stewardship programs themselves.