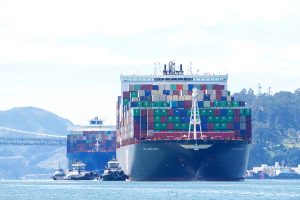 The move this month by 187 governments to alter a global waste treaty will mean further uncertainty for U.S. scrap plastic exports.

Major plastics-related changes to the Basel Convention on the Control of Transboundary Movements of Hazardous Wastes and Their Disposal, first proposed by the government of Norway last year, were approved by all countries that have ratified and are party to the treaty. The changes take effect Jan. 1, 2021.

Exports of well-sorted material, particularly single-resin loads, will be able to continue, though they will probably be subject to additional inspections to determine that they’re clean.

However, for containers of mixed plastics – a category that e-plastics generally fall into – movement will be more difficult. They will be subject to new notification and consent rules by sending and receiving parties. And some of the markets for U.S. scrap plastics that have seen the biggest growth in recent years will likely be restricted under the new rules.

There were several major changes that were approved in the recent Basel discussions, which took place over two weeks in Geneva. They are summarized in a draft document of the agreement, posted by the Basel Action Network (BAN) advocacy organization.

In addition, the parties added a new classification identifying plastic waste that is contaminated with hazardous materials as identified in separate Basel guidelines. These include materials that are flammable, poisonous, toxic to human health and more. It’s unclear whether e-plastics will fall into this category because some contain flame retardants.

A version of this story appeared in Resource Recycling on May 14.