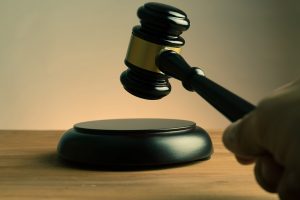 A much-publicized legal battle over the limits of copyright when it comes to computer refurbishment appears to have reached a conclusion, with a California e-scrap operator headed to prison.

In June of last year, Clifford Eric Lundgren was sentenced to 15 months behind bars by a judge for the U.S. District Court in the Southern District of Florida. The case centered around Lundgren’s efforts to produce and sell “restore discs” that could be used to restore Microsoft operating systems.

Lundgren, founder of Los Angeles-headquartered IT Asset Partners, and his legal team appealed the ruling, and the U.S. Court of Appeals for the 11th Circuit in Miami allowed him to remain free as the case unfolded.

Lundgren has argued in the media that he was being unfairly targeted and that the discs in question had no value because the software could be downloaded for free and could only be used on computers that already had a Microsoft license.

Federal prosecutors had taken another view: They calculated that Microsoft incurred $700,000 in losses, or about $25 per disc, and they recommended a maximum of 18 months in prison.

The Washington Post reported this week the 11th Circuit appeals court had sided with the original ruling and upheld the 15-month prison term. The Post story also offered additional details on the government sting operation that began in 2012 and led to the prosecution.

According to the Post, Lundgren has been given a couple weeks to organize finances before reporting to authorities.

Lundgren’s LinkedIn profile states that in addition to his leadership role with IT Asset Partners, Lundgren is involved with two other technology-focused firms: MiningSky and Tech Direct.