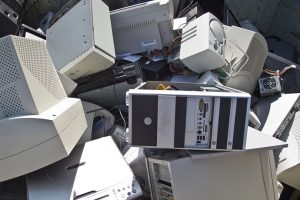 A Canadian province has received a positive reception for its electronics extended producer responsibility program, but collection volumes are trending lower than expected.

“The uptake has been very positive,” McCarthy told his interviewer. “There’s a little less than what we thought but it takes a while to get the word out that … you can recycle electronics.”

Dozens of drop-off sites have been established across the Canadian province of 760,000 people.