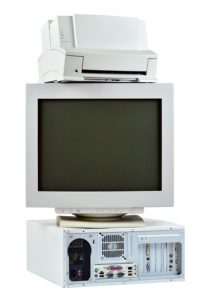 The program was first proposed in 2015. The regulations went through a drafting and public feedback process before developing into the mechanism that launched March 30.

New Brunswick’s program uses an environmental handling fee (EHF), similar to other provincial e-scrap programs. The charge is paid by buyers of new electronics at the time of purchase, but it is not listed separately on sales receipts, per the regulations.

The prohibition on displaying the fee drew the ire of a retail industry group, which in 2015 criticized the draft regulations as “misguided.” The group claimed a hidden fee goes against transparency and would force retailers to advertise different prices in New Brunswick than for the same product elsewhere.

Regulators countered that the trend elsewhere in Canada is moving toward including the fee in the total advertised price, which allows consumers to know the total they’ll be paying before purchasing the product. Defenders of the hidden fee also noted retailers can still inform consumers about the fee, just not on sales receipts.

New Brunswick’s program is managed by the Electronic Products Recycling Association (EPRA), an industry-funded stewardship group that now handles 9 of 10 EPR programs in Canada. Only Alberta’s program is handled by a different organization, the Alberta Recycling Management Authority.

Of Canada’s three territories, which have much smaller populations than the provinces, Northwest Territories has a program in place, while Yukon is slated to start one in August. Nunavut doesn’t have an EPR program for electronics.