How a former PC retailer has excelled in ITAD 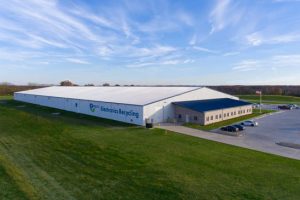 Despite trying economic times for much of the industry, Missouri-based EPC has found success by sticking with its specialty: refurbing and remarketing used IT equipment.

“It’s a struggle right now for the industry simply because most of the companies are primarily focused on recovery of raw material from scrap, which has been a real pain point for the last few years due to commodity pricing,” Dan Fuller, president of EPC, told E-Scrap News in an interview. “The companies that excel in remarketing are the ones that are going to be able to survive and thrive and possibly even grow.”

EPC recently opened a $5 million automated recycling center to handle the bulk of the company’s North American processing. That Wright City, Mo. facility is expected to handle 25 million pounds of material in 2017.

Despite challenging market conditions that have sunk some companies, EPC is one of a handful of e-scrap businesses that have found opportunities to grow their capabilities and service areas of late.

EPC, which was founded in 1984 as a retailer of new PCs, entered the remarketing arena for used computers in the mid-1990s. It was acquired in 1998 by CSI Leasing to repair and resell leased equipment and today EPC operates seven e-Stewards-certified U.S. facilities and additional locations in Canada, Costa Rica, Mexico, Slovakia and the U.K.

According to Fuller, the company handles about 70,000 whole devices a month globally and manages to refurbish and resell 90 percent to 95 percent of what it touches. Volume has been growing steadily in recent years, with the company’s main source of business being major corporate entities, Fuller said.

The Wright City facility joins EPC’s other ITAD-focused U.S. sites in Missouri, Nevada, Pennsylvania, South Carolina and Texas. And while it is equipped with a nearly $2 million automated shredding and sortation system, Fuller said 60 percent of what enters the building will still go toward remarketing. “Our No. 1 focus is to source as much equipment as we can that still has life in it, that can be resold,” Fuller noted.

He also pointed out that as the firm has expanded over the years it has largely resisted the general consumer market. The company maintains some contracts with municipalities and offers recycling services for residents, but it has found that much of the material from residential sources needs to be scrapped and is low value. “I doubt that we’ll ever get aggressive in household e-waste,” he said.

For the material that is recycled by EPC, the company’s proximity to Doe Run, a Missouri-based smelter, has proven fruitful: EPC sends all of its CRT material to Doe Run for processing.

“We’re one of the few companies that they still continue to do business with and it’s worked out very well for us,” Fuller said.

Looking ahead, Fuller said he anticipates the new Wright City facility, located outside of St. Louis, to serve as the central recycling hub for EPC as the firm continues to focus on expanding its ITAD capabilities and growing volume.

“We didn’t enter into this space as a result of being a scrapper or recycler and then see extra value in the IT space,” Fuller said. “We entered this as an IT company that saw the need to close the loop. We wanted to ensure our corporate customers that we would handle 100 percent of their disposition needs and that includes from start to finish.”