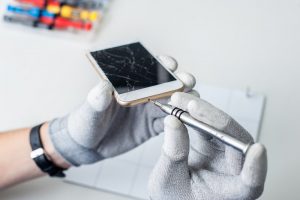 Legislation championed by electronics repair advocates failed to advance in the New York legislature this year.

The New York State Legislature adjourned last week without voting on bills requiring original equipment manufacturers (OEMs) to make repair information and parts available to individuals and independent repair shops. The legislation was S3998B in the Senate andA6068A in the Assembly.

Such legislative efforts have been dubbed “fair repair” bills by supporters.

The Digital Right to Repair Coalition pushed for approval of the New York law.

“We have a chance to guarantee our right to repair electronics – like smartphones, computers, and even farm equipment,” the group stated earlier this year. “We have a chance to help the environment and stand up for local repair jobs – the corner mom-and-pop repair shops that keep getting squeezed out by manufacturers.”

The law would require OEMs to make available manufacturer diagnostic and repair information and tools for purchase by independent repair facilities.

“This is an incredibly important issue, both for consumers and for local economies,” said Kyle Wiens, founder of electronics repair hub iFixit. “Repair creates local jobs, and recyclers are steadily increasing the sophistication of their repair operations.”

The Huffington Post reports the bill failed to advance amid intense lobbying against it from electronics manufacturers, including Apple, Cisco, IBM and Xerox.

Similar bills have also failed to advance this year in Massachusetts, Minnesota and Nebraska.

Wiens said supporters will push to reintroduce the bills next year.

“We need help from the recycling community now to set the stage for success next year,” he said.