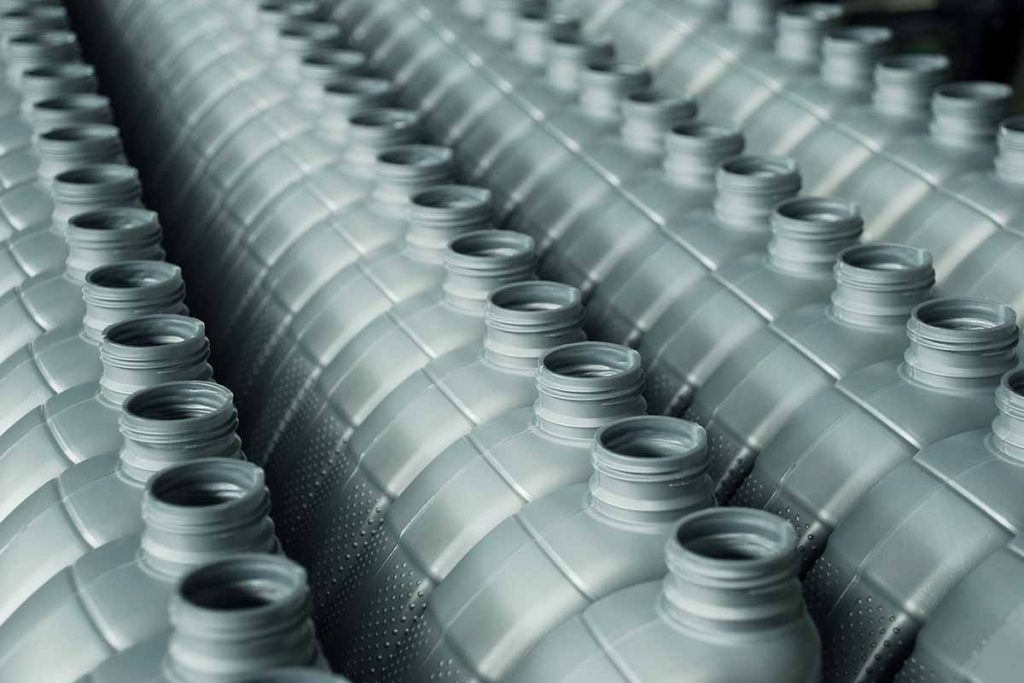 The REMADE Institute-funded research found that, over the course of their full life cycles, several common polymers account for about 1.5% of all U.S. greenhouse gas emissions. | rochariberio/Shuttestock

By the time plastic products reach their end of life, the bulk of their climate damage has already been done, according to a study that reaffirms greenhouse gasses tied to plastics are mostly generated in prime resin production, shipping and molding.

The study, funded by the REMADE Institute, was recently published in the journal ACS Sustainable Chemistry & Engineering.

As the wider societal conversation about plastics continues to evolve, the material’s climate impact has been much-discussed, both in terms of harmful environmental impacts from production but also in regards to the energy and emissions benefits that can come from plastic use.

Stakeholders have also sought to compare the environmental impacts tied to different forms of end-of-life management.

The REMADE-funded study focused on PET, HDPE, LDPE/LLDPE and PP in the U.S. It found that the full life cycles of those polymers accounted for about 100.6 million metric tons of carbon dioxide-equivalent emissions per year (the study used 2019 as a baseline year). That’s about 1.5% of total U.S. greenhouse gas (GHG) emissions.

Of that 100.6 million metric tons of CO2-equivalent emissions, 58.0% came from virgin resin production, 29.3% came from semi-manufacturing processes (essentially extruding and molding the resin), 7.7% came from end-of-life management and 5.0% came from transportation within the U.S.

Under the transportation category and compared to the whole, shipping resin generated 2.6% of total emissions, shipping semi-finished goods (such as extruded or molded products) generated 2.3%, and moving recycled resins around the country generated 0.1% of total plastic life cycle emissions.

It should also be noted the study mentioned the impacts of marine and terrestrial plastic litter, but it focused on energy usage and GHG impacts.

According to the research, of the PET and polyolefin material generated in the end-of-life stream, 77% was landfilled, 16% was incinerated and 7% was recycled.

However, when assessing how much each of those end-of-life pathways contributed to plastics’ total emissions impact, incineration proved to have the heaviest hand.

But the study found that waste-to-energy contributed the most to GHG emissions even taking into account the electricity generated, likely because waste-to-energy plants have a low electrical conversion efficiency rate.

On the landfill side, the study noted that though plastic is wasted as a potential recycled feedstock when it goes to the dump, it doesn’t contain biodegradable carbon.

As a result, the landfill-related emissions tabulated in the research are associated with collecting and moving the waste to the landfill, as well as the operation of landfill equipment, not the result of the plastic breaking down over time.

All that being said, landfilled plastic can indirectly generate more GHG-equivalent emissions because it likely means greater virgin plastic production, which is where the bulk of climate-changing gasses originate, the study noted.

“In our previous systems analysis model for PET bottles, we showed that landfilling plastics leads to sourcing of more fossil-derived virgin plastics, which results in higher GHG emissions,” according to the report.

The study touches on a topic of major debate in the U.S. right now: whether boosting recycling is the sole solution to reducing environmental impacts of plastics, or whether restricting virgin plastic production should be part of the equation.

Democrats in Congress recently introduced a bill that would put a halt to plastic manufacturing plant construction, pointing to a variety of health and environmental impacts in plastic production. But the legislation drew an outcry from plastics industry stakeholders, who don’t want to see any limits on the production and sale of plastics and argue that the plastics bring GHG benefits that substitute materials don’t.

For its part, the REMADE report argues that ensuring a more sustainable supply chain and beneficial economic and social outcomes means relying on a number of factors, including but not exclusive to recycling.

“Many claims are made that the circular economy is a concept that holds great potential to decouple economic growth from environmental harm,” the document concludes. “However, a circular economy for plastics may not guarantee a more sustainable supply chain with lower impacts on the environment and beneficial economic and societal outcomes. The sustainability of a future circular economy for plastics in the United States will depend on the nature of the plastic material flows, the sources of raw materials for plastics production (whether fossil in origin or from biomass), and the processes that recover and recycle plastic resins at sufficient scale and quality.”

The effort was funded by the REMADE Institute, a public-private partnership started by the U.S. Department of Energy and housed at the Rochester Institute of Technology in New York state.

A version of this story appeared in Plastics Recycling Update on December 6.