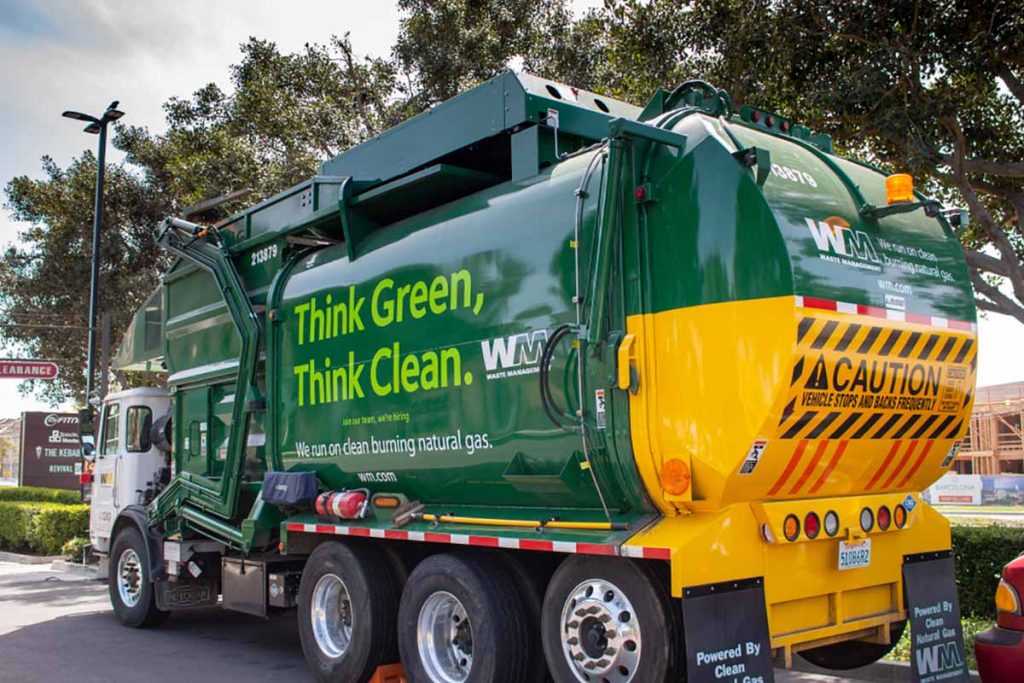 Plummeting recyclables prices took a bite out of the largest haulers’ revenues during the third quarter, and executives foresee worse prices to come.

Waste Management, Republic Services, GFL Environmental and Waste Connections reported year-over-year recycling-related revenue drops of 9%, 27%, 14% and 17%, respectively. Casella Waste Systems reported a 27% increase in a segment that includes recycling, but the boost was unrelated to the health of recycling markets.

By and large, the numbers mark a sharp reversal from the second quarter, when the five largest publicly traded garbage and recycling companies in North America reported surging recycling revenues.

And several leaders said during the conference calls with investors they expect fourth-quarter 2022 recyclables values to be far below the third-quarter numbers.

The company’s MRFs experienced a 30% drop year over year in the average sales price of their recovered commodities. In an Oct. 26 conference call with investors, John Morris, WM’s chief operating officer, said the company’s blended average commodity price in the third quarter was about $94 per ton.

“Demand for recycled material strengthened through 2021 and into early 2022, moderating during the second quarter and began to decline in the third quarter of 2022,” according to the company’s quarterly report.

The market conditions reduced profits in the recycling business by about $36 million, compared with the third quarter of 2021, according to a press release.

Still, company executives said WM’s shifts in recent years to a fee-based revenue model for recycling, as well as investments in MRF automation, have helped insulate it from commodity price downturns. Leaders were quoted discussing the financial benefits of the contract changes and sorting technology investments in a Resource Recycling story published last week.

That being said, in the near-term, WM is expecting more market difficulty. Morris said the company is anticipating a blended average commodity value in the fourth quarter of about $50 per ton, a decrease of about 62%.

The quarterly report notes that “continued significant headwinds are expected for the remainder of the year and into 2023 amid significant price declines resulting from the slowdown in the global economy, which is reducing retail demand and the need for package shipping.”

In related WM news, the company recently published its 2022 sustainability report, which noted that the company recycled 15.3 million tons of recyclables in 2021, up 2% from the year before (that includes organics, C&D debris, fly ash and various other materials).

The company reported recycling revenues of $87 million during the quarter, down 27% year over year.

According to the company’s quarterly report, the average price for recovered commodities (excluding glass and organics) was $162 during the quarter, down 30% from a year earlier. That price is also down about 26% from the second quarter of 2022.

Brian DelGhiaccio, Republic’s chief financial officer, said during an Oct. 27 conference call with investors the company is anticipating commodity values will average $90 per ton in the fourth quarter. The recycling business would remain profitable if commodity prices average $90, he added.

The following is a look at key third-quarter 2022 recycling numbers from the five largest publicly traded haulers in North America:

GFL Environmental (converted to U.S. from Canadian dollars on Nov. 7, 2022)

Recycling brings in about 2% of Republic’s operating revenues. Overall, the company reported $3.6 billion in revenue during the third quarter, up 23% year over year.

The company’s recycling business brought in 85 million Canadian dollars ($63 million U.S.; all dollars below converted to U.S. on Nov. 7) during the third quarter, down 14% year over year, according to the company’s quarterly report.

GFL records its recycling business result under the “material recovery” business, which is part of the larger solid waste business. The solid waste business brought in revenue of $1.09 billion and adjusted EBITDA of $314 million in the third quarter, up 27% and 15% year over year, respectively. The revenue number was driven in large part by acquisitions.

Material recovery brings in less than 5% of GFL’s operating revenue. The company reported total revenue of $1.36 billion in the third quarter, up 33% year over year.

The company’s recycling results are recorded under its “Resource Solutions” operating segment, which reported revenue of $80 million during the third quarter, up 27% year over year. Most of that was because of acquisitions, however.

According to the company’s quarterly report, third-quarter Resource Solutions revenue was $17 million higher than it had been a year earlier. The company attributed the increase to several factors, including acquisitions.

Specifically, acquisitions resulted in an increase of $11.5 million, and an increase of $9 million was from higher volumes on organic business growth, favorable pricing and increased fees. On the downside, decreased commodity values and volumes reduced the year-over-year change by about $3.5 million.

During the quarter, the Resource Solutions segment reported operating income of $4.5 million, down 32% year over year.

“In fact, commodity prices hit a high point back in April and have declined roughly 55% a ton from April through September with weakness across all classes,” he said.

However, during the call, CEO John Casella credited the company’s sustainability recycling adjustment (SRA) fee with helping to buffer the impact of falling recyclables prices.

Overall, Casella reported revenue of $295 million during the third quarter, up 22% year over year.

The company’s recycling business brought in $46 million in revenue during the third quarter, down 17% year over year.

According to the company’s quarterly report, prices for OCC, aluminum, plastics and other paper products were all lower than they had been a year earlier.

In a Nov. 3 conference call with investors, Jackman said third-quarter commodity revenues were down nearly 35% year over year, excluding revenue impacts from acquisitions. The revenue fell about 30% from the second quarter, he noted, about twice as bad of a drop as Waste Connections was expecting.

Recycling makes up less than 3% of Waste Connections’ operating revenue. Overall, the company reported total revenue of $1.88 billion during the third quarter, up 18% year over year. Over half of that revenue increase was a result of acquisitions of other companies, however.

Like a couple of the other major haulers, Waste Connections recently published its sustainability report.