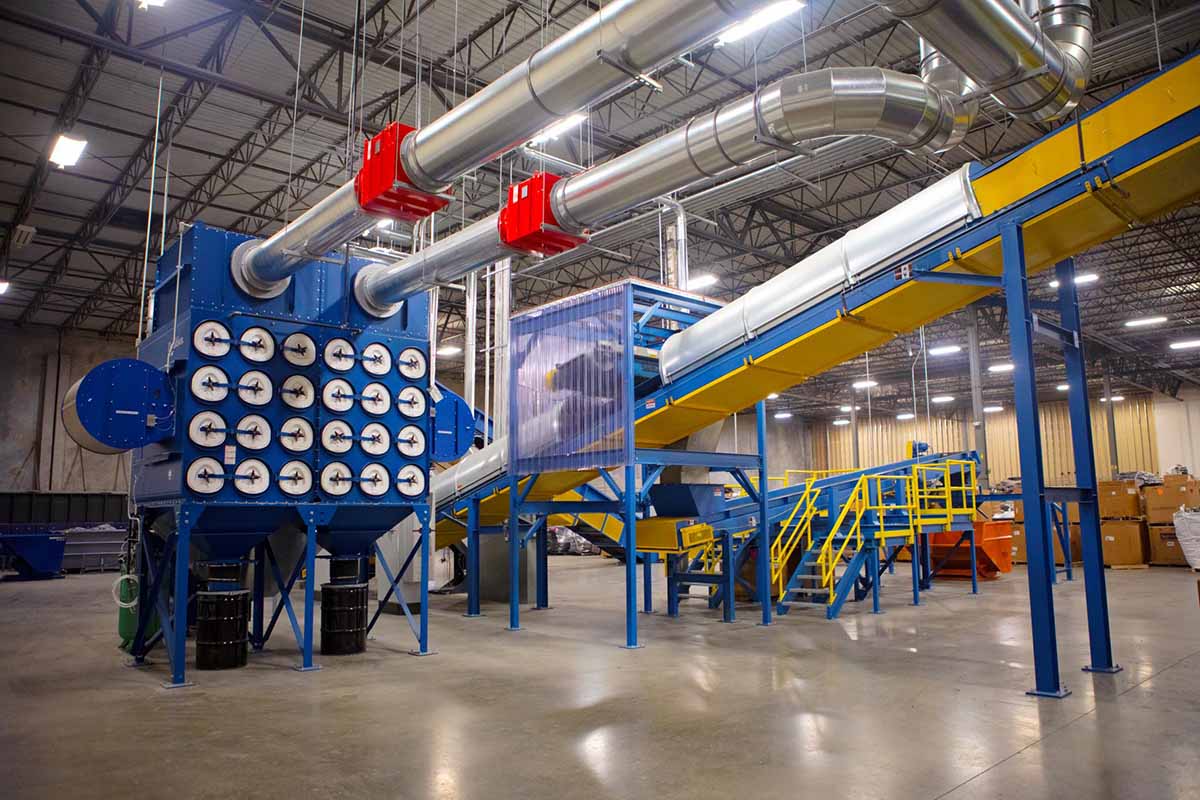 Electronics shredding operations are taking place at evTerra’s Atlanta facility, but several other facilities are in the works. | Courtesy of Igneo

Electronics recycling firm evTerra has plans to soon be running four plants across the U.S., part of a strategy to ensure a steady stream of material to the Igneo secondary smelter slated for Savannah, Ga.

Igneo is evTerra’s parent company and launched the processing arm in 2021.

The first evTerra facility is a roughly 100,000-square-foot site in Atlanta that began shredding low- and mid-grade e-scrap in 2022 (the company also has a Tampa, Fla. sales office).

Igneo (formerly called WEEE Metallica) operates a secondary smelter in France that processes exclusively e-scrap, as opposed to other smelters/refineries that take in a wide variety of virgin mined and scrap resources.

A White Plains, N.Y.-headquartered company, Igneo uses a pyrolysis technology to process low-grade electronic scrap into a copper concentrate, which is shipped to refineries for further processing into precious and base metals fractions. Igneo last fall announced plans to build an $85 million secondary smelter at the Port of Savannah using its technology.

Jeff Gloyd, an industry veteran and the newly hired president of evTerra, said the Igneo facility is slated to open in the first quarter of 2024.

In the meantime, evTerra is working to grow in different areas of the country to be ready to supply the smelter. Gloyd said ownership by a precious metals recovery company and its focus on electronics that may otherwise be landfilled – as opposed to higher-grade scrap or reusable devices – makes evTerra unique.

“Really, I think the differentiator for us is that the focus is truly on low- and mid-grade material,” Gloyd said. “We’re talking about a lot of material that electronics processors – of course everyone in the [IT asset disposition] industry – is not interested in.”

“There’s a lot of companies saying, ‘We don’t want this stuff.’ Even shredding companies,” he added.

Gloyd explained that the vision is for evTerra to serve as a feedstock collection and preparation operation to supply circuit boards to the smelter, which will also purchase printed circuit boards from other e-scrap companies.

Now, evTerra is planning to copy and paste the Atlanta headquarters facility in several other U.S. locations.

First, Gloyd explained, the company is working to open a plant in Henderson, Nev., which is outside of Las Vegas. Pieces of the processing system have arrived but haven’t been assembled yet. That plant is expected to open in the next couple of months.

Next, evTerra is going through the process of closing on leases for spaces near Chicago and San Antonio, he said. The expectation is the Chicago facility will open in the third quarter of 2022 and the San Antonio facility in the fourth quarter of 2022.

Each will be around 100,000 square feet and have identical shredding and separation systems, facility layouts and certifications, which will include NAID, e-Stewards and R2 certifications, he said. The processing systems will be SSI Quad Q145 shredding and separation systems with magnetic sorting equipment, he said. Staff are currently reviewing and testing options for optical sorters.

Jeff Gloyd of evTerra will be a speaker on a 2022 E-Scrap Conference session exploring how different processors are growing in response to market conditions. The conference takes place Sept. 19-21 in New Orleans. Sign up today!

Having clones of a facility allows for universal training and equipment parts, making it easier to transfer people and repair parts between plants, he noted.

“There’s a lot of efficiencies we think that are coming from that,” he said.

Focus on material at risk of disposal

The company’s goal is to provide value to nonprofit organizations such as Goodwill, companies and government agencies to incentivize them to send e-scrap to evTerra, rather than dispose of it, thereby boosting recovery rates even in states where e-scrap landfilling is legal, he said. The company’s focus and integrated business model will help it provide that value, he noted.

Gloyd said the principles and vision of the company leadership were part of what attracted him to the position of evTerra’s president, a position he assumed on May 31.

Gloyd has extensive experience in the recycling and waste sectors, both on the public and private sides. He worked for e-scrap recycling company Universal Recycling Technologies (URT) for over eight years. Before that, he worked at Waste Management and the county of La Crosse, Wis.

After leaving URT, he started consulting firm Gloyd Recycling Solutions, through which he still does work for various clients.

A version of this story appeared in E-Scrap News on June 30.