Scrap paper exports jump 21% in first half of year 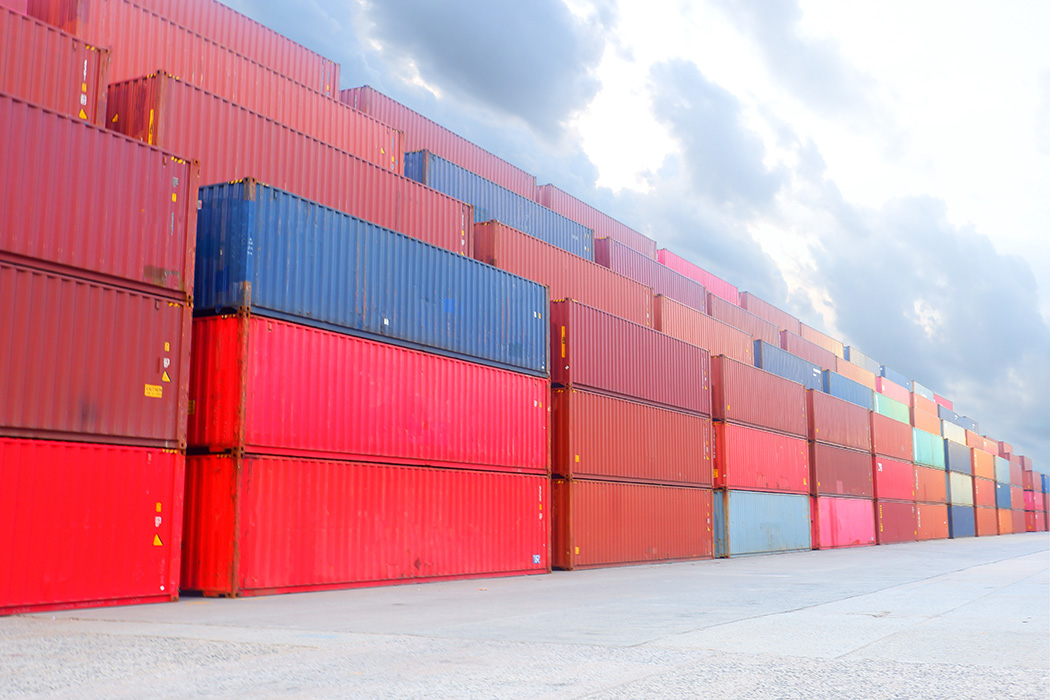 Recovered fiber exports increased significantly during the first six months of 2021 compared with the same period last year, with a spike in material moving to India and Thailand. Plastic exports were steady year over year.

India brought in the largest portion of recovered fiber by far. The country imported 2.4 million short tons of the material, more than a quarter of all U.S. scrap fiber exports during that period.

India’s import quantity also represents a major increase year over year: In the first half of 2020, the country imported 970,000 short tons of U.S. recovered fiber.

The increases into these countries are tempering the impact of China’s National Sword import restrictions, which were anticipated to leave a major hole in the global fiber export market.

The 2021 half-year figure for total U.S. scrap fiber exports is down 12% compared with exports during the first half of 2017, the last period before China’s import restrictions took hold. Recovered fiber is now officially banned from import into China.

Recovered pulp exports from the U.S. are also continuing. This is a relatively new business model, in which recovered fiber is collected and pulped in the U.S. and shipped elsewhere for final product manufacturing. 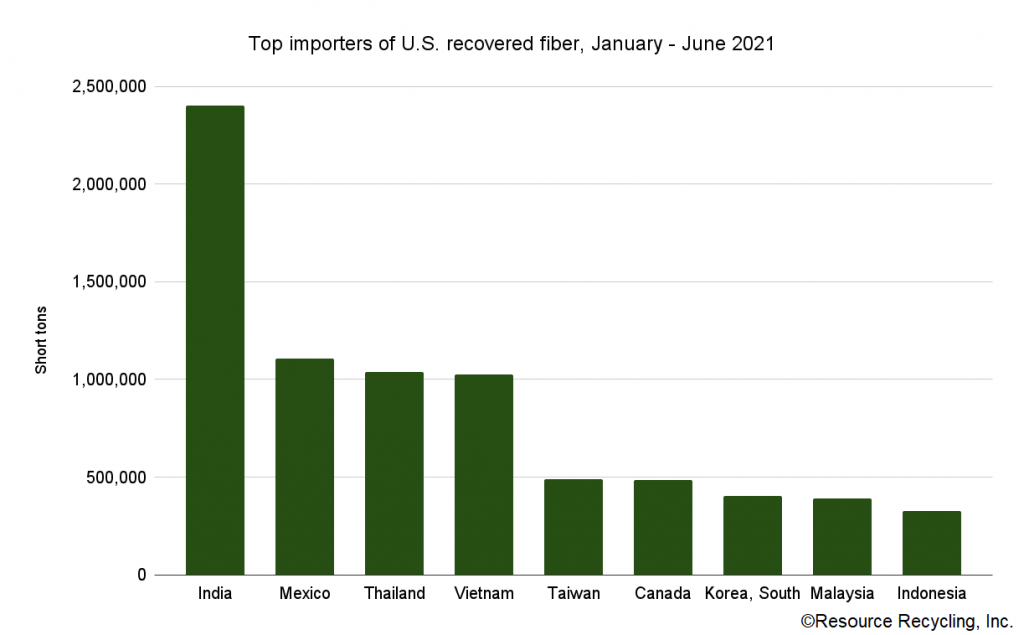 U.S. companies exported slightly more recovered plastic during the first half of this year than in the same period in 2020.

Exporters shipped out 643.8 million pounds of scrap plastic from January through June, just higher than the 641.6 million pounds exported a year earlier.

Canada brought in the largest share of the exports. The country imported 190.1 million pounds of scrap plastic, or nearly 30% of all U.S. exports of the material. Canada hasn’t imported that level of U.S. plastic during the first-half-year period since 2016.

The export increase into Canada follows an agreement between the Canadian and U.S. governments to preserve the ability to ship recycled plastic across the border, in light of Basel Convention regulatory changes. Broadly speaking, the Basel Convention changes have increased regulatory oversight of scrap plastic shipments and have officially closed the door for the U.S. to send the material to certain countries.

The U.S. is not a party to the Convention, triggering a prohibition on party-countries trading certain plastics with the U.S. Still, export figures show the U.S. continues to send material into Basel-party countries.

Malaysia, for example, imported 118.5 million pounds of scrap plastic during the first half of the year. The country is a party to the Basel Convention and has increased its focus on plastic waste imports in recent years. Some types of scrap plastic exports from the U.S. to Malaysia are considered prohibited currently – mixed plastics, for example, would likely fall under the prohibition.

But a high-profile export case earlier this year offered some clarity on how the rules are being interpreted and which materials are allowed in.

After anti-export groups flagged a shipment of plastic headed from the U.S. to Malaysia in February, Malaysian inspectors intercepted the container and inspected it when it reached the country. They reported the container held scrap polyethylene and was within the country’s import criteria for clean, separated scrap materials. That placed the load outside the Basel Convention designation that would have prohibited it from entering the country.

The January through June export figures show 67% of the plastic shipped to Malaysia was designated as polyethylene. The “other” plastics category, which typically includes mixed-plastic bales, plastics recovered from electronics and other mixed material streams, made up 14%.

A majority of the plastic shipped into Canada was identified as “other” plastics. 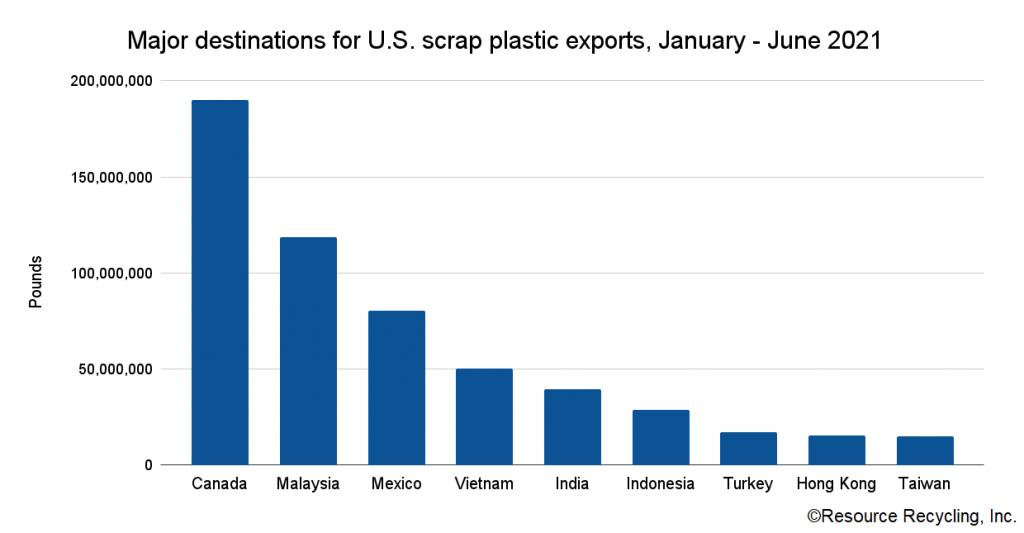