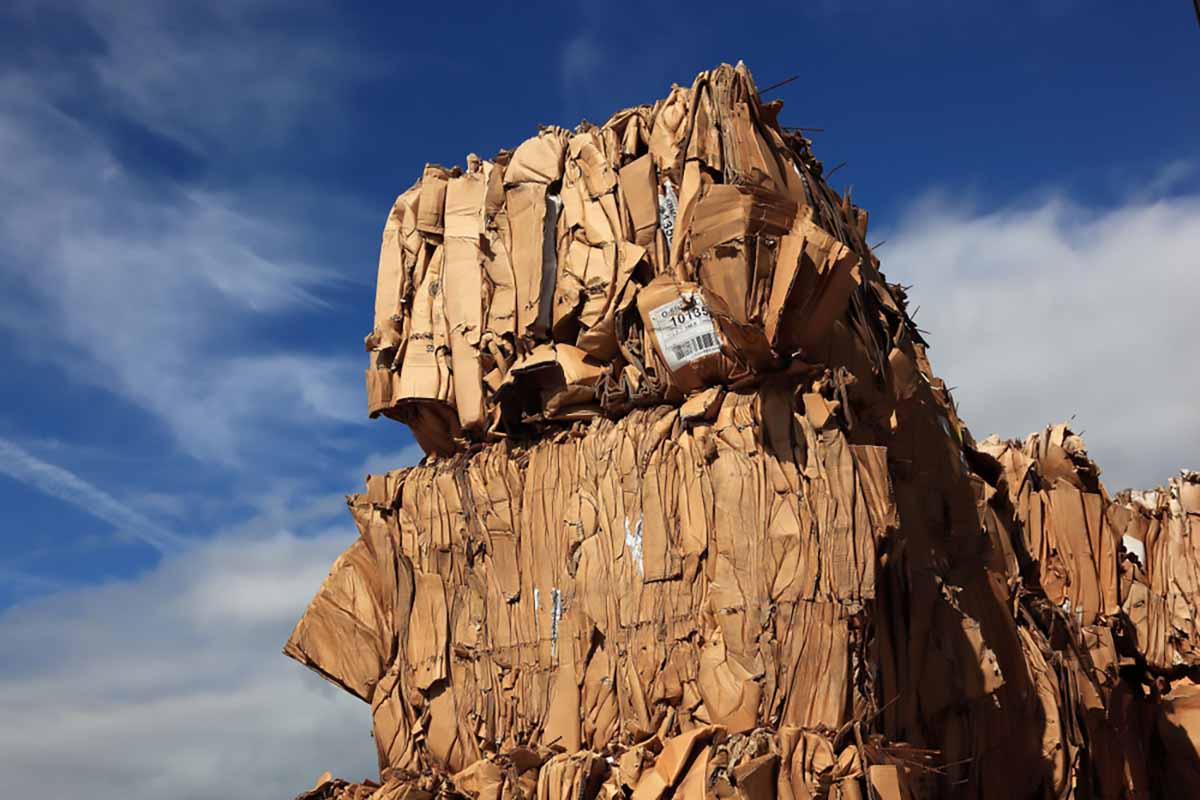 Paper mills experienced a turbulent year for fiber sourcing in 2020, when OCC prices skyrocketed from $25 per ton in January to $107 per ton just four months later, according to RecyclingMarkets.net. Prices leveled off and remained around $55 to $65 per ton for the remainder of the year, but they have slowly crept back up again in 2021.

As of May, the fiber grade was sitting at $97 per ton, according to RecyclingMarkets.net.

For recycling operators, a major takeaway is that material buyers expect to be forced to pay current or higher prices for the remainder of 2021.

International Paper, which is among the largest paper companies in the world, reported that “higher recovered fiber costs were another significant headwind in the quarter.” Mill operators Graphic Packaging, Sonoco and WestRock reported the same.

“This reflects the high domestic demand levels for this fiber as containerboard production levels have responded to pandemic buying patterns and export activity,” said Mario Plourde, CEO of Cascades.

Cascades reported overall “increased activity” in the recovered paper market in the first quarter. “Domestic demand remained robust and export prices [remained] high, with limited container availability and port congestion,” Plourde said. That being said, the company has not had difficulty securing fiber recently, he said.

As a whole, mill operators anticipate OCC prices will rise moving forward in 2021.

Packaging Corporation of America CEO Mark Kowlzan said he is “certainly expecting they’ll move up in the second quarter and for the full year.” He said OCC prices could be up by close to 50% more than the 2020 average.

“Something in that ballpark is what it seems like right now,” he said.

“That’s more than probably it was expected 30 days ago, but you know, everyone knows the strength of the containerboard market, that continues,” Fuller said. “We’re seeing very strong bids for any new open opportunities that come forward for future contracts for OCC. We’re starting to see some more availability of containers – still pretty tight but they’re becoming available. So you’ll start to see more exports. So all of that in our opinion is going to drive OCC up a little bit further than what was expected probably 30 days ago.”

WestRock Chief Financial Officer Ward Dickson shared similar sentiments, stating that “the single biggest driver of inflation for us, and I’ve been signaling this all year long, was going to be recycled fiber.”

Cascades saw higher generation of recovered fiber toward the end of the first quarter, and the company sees that continuing. “We expect similar OCC dynamics to persist for the coming months, with domestic demand remaining robust, persistent export activity and OCC trading [within] a narrow range of the current level,” Plourde said.

The company also reported there is high export activity, mainly to India, which is by far the largest importer of U.S. recycled fiber.

Packaging Corporation of America announced that it completed its Wallula, Wash. recycled fiber conversion and started it up in February. Kowlzan noted that the recycled fiber line gives the company greater flexibility in feedstock sourcing. But he also described how it is beneficial for the fiber production process.

“Recycled fibers of any kind drain and dry much more easily than virgin fiber,” Kowlzan said. “And so, by mixing now the OCC in with our virgin kraft fiber at the Wallula mill, we’re seeing, as we expected, much higher speeds on the machines.”

Since starting the OCC line, the Wallula mill has been able to add about 100 tons per day more production on one of the facility’s paper machines, he said.

Cascades plans significant investment in a recycled fiber mill conversion in Virginia this year. The company first released its plans for the Bear Island, Va. newsprint mill in 2018, noting the company would convert the mill to produce recycled containerboard in the next few years. The company most recently announced it is proceeding with the project late last year.

In its recent earnings call, the company announced it has budgeted $250 million for the Bear Island project for 2021. In last year’s release, the company floated a full-project budget of $380 million.

Charles Malo, Cascades’ president and chief operating officer, said the site is “progressing well” and is on schedule. He said Cascades aims to start up the converted mill in December 2022.

Malo added the company’s initial goal is to secure 150,000 tons per year of inbound fiber for that mill. Ultimately, the company plans an annual production capacity of 465,000 short tons, reaching full scale by the end of 2025.

Sonoco officials reported progress on the company’s recycled fiber mill project in Hartsville, S.C., dubbed Project Horizon. This project was first announced in April 2020, and it includes converting a paper machine to produce 180,000 tons per year of recycled paperboard.

During the recent call, Sonoco CEO Howard Coker said the project had “a slow start due to the pandemic,” which delayed the conversion by one quarter. But he said the company is making solid progress on it and that Sonoco expects the recycled fiber conversion to be complete by the second quarter of 2022.

Mill operator Domtar, which last summer announced a recycled packaging mill conversion in Kingsport, Tenn., recently reported that the project is on schedule and is preparing to begin construction.

“We’ve ordered all our major pieces of equipment, including the OCC processing equipment” and a linerboard machine, CEO John Williams said.

Domtar was recently acquired by Canadian fiber giant Paper Excellence. The sale was announced after the earnings call, so it was not discussed. The announcement did not touch on Domtar’s recycled fiber project but did note that Paper Excellence “intends to continue the operations of Domtar as a stand-alone business entity,” led by the same management team and operating its existing production facilities.