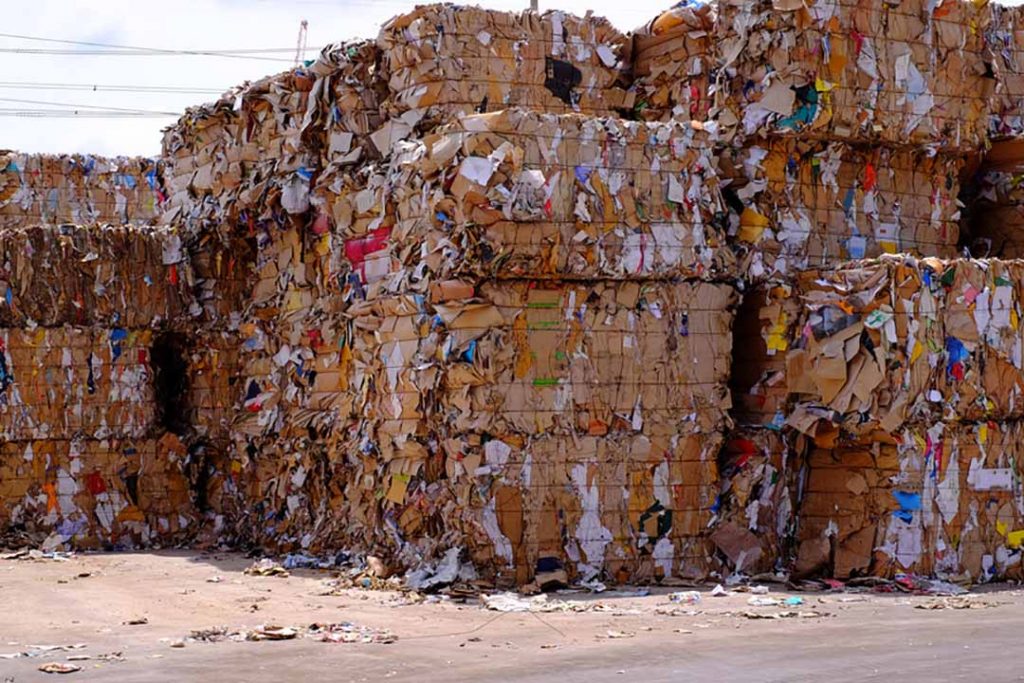 A company spokesperson told Resource Recycling that upon conversion the mill will use about 660,000 tons per year of OCC and mixed paper as feedstock. | SocoXbreed/Shutterstock

The publicly traded mill operator on Aug. 7 announced that it will stop producing printing and writing paper grades at its Kingsport, Tenn. mill, which has been idled since April due to declining customer demand. The company will convert the mill to produce recycled linerboard and medium, materials that are used in manufacturing containerboard.

The conversion will take 28 to 31 months to complete and the new arrangement is slated to be operational by the first quarter of 2023, at the latest, according to Domtar.

“Once in full operation, the mill will produce and market approximately 600,000 tons of high-quality recycled linerboard and medium, providing the company with a strategic footprint in a growing market,” Domtar stated in a release.

A company spokesperson told Resource Recycling the mill will use about 660,000 tons per year of OCC and mixed paper as feedstock. The recycled fiber conversion will cost between $300 million and $350 million, Domtar estimates.

The mill project joins a growing list of facilities converting or being developed to produce containerboard. Demand for this packaging has grown alongside the rise of e-commerce and has increased even more during the COVID-19 pandemic.

Domtar, which operates 13 pulp and paper mills in North America, stated that the Kingsport mill is “less than a day’s drive from over 60 customers representing an addressable 3.9 million tons of annual containerboard demand.”

The conversion was announced alongside Domtar’s second-quarter earnings report. During the company’s earnings call, CEO John Williams said Domtar is in “very good shape” as far as sourcing recovered fiber to stock the mill. He suggested Domtar does not plan to develop its own recycling infrastructure to supply the facility.

Domtar says the mill will have the second-largest recycled containerboard machine in North America. The company already placed an order for the mill’s stock preparation system from Voith, Williams said.

The decline in printing and writing paper demand has driven other companies to shift into the recycled packaging market as well, including North Pacific Paper Company (NORPAC). The demand drop has accelerated during the pandemic, leading multiple paper mills to idle their operations.

Domtar noted that the Kingsport conversion is part of a plan that’s been in place for two years, to “adjust our white paper capacity to match customer demand.” But COVID-19 has played into those plans, as well.

“While we expect the decline to level off as the economy recovers and businesses reopen, we do not believe that paper demand will reach its pre-pandemic levels, and we have determined some time ago that containerboard will maximize the value of the Kingsport assets,” Williams said.