Researchers tout benefits of a US bottle bill 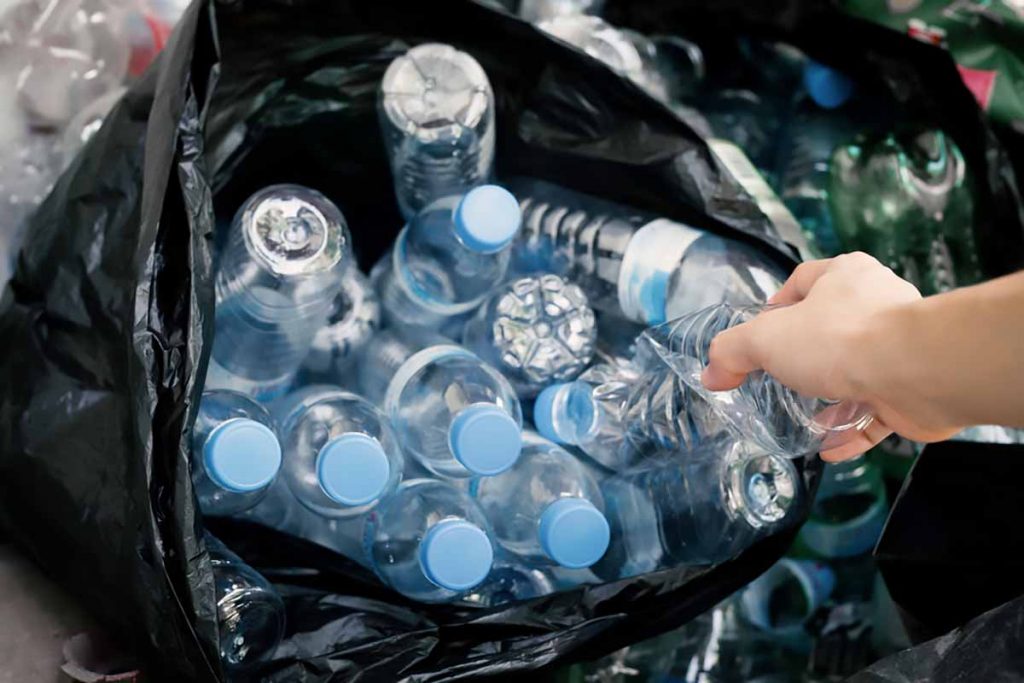 Researchers estimate over 74 billion PET bottles were landfilled, burned or littered in the U.S. in 2019. | Teerasak Ladnongkhun / Shutterstock

A new report estimates that a nationwide bottle deposit program would reduce the number of drink containers each American wastes to 67 per year, down from 426 under the status quo.

Meanwhile, a different report found that states with bottle bills have about half as much beverage container litter per capita as states without deposit programs.

The documents come as some of the giant beverage brands, which have historically opposed bottle bills, have become more receptive to deposit programs, depending on how they’re structured.

Ten states and the territory of Guam currently have bottle bills.

Reloop, a nonprofit group that supports bottle bills, estimated in the “What we waste” report that over 74 billion PET bottles, 50 billion aluminum cans and 15 billion glass bottles were landfilled, burned or littered in the U.S. in 2019. The numbers come out to about 426 containers per person per year.

“This wasteful approach means millions of tonnes of unnecessary climate emissions, substantial unnecessary cleanup costs for city, county and state governments, and ecological effects that will last decades,” Elizabeth Balkan, director of Reloop Americas, stated in a press release. “One worthwhile measure to reduce waste is at hand, though: a nationwide deposit on [beverage] cans and bottles, which forms part of legislative proposals already under consideration. This approach, used already in 10 states and common in Europe, would reduce wasted cans and bottles here by 84%, and it is an option Congress should now be taking very seriously.”

A national bottle bill is included in legislation that was introduced in Congress in March.

According to Reloop, a high-performing U.S. bill that achieves redemption rates of around 90% – such as those in Oregon and Michigan – would cut U.S. drink container waste down to 22 billion containers per year, or about 67 per person.

Reloop cautioned that its estimates are likely undercounts, as well. The sales dataset didn’t include wine, spirits, milk, pouches or cartons. Also, the glass recycling rate number came from EPA’s 2017 number, which the Container Recycling Institute thinks is an overestimate, according to Reloop.

Earlier this month, Keep America Beautiful (KAB), a national nonprofit group, posted some data points from a comprehensive report about litter. Within the document, which was prepared by Burns & McDonnell, is an estimate that states without container deposits have about twice as much beverage container litter as bottle-bill states. A survey found that bottle-bill states had about four littered deposit containers per capita, compared with eight for non-deposit states.

That was true for both roadway litter and litter along waterways.

Maia Corbitt, who is leading a legislative lobbying effort to bring a deposit-like program to Texas, said KAB has historically not supported bottle bills. Corbitt is director of advocacy and mission giving for the Garver Black Hilyard Family Foundation, which donated the funding for the KAB reports’ bottle deposit state comparison data and is committed to seeing the results published, she said.

“I think there are signals that the loyal opposition is coming around to the benefits of a bottle deposit system –  and recognition that many of the other provisions in the Break Free From Plastic Pollution Act are much less palatable, said Corbitt, who joined the KAB board earlier this year. “I smell a compromise.”

With regard to deposit programs, ABA has softened its outright opposition to them over the past year or so, saying it can support programs if they’re designed in particular ways.

“[The goal is] making sure that it’s set up in a way that’s truly fair and is helping push recovery at the core of it,” said Ray, who is sustainable packaging program director at The Coca-Cola Co. “We see some programs that just have some gaps and we aren’t really getting to the bottom of making sure all those bottles and cans are coming back through the system as bottles and cans. So thinking through how you set up that right framework is critical.”

This story has been corrected to clarify that Keep America Beautiful (KAB) published data points from the litter study but did not publish the full report. The story has also been updated to clarify Corbitt’s comments regarding KAB’s position on bottle bills. Lastly, details about Garver Black Hilyard Family Foundation funding for the bottle bill research were added to the story.