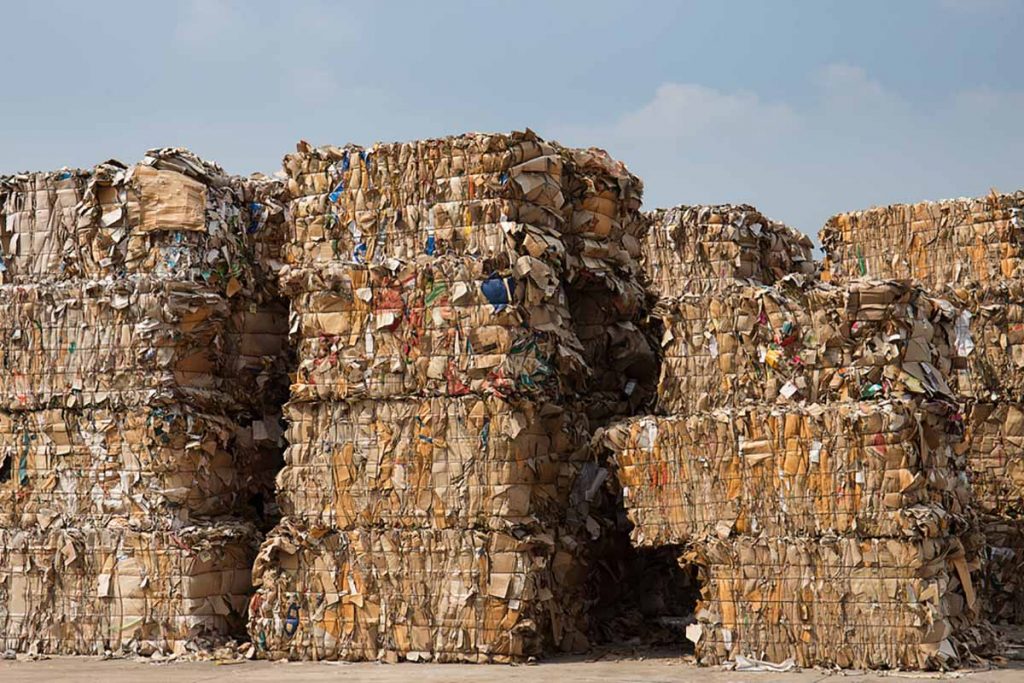 A collapsing market for printing and writing papers has led to a few mill conversions. | Siwakorn1933/Shutterstock

Nine Dragons is shifting toward recycled packaging at a U.S. mill, citing an “unprecedented” decline in demand for printing and writing paper. The company is just one of several paper producers responding to changing markets with mill conversions.

ND Paper, the U.S. division of Chinese paper giant Nine Dragons, this month announced its move further into packaging production at its Rumford, Maine mill. The company purchased the mill and three other U.S. facilities in 2018.

The shift is significant for the recycling sector, in part because OCC and mixed paper more frequently go into packaging than higher-end printing paper.

COVID-19 is driving the current changes. The Rumford mill “is heavily weighted toward bleached grades serving printing and writing (P&W) markets,” the company stated. “With the COVID-19 pandemic battering economic activity across the world, demand for P&W papers has plummeted.”

In 2020, two P&W grades produced at the Rumford mill are expected to decline 23.5% and 30.3% year over year, representing a drop of 1.4 million tons of output, according to the company.

“To ensure a viable, profitable future for the Rumford division, ND Paper will be transforming the mill to increase its product flexibility and shift further into packaging grades,” the company stated.

These changes will include converting one of the three paper machines from producing P&W to linerboard, which is used in containerboard. A separate paper machine will be upgraded to have an expanded capacity to produce unbleached recycled bags and converting papers, which go into envelopes, folders and similar applications.

The shift will also include “commissioning of an unbleached recycled pulp line to provide fiber flexibility” for the mill’s paper machines, in line with previously announced plans to add recycled pulp capacity at the mill.

As part of the change, the company will lay off an unspecified number of employees. The company anticipates the project will be complete by the end of this year.

ND Paper said these moves will help the company balance the “deteriorating” P&W market in the U.S.

“The onset of this unprecedented demand decline happened much more quickly than could possibly be anticipated,” ND Paper CEO Ken Liu stated in a release. “However, while other mills have exited the market and closed their doors, ND Paper is repurposing the Rumford Division for a competitive future.”

In August, mill operator Domtar announced plans to convert a P&W paper mill to produce recycled packaging. The mill has been idled since April because of declining demand.

The demand shift is visible internationally as well. This month, Indian trade publication PrintWeek published estimates that the global demand for P&W papers is “expected to shrink by 18%” in 2020.

“The writing and printing segment has been the worst-affected sector in the paper industry due to its huge reliance on the education sector,” analyst Deepak Mittal stated in the PrintWeek article. “Close to 60% of the demand of the segment comes from the education segment.”

Beyond these major industry trends, in earnings calls, several paper companies provided updates on projects that will boost their capacity to use recovered paper:

Sonoco: Howard Coker, president and CEO, on Oct. 22 referenced the “Project Horizon” initiative at the company’s Hartsville, S.C. mill complex. Through this effort, the company will convert a virgin fiber machine to produce 180,000 tons per year of recycled paperboard. That project is slated for a 2022 start-up.

Packaging Corporation of America: The company is on track to start up an OCC pulping plant at its Wallula, Wash. mill early next year, company officials said on Oct. 27. As the company previously announced, the mill will be able to process 350,000 tons per year of OCC.

Domtar: The company’s $300 million recycled containerboard mill conversion in Kingsport, Tenn. (referenced above) is “proceeding as planned,” company CEO John Williams stated on Nov. 6. “We are putting all of our efforts into enabling a startup by the end of 2022,” he said.

The mill will be able to produce 600,000 tons per year of recycled linerboard and medium, which go into containerboard. Equipment producer Voith is supplying the mill, and construction is slated to begin in the second quarter of 2021, Williams said. The company is currently working on fiber procurement and other preliminary arrangements.